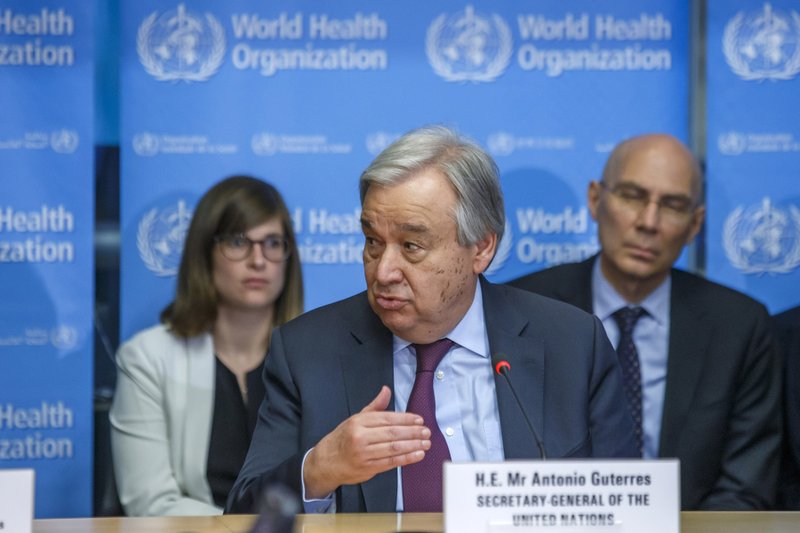 FILE - In this Feb. 24, 2020, file photo, U.N. Secretary-General Antonio Guterres speaks during an update on the situation regarding the COVID-19 at the World Health Organization (WHO) headquarters in Geneva, Switzerland. Communist guerrillas in the Philippines said Wednesday, March 25, 2020, they would observe a ceasefire in compliance with the U.N. chief Guterres' call for a global halt in armed clashes during the coronavirus pandemic. (Salvatore Di Nolfi/Keystone via AP)

France's troops in Iraq to be sent home

PARIS -- The chief of staff of the French armed forces said in a statement Wednesday night that France is suspending its anti-terrorism training operations in Iraq and sending home its Iraq-based troops involved in the U.S.-led coalition against the Islamic State militant group.

France, which has suffered repeated attacks on its soil by Islamic State extremists, is maintaining military operations in Kuwait and Qatar, as well as air force missions over Syria.

France plans to deploy helicopter carriers in its overseas territories, and it has transported the sick on military planes and an aircraft carrier in the Mediterranean. The French military also built a field hospital in the eastern city of Mulhouse, located in the region of France hardest-hit by the outbreak.

France had almost 26,000 confirmed cases as of Wednesday and the fifth-highest number of virus-related deaths in the world, at more than 1,300. 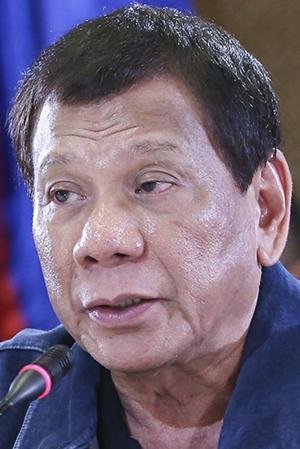 MANILA, Philippines -- Communist guerrillas in the Philippines said Wednesday that they would observe a cease-fire in compliance with the U.N. chief's call for a global halt in armed clashes during the coronavirus pandemic.

New People's Army guerrillas have been ordered to stop assaults and shift to a defensive position from today to April 15, the Communist Party of the Philippines said in a statement.

The rebels said the cease-fire is a "direct response to the call of U.N. Secretary-General Antonio Guterres for a global cease-fire between warring parties for the common purpose of fighting the covid-19 pandemic."

The communist insurgency has raged mostly in the Philippine countryside for more than half a century in one of Asia's longest-running rebellions.

The rebels said their cease-fire is unrelated to a similar move by the military and police but that it could foster preliminary talks to resume long-stalled negotiations.

President Rodrigo Duterte declared a unilateral cease-fire with communist guerrillas last week to focus on fighting the coronavirus outbreak that prompted him to place the northern third of the country under a strict quarantine. The rebels are active in the northern region, home to more than 50 million people.

COPENHAGEN, Denmark -- A 40-year-old Norwegian citizen of Iranian descent has been charged with helping an unnamed Iranian intelligence service carry out a plot on Danish soil to kill an Iranian opposition activist, a prosecutor said Wednesday.

Prosecutor Lise-Lotte Nilas said the man, who was not identified, is suspected of gathering information that, according to the investigation, was to be used to carry out a murder in Denmark.

The suspect has denied any wrongdoing. He was arrested in Sweden and extradited to Denmark.

The man allegedly photographed and made videos of a person's home on orders from an Iranian intelligence service, Nilas said. He was arrested in October 2018 in a suspected plot to kill an Iranian Arab opposition figure in Denmark.

He is charged with illegal intelligence activity and complicity in attempted murder.

The plan was thwarted by Danish police.

A September 2018 police operation related to an alleged Iranian plot briefly cut off Copenhagen from the rest of Denmark. The target of the plot was a leading member of the opposition Arab Struggle Movement for the Liberation of Ahvaz.

The suspect's trial is set to start May 1 in Roskilde, 40 miles west of Copenhagen.

The governmental commission issued a statement condemning the killing of Isaac Medardo Herrera on Monday night.

His neighborhood activist group in Jiutepec posted a statement saying the killers knocked on the door of Herrera's home and shot him before fleeing.

Herrera had led a fight over at least four years to stop plans to build a housing development on the Los Venados tract, an environmentally sensitive woodland area in Jiutepec, just south of Cuernavaca. The development was halted, and the area was supposed to be used as a nature reserve.