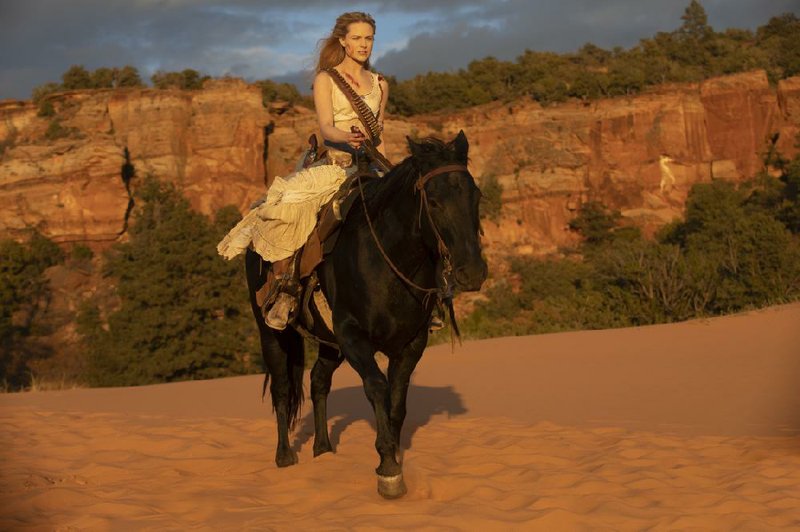 Passions were stoked, hearts were hardened and hard lines were drawn four years ago. Tribalism prevailed, and opposing sides have been arguing their entrenched positions ever since.

We're talking about the debate around HBO's sci-fi drama Westworld, of course, the award-winning series that debuted in 2016 and returned to the fold March 15 with a third season of murderous robot fun.

The dystopian mind-bender of a series has inspired little to no gray area between its fans and critics. One side sees the show as a multifaceted maze of reality-meets-fantasy genius. The other complains it's a confusing tangle of future-shock nonsense.

The common ground here: We all love the fact that there's nothing easy about Westworld, and apparently so does the Television Academy. The drama has garnered 43 nominations and nine wins despite its labyrinth of untraceable timelines, layers of cyber-subterfuge and unanswered questions about metaphysical quandaries and human existence.

Just like the guests at Westworld, it took sexy robots and a stunning theme park simulation of the Wild West, to lure viewers in.

When the series debuted in 2016, it was set in the fabricated outpost of Sweetwater, where lifelike, mechanized "hosts" catered to the vicious, hedonistic whims of wealthy human guests in saloons and brothels and out on the ol' ponderosa. Guns, whiskey, hubris and mechanical slaves programmed to kill. What could go wrong? Lots, which is initially why we kept watching.

The robot revolt spanned season two, which was a stunning mix of cowboy shoot-'em-ups, samurai swordplay and anarchy at the once secure and sterile Delos headquarters. The hosts defied their predestined loops, breached boundaries into other parks and eventually massacred their masters -- and each other -- in a blood-spattered, cortical fluid-drenched finale.

The theme park was transformed into a horror show of severed limbs and disembodied hard drives, then closed. But at least one murderous unit appeared to have escaped, presumably taking the man-vs.-machine war to the real world.

And that's the simple recap. Countless dangling subplots and questions remained, garnering strong reactions from fans like me asking, "What the hell just happened?!"

Season three isn't about to stop to explain all that other stuff that still plagues the modest human brains of its audience: What about that pointless romp through Shogunworld and The Raj? Or the portal to robot heaven? What was the meaning of the snake tattoo again? Is the cannibal coming back?

What we do know from watching the four episodes of the new season made available to the press is that there are new mysteries to ponder, and that many of the characters who made the laborious journey through Sweetwater and Delos headquarters have been brought back for season three. Returning are victim-turned-predator Dolores Abernathy (Evan Rachel Wood), bespectacled mastermind Bernard Lowe (Jeffrey Wright), puppet/puppet master Maeve Millay (Thandie Newton) and consummate villain The Man in Black (Ed Harris).

The latest nasty villain here is big data, and how corporations are turning society into armies of meat puppets whose lives are hacked and whose destinies are predetermined by algorithms. Or at least that's what I think the new season is about. There are likely a dozen other factors I won't understand until I rewatch each episode four times, read several recaps and listen to at least one decoding podcast.

HBO's tease for the new season isn't much help: "Follow the dawn of artificial consciousness and the evolution of sin in this dark odyssey that begins in a world where every human appetite can be indulged." It's in keeping with the cable giant's previous description of the show as "(an exploration of) questions about the nature of our reality, free will and what makes us human."

And with hot robots as your guides. Don't forget them. They will take your job someday -- if they don't kill you first.

Westworld is an artfully produced trip through topical and imagined wormholes, and the fact that it loses its way as often as its characters lose their minds is at once apropos and frustrating. It ushers viewers into a web of dueling narratives and terrifying insights about the collision of humanity and technology and the dangers of overindulgence -- all themes that speak to our own modern struggles while grappling with the melee in a fictional realm.

It's comforting and disturbing, though you can take heart that future LA has no traffic because hover cars are a thing. The demise of humanity has a bright side after all!

Sure, Westworld is so chronologically complicated it would take an actual team of robots, replete with high-level decryption programs, to explain exactly what the show is about, or where it's going, or even where it has been. HBO's other topical sci-fi series, the chilling Watchmen, has spurred a similar debate: Is it really smart or just really messy?

Expect the passions around Westworld to erupt once again when season three arrives, confusion reigns and the series' fans and detractors face-off to defend their side.