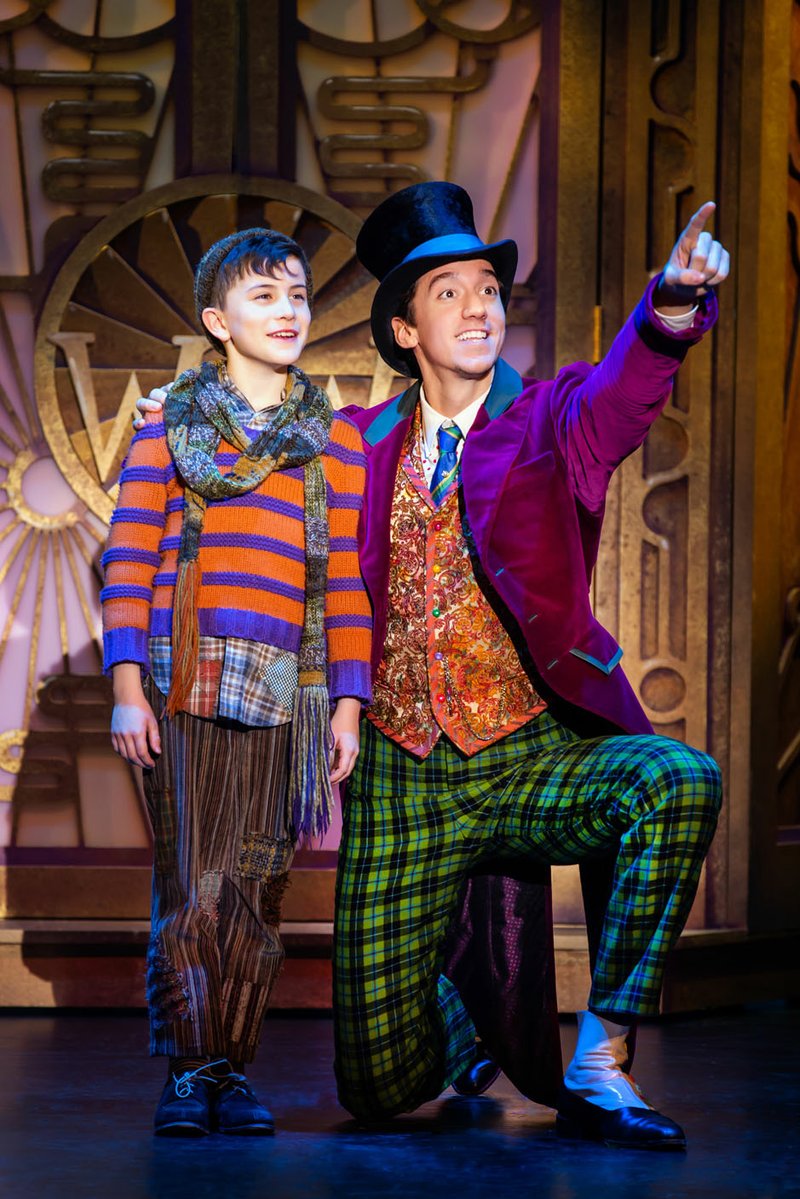 On the cover: "Charlie and the Chocolate Factory" is one of five brand new shows making their Arkansas debut during the Walton Arts Center's 2020-21 Broadway season. (Courtesy Photo/Walton Arts Center)

A prevalent theme in Walton Arts Center's 2019-20 Broadway season was how the series served as viewers' passport to the world. The current season has taken audiences to the French Antilles, Russia, France, Margaritaville and will transport them back to Russia and to Israel in the two remaining shows of the season. For the 2020-21 season, the journey is a little closer to home, reveals Scott Galbraith, vice president of programming and executive producer.

"We're still visiting foreign places, but this [coming] season, more than the current season, gives us an opportunity to look inside and evaluate what it is to be our authentic selves," Galbraith says of the just-announced lineup. "It's more introspective. Finding value in who you are as opposed to how you speak or how you dress, it's those things that permeate this whole season. We're traveling inward."

Shows like "My Fair Lady," "Mean Girls," "An Officer and a Gentleman" and "Come From Away" also reflect the strength of the female character -- another motif Jennifer Ross, director of programming, points out is developing within the series.

Building the Broadway schedule each season may involve countless variables that impact programming decisions, but a series that stresses the stories of nontraditional characters, told from their own points of view, is no coincidence, Galbraith says.

"Not to say that women are nontraditional characters, but only in the last handful of years do I think that women's stories have really started to come to the fore in an authentic way -- told by women, written by women, directed by women. It's the right way to have it happen," he insists. 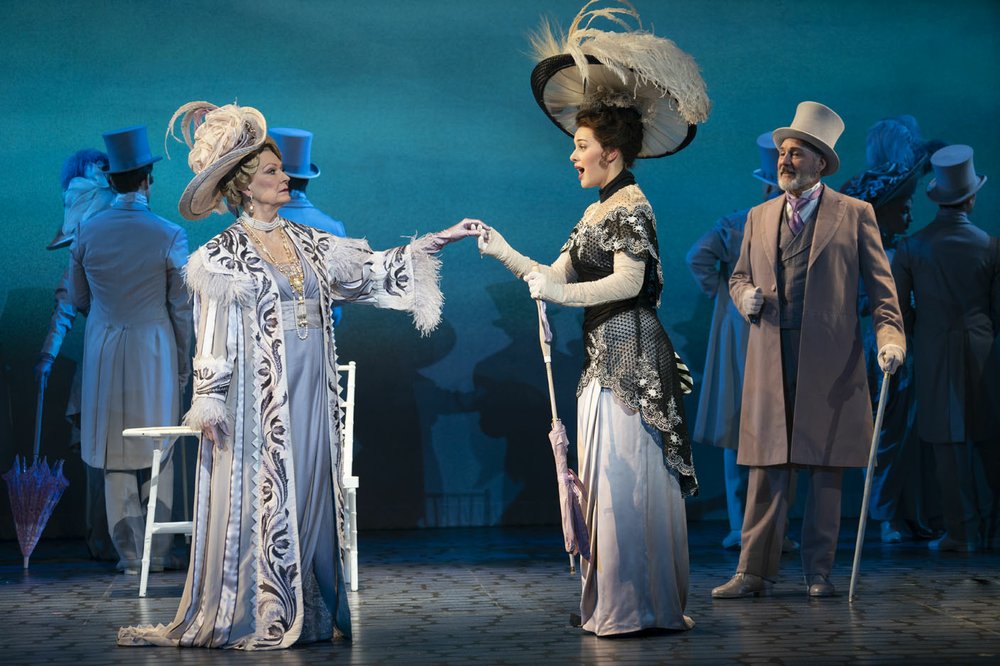 Eliza Doolittle's story -- that of a young Cockney flower girl who seeks elocution lessons to improve her station in life and the linguistics professor teaching her, who makes a bet he can transform Eliza into a "proper lady" -- has been around for many years.

But The Lincoln Center's new staging of the classic and beloved "My Fair Lady" (Sept. 15-20) reveals more nuance to the story than theatergoers have ever experienced before as it is viewed through a contemporary -- and #metoo -- awareness, Galbraith shares.

In November, another story with an already established fanbase will take audiences back to high school. "Mean Girls" (Nov. 3-8) brings the musical version of Tina Fey's cult classic comedy, based on the book "Queen Bees and Wannabees" by Rosalind Wiseman, to WAC straight from Broadway. The adaptation opened on the Great White Way in 2018 and set out on its first national tour last year.

"I loved it," Ross gushes. "'Mean Girls' is fun, it's funny. It's really about a person's integrity versus conforming -- so what's happening with everybody around you."

Embedded in the razor sharp humor is a message that Galbraith and Ross agree isn't only for the teenage girls in one's life.

"It's one of those shows that will hopefully open up conversations for families about, 'Hey, whats going on at school right now? Do you see any of this? What does that make you feel like?'" Ross poses. 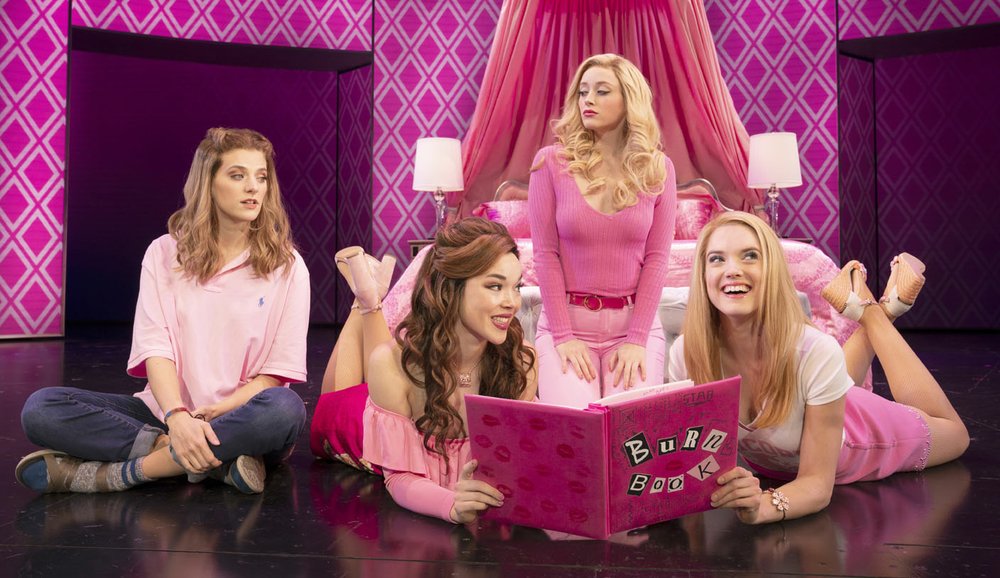 One of several shows in the series based on popular films, "Mean Girls" is followed in December by "Charlie and the Chocolate Factory" (Dec. 15-20).

"Do you know the story at all?" Galbraith quips cheekily.

Fans will recognize the tale they love in the new musical, regardless of their introduction to the sweet adventure, Galbraith promises. And through clever casting, perhaps children will find a new way to connect to the hero's journey as well, Galbraith adds.

"What's interesting is there's really only one kid in it; the other kids are played by young adult actors," he discloses. "So Charlie's situation and plight is more fully realized than in some of the other versions because he is unique. I think that allows kids in the audience to really identify with Charlie in a way they haven't before -- which, for kids, is a very important part of their experience of the show."

The first show of 2021 is actually touring on its way to Broadway when it stops here. As with "Mean Girls," the brand new musical "An Officer and a Gentleman" (March 9-14, 2021) sees the original book writer of the film, Douglas Day Stewart, return to the project to adapt it to the theater. "Gentleman" was staged in London last year before receiving some tweaks to go on the road here in the States this fall on a pre-Broadway track, Galbraith explains.

Ross and Galbraith are eager to give Northwest Arkansas audiences the chance to be among the first to experience the romantic show based on the Academy Award-winning film starring Richard Gere.

"It's the best of the film in terms of the plot, and musically, it's borrowing from the '80s songbook -- including the classic song from the film," Galbraith explains, "but [the adaptation is imbued] with this new-found respect for the military, which I think is exactly the right tone for this time. I'm very eager to see how that comes to fruition." 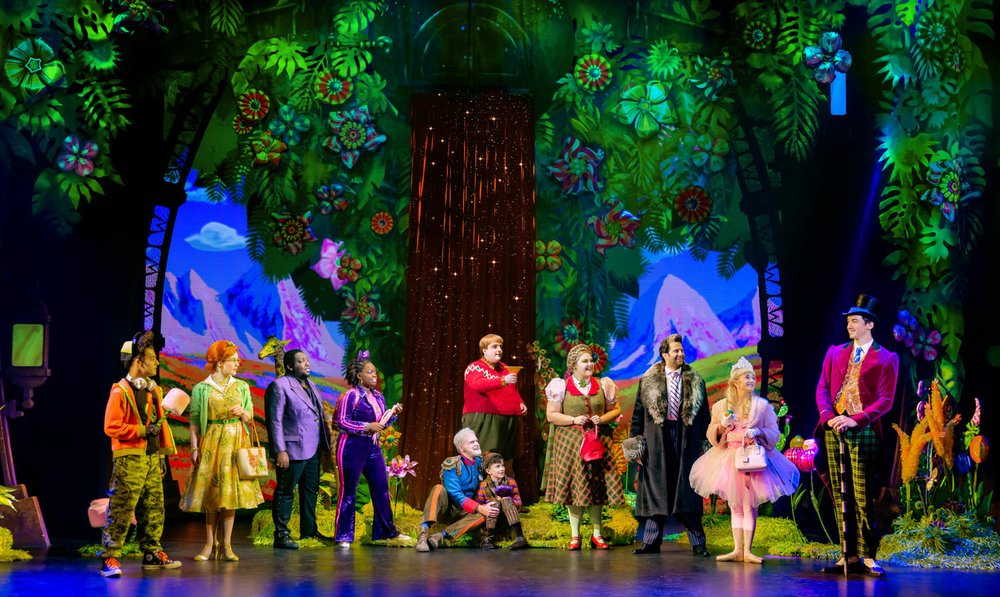 The May 2021 offering in the series has the air of a truly special piece of theater as both Ross and Galbraith are visibly emotional just describing the plot. Following the terrorist attacks of Sept. 11, 2001, the United States closed the airspace, and flights could no longer enter the country. The tiny Newfoundland town of Gander suddenly found itself host to 38 landed planes -- 7,000 stranded passengers.

"Come From Away" (May 11-16, 2021) is not a musical about 9/11, Galbraith begins. The attacks are the inciting incident, but the true story focuses on the week after the tragedy when a town of 9,000 people selflessly tries to figure out how to serve their fellow human beings.

"Many people will say in those days after 9/11, we were at our best as human beings. This takes us back to that place, which, God, wouldn't it be great if we could just live in that space all the time, without the tragedy that required it?"

Wrapping up the season is a show that will be different for every performance. Before "Hamilton," before "In the Heights," Lin-Manuel Miranda created an improvisational comedy hip-hop show with collaborators Thomas Kail and Anthony Veneziale.

The cast of "Freestyle Love Supreme" (June 1-6, 2021) creates full-length musical numbers based on suggestions from the audience in a show The Observer calls "modern, brilliant, experimental and sets a template for a new mode of comedy." More than 15 years after its inception, "Freestyle Love Supreme" finally landed a Broadway engagement for a very limited run between October 2019 and January of this year. 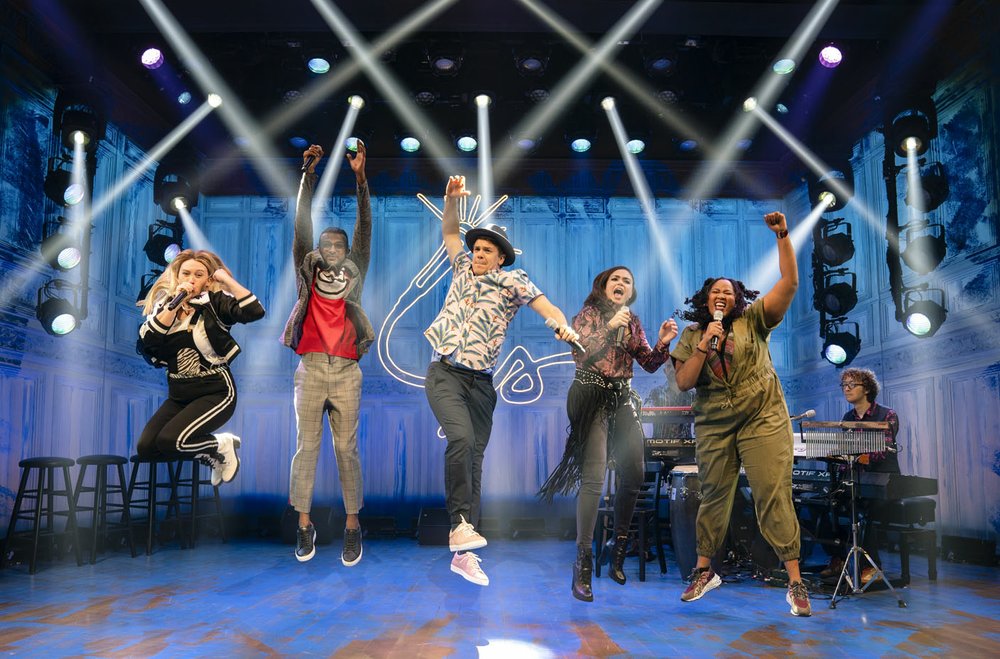 "Rarely -- I don't think, frankly, ever -- have we been able to get our hands on a show that is so fresh off Broadway that we're announcing it in the same season in which it appeared on Broadway and before the Tonys," Galbraith enthuses. "That's unprecedented. For my career it's unprecedented, and I think it is for the market, too.

"But it's fun and entertaining, and how often do our Broadway audiences get to be collaborators in the creation of musical theater? That's very exciting for us to be able to bring that opportunity here."

Broadway subscriptions are on sale now, with single tickets available in the summer.

From Lincoln Center Theater that brought you “The King & I” and “South Pacific,” comes “a sumptuous new production of the most perfect musical of all time” (Entertainment Weekly).

Boasting such classic songs like “I Could Have Danced All Night” and “The Rain in Spain,” “My Fair Lady” tells the story of Eliza Doolittle, a young Cockney flower seller, and Henry Higgins, a linguistics professor who is determined to transform her into his idea of a “proper lady.” But who is really being transformed?

Cady Heron may have grown up on an African savanna, but nothing prepared her for the vicious ways of her strange new home: suburban Illinois. Soon, this naive newbie falls prey to a trio of lionized frenemies led by the charming but ruthless Regina George. But when Cady devises a plan to end Regina’s reign, she learns the hard way that you can’t cross a Queen Bee without getting stung.

“Charlie and the Chocolate Factory”*

Willy Wonka is opening his marvelous and mysterious chocolate factory — to a lucky few. That includes Charlie Bucket, whose bland life is about to burst with color and confection beyond his wildest dreams. The new musical features songs from the original film, including “Pure Imagination,” “The Candy Man” and “I’ve Got a Golden Ticket,” alongside a toe-tapping and ear-tickling new score from the songwriters of “Hairspray.”

“An Officer and a Gentleman”*

Zack Mayo’s got smarts and a body built for U.S. Navy pilot boot camp, but he also has too much swagger — until he meets a drill sergeant who’s determined to drill his arrogance out of him. Zack finds comfort in the arms of a local factory girl. But it isn’t until tragedy befalls a fellow candidate that Zack learns the importance of love and friendship, finds the courage to be his best self and wins the heart of the woman he loves.

This New York Times Critics’ Pick takes you into the heart of the remarkable true story of 7,000 stranded airline passengers and the small town in Newfoundland that welcomed them. Cultures clashed and nerves ran high, but uneasiness turned into trust, music soared into the night and gratitude grew into enduring friendships.

Every performance, the crew takes the crowd on a freestyle, hip-hop, improvisational, never-before-seen comedy ride. See it for the first time every time as the performers take suggestions from the audience and spin them into instantaneous riffs and full-length musical numbers. The Washington Post says “it’s a delightfully wit-laced evening of comedy rap for a wide range of ages.”

BONUS — Tickets to “The Book of Mormon,” returning to WAC this July, are still available.

COST — Six-show subscription packages range from $278 to $474; Broadway subscriptions are on sale now, with single tickets available in the summer

The WAC has already revealed one show for the 2021-22 season: Global phenomenon “Hamilton” will indeed be coming to Fayetteville in early 2022. Staff are sharing this exciting news so early because subscribers to the 2020-21 season will be first in line to nab “Hamilton” tickets when they renew their Broadway subscription for the following season.