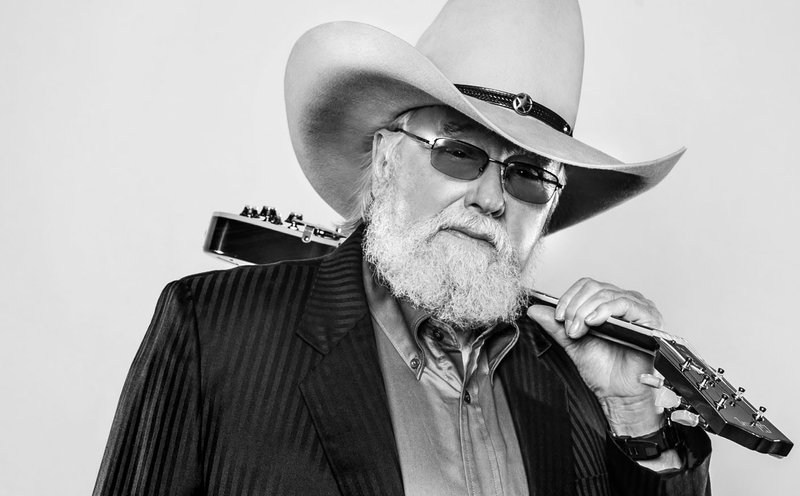 Charlie Daniels says touring is still way more fun than chasing a golf ball around a cow pasture. He's on the road right now and plans to play scheduled concerts as long as someone wants to come listen. (Courtesy Photo)

Charlie Daniels says he'll quit playing the fiddle when someone "pries it from my cold, dead hands."

And even at 83, he doesn't expect that to happen any time soon.

FYI — At the time this story went to press, the concert was still scheduled to take place. Please check with the venue on the current status.

"Is it still fun to play? Oh, gosh, yeah," he says from his tour bus. "You get a chance to do it better tonight than last night, better tomorrow night than tonight. Every night's a challenge. Music never stops being a challenge, especially in our band. We have a lot of leeway; you do the recognizable [part of a song] and then you have a lot of freedom to jam."

Among fan favorites is one of the particularly challenging pieces Daniels has been playing for 40 years. "The Devil Went Down to Georgia" has its own unique story.

"You know, they say necessity is the mother of invention? Well, it was one of those situations," he remembers. "We had written and rehearsed the album 'Million Mile Reflections,' and we were in the studio when we came to the stark realization we didn't have a fiddle tune. So we literally took a break and moved into a rehearsal studio, and we started from this one line I had in mind -- 'the devil went down to Georgia,' just that one line. Everybody put their ideas in, and two days later, we walked back into the recording studio."

Daniels admits it's almost never that simple or that fast -- and he claims very little credit for it when it does work.

"It's God-given talent," he demurs. "I can't explain it to you. People who have songwriting talent, they just sit down and start writing. Sometimes it comes to you in the form of rhymes -- you get one line and come up with a rhyme, and it starts taking shape, and you kind of get your story laid out. It's really hard to explain. But it's definitely God-given talent. God gave us all talent, and mine happens to be in that creative bent. It's work, don't get me wrong. We were very fortunate with 'The Devil Went Down to Georgia.' But still and all, it's that talent that you've got, something plants a seed, and it just grows."

Daniels says sometimes the chicken comes before the egg.

"I keep a guitar, which I write on most, I keep one real close to me all the time," he says. "On my bus right now, I've got one about 3 feet from me. So if the music comes first, I turn my phone on and record bits of it, until I have time to record it all."

When he's not playing music, Daniels can often be found working on the Journey Home Project, a nonprofit he founded in 2014 with his manager, David Corlew, to "assist other not-for-profits in securing funds to help causes that benefit veterans of the United States Armed Forces." In simpler terms, that means helping veterans get things they couldn't otherwise, he says, like a bicycle to ride to work, "things they can't get by filling out papers in duplicate and turning them in." It's not because he served in the military, he points out; he was too young for World War II and too old for the Korean War.

"I just saw a need," he says. "But all I've ever wanted to be was a musician. I wanted to be a picker -- wanted to make my living getting on stage and entertaining people. I'll be 84 in October. But you can't let people condition your mind that you reach a certain chronological age where you can't do anything but sit in a rocking chair. As long as I love what I do, I'm not making any plans to quit doing it. I'm not ready to chase a golf ball around a cow pasture. I'd rather play music for people."