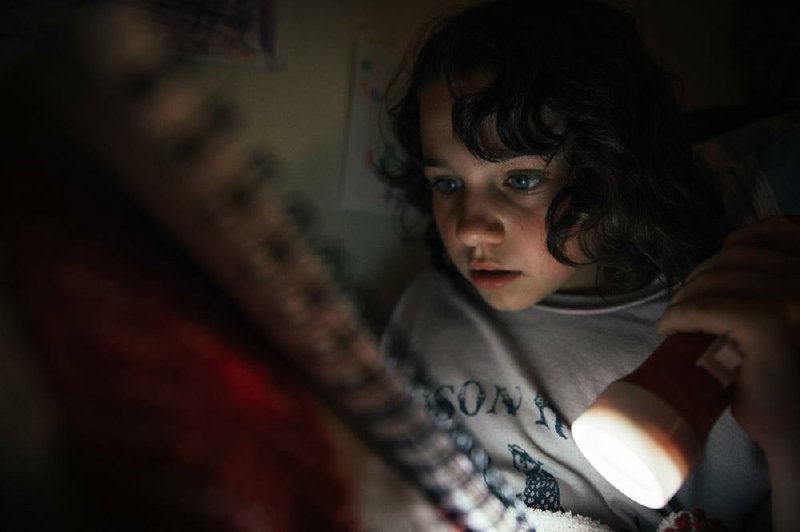 Young Devin France plays the title character in Wendy, a re-imagining of Peter Pan, directed by Benh Zeitlin, who made a splash in 2012 with his debut feature Beasts of the Southern Wild.

When you're updating a classic, it helps to make the story so engaging that the viewer briefly forgets he or she has heard the tale before. Amy Heckerling followed Jane Austen's plot points in Clueless, but her sharp dialogue and cleverly realized vision of suburban Los Angeles made it unimportant if she went by the book or not.

Benh Zeitlin, who wrote and directed the lively and imaginative Beasts of the Southern Wild, doesn't have much luck rebooting Peter Pan.

Actually, hardly anyone does.

Steven Spielberg would probably be delighted if you forgot about Hook, and you'd never know that Joe Wright was responsible for Pan.

As it stands, Wendy has a similar atmosphere and look to Beasts of the Southern Wild, and there is a sense of ordinary magic hiding in mundane settings. This time, however, there isn't much beauty or wonder in the swamplands.

In this version, Wendy (Devin France) is bored as her mom (Shay Walker) toils in a diner. Some of the local children have been disappearing, and she discovers that they leave from their dreary environment on top of moving boxcars.

She flees with her brothers Douglas (Gage Naquin) and James (Gavin Naquin) from one bleak, dreary environment to another one that's a tad more exotic. As a result, the journey feels neither awe-inspiring nor sentimental. The redundant wastelands make following the tale more difficult, even if you know where it's headed.

The leader of the #nevermaturing boys is named Peter (Yashua Mack), and in this tale, he comes off as a sadistic, self-absorbed creep. When others warn him of genuine dangers, he brusquely tells them to proceed with disastrous consequences.

There is a Captain Hook here, and he's a tad more sympathetic than in J.M. Barrie's version. That said, finding out how he earned his name is off-putting and upsetting. Wendy has child protagonists, but it doesn't seem aimed for youngsters because much of the content is violent and dour. Whenever Peter leaves the screen, it seems like a relief.

With his first feature, Zeitlin came up with some jaw-dropping images like the giant pigs and coached young Quvenzhané Wallis into a delightfully spunky performance that drove the film.

France is a solid performer, but she can't carry the story, and there isn't much of a story to tell. Zeitlin teamed up with his sister Eliza, who was the production designer on Beasts, but neither of them can take Barrie's tale and make it more lively and engaging than a book report turned in seconds before deadline. Character relationships are fuzzy, and the film moves with the pace of an arthritic slug.

James M. Cain once told his friends that he didn't worry about how Hollywood altered his books Double Indemnity and The Postman Always Rings Twice. The source material was still on the shelves where all the hack producers and overrated auteurs couldn't touch them.

You can find components of Peter Pan in Wendy, but locating the spirit is far more difficult. Peter had an easier time locating his shadow.