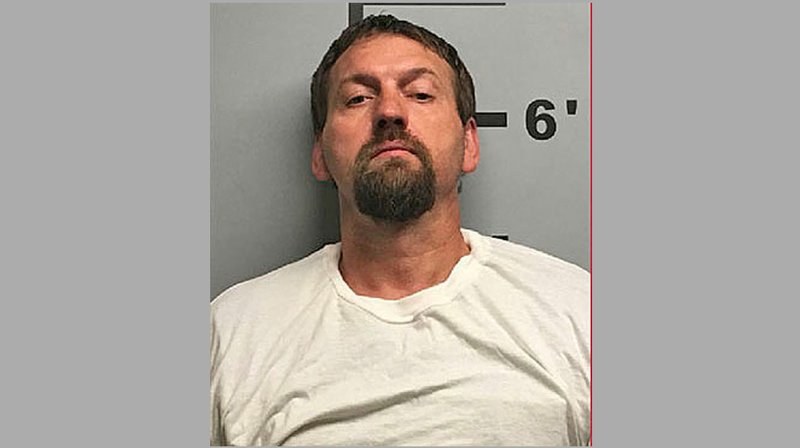 BENTONVILLE -- A Bella Vista man is being held on a $40,000 bond in the Benton County Jail after his arrest at the end of a standoff with police.

Brian Wayne Clause, 47, was arrested Tuesday in connection with possession of a firearm by certain persons, terroristic threatening and injuring an animal used by law enforcement.

Police went at 5:15 p.m. Tuesday to a disturbance at a house on Spanker Ridge Road, according to a news release from the Bella Vista Police Department. Police officers found Clause on the deck extremely intoxicated, and Clause told officers they would have to come and get him.

The officers were told there were firearms in the home. Clause went in and out of the house and garage and pretended to point a gun at police officers, but he didn't have a weapon, according to the release. He went into the garage and started an all-terrain vehicle and revved the engine. Police believed he grabbed some rope.

The officers were unsure of his intent and sent tear gas through the garage window, which chased Clause to go into the house.

Clause appeared at the front door four hours later and a police dog was sent to subdue him so he could be taken into custody. Clause saw the dog approaching and closed the door on the dog's leg, causing a large bruise on the animal. He opened the door and closed it again on the dog's tail, causing a fracture, according to the release.

Police then went in and arrested Clause. They found two handguns, eight rifles, two shotguns and narcotics, according to the release.

This story was originally published at 1:03 a.m.