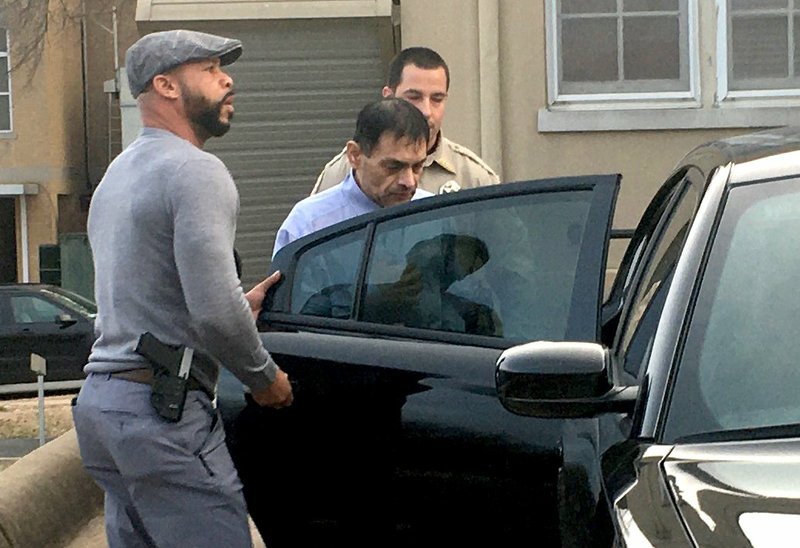 BENTONVILLE -- A third jury will have to decide whether Mauricio Alejandro Torres is guilty of killing his 6-year-old son.

Torres, 50 is charged with capital murder and batter. Prosecutors are seeking the death penalty.

Mauricio Isaiah Torres died March 30, 2015, at a Bella Vista medical clinic. A medical examiner testified at two trials that the boy's death was caused by a bacterial infection resulting from sodomy and chronic child abuse.

Torres was tried and convicted in 2016 of capital murder and battery, but last year the Arkansas Supreme Court overturned the conviction and ordered Torres be given a new trial.

A second jury convicted Torres of the murder and battery charges, but they never decided his punishment.

Quinten Martin was testifying March 5 during the sentencing phase when he leaped from the witness stand in an attempt to attack Torres. Martin is Torres' stepson. A bailiff and sheriff's deputy restrained Martin before he could reach Torres.

The disturbance happened in front of the jury.

Karren granted the mistrial, but gave prosecutors time to file a motion asking him to reconsider the decision.

Karren appointed Tim Cullen as a special master to investigate the issue of Martin's disturbance in his court. The investigation was scheduled to be addressed a hearing Thursday, but Smith and Rosenzweig filed motions objecting to the special master.

Karen has suspended the special master appointment until a 2 p.m. May 20 hearing.

Torres is being held without bond in the Benton County Jail.

His wife, Cathy, pleaded guilty in 2016 to the murder and battery charges and was sentenced to life imprisonment without the benefit of parole. She testified at trial that she was not aware that their son was being abused and blamed her husband for beating and killing their son.

Torres testified at the trial and admitted to abusing his son, but claimed his wife was responsible for most of the abuse that left their son's body covered with bruises.