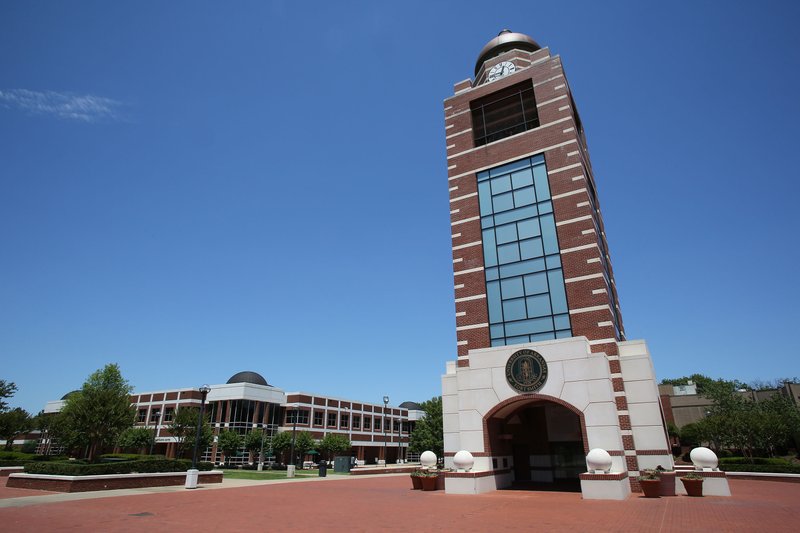 More public and private universities in Arkansas suspended in-person classes Friday over concerns about the spread of the coronavirus.

After a Friday morning announcement by the University of Arkansas at Fort Smith, all of the state's 11 public university campuses had either suspended in-person classes or announced a date this month when they would do so.

UA-Fort Smith Chancellor Terisa Riley, in an email to the campus community, said on-campus classes will be suspended next week and through the school's previously scheduled spring break of March 23-27. The university last fall enrolled 6,265 students, including about 1,200 dual-enrolled high school students, according to the state Division of Higher Education.

The decision to have an extended spring break will "allow us to begin practicing social distancing," Riley said.

Health experts advise frequent hand-washing and to stay home if sick, as the coronavirus causing the respiratory illness covid-19 is thought to spread via close contact and through droplets from coughs and sneezes, according to the federal Centers for Disease Control and Prevention.

More than a dozen Arkansas colleges and universities -- including the state's largest public and private universities -- announced Thursday plans to suspend in-person classes, though not all moved to do so immediately.

Hendrix College announced Friday the suspension of in-person classes at the close of the day, with a transition to remote learning to begin after the school's spring break next week and extend through the spring semester.

The liberal arts college -- which enrolled 1,121 students last fall, according to the state Division of Higher Education -- announced that campus housing will close Monday at 5 p.m., but students "with a compelling need" can request to stay beyond the deadline.

The UA-Fort Smith campus will remain open, and offer limited housing and dining services, Riley said in the email. A decision will be announced March 26 about whether classes will switch to remote instruction beginning March 30 or if the campus will return to on-campus classes.

Philander Smith College, which enrolled 996 students last fall, said Friday that it would suspend in-person classes effective March 23, after its spring break. Remote instruction will include online and other teaching methods, the college announced.

Lyon College, a private liberal arts college in Batesville, announced on its website Friday afternoon that it "will have more definitive plans early next week regarding courses after spring break."

The college, which enrolled about 661 students last fall, has its spring break scheduled for March 23-27.

Arkansas Colleges of Health Education, a private institution in Fort Smith that includes an osteopathic medical school, announced Friday that its Arkansas College of Osteopathic Medicine and a master's program in biomedicine are moving to online classes next week.

Also, the institution announced Friday an immediate recall of its third-year medical students who had been training in hospitals in Arkansas, Oklahoma and Missouri.

Among two-year colleges making announcements Friday, North Arkansas College announced that most classes would move to an online delivery format beginning Monday through March 30. The college in Harrison announced, however, that "most technical courses" would continue to meet on campus "but may have a modified schedule designed to reduce social interaction and time in enclosed spaces such as classrooms."

Information for this article was contributed by Emily Walkenhorst of the Arkansas Democrat-Gazette.