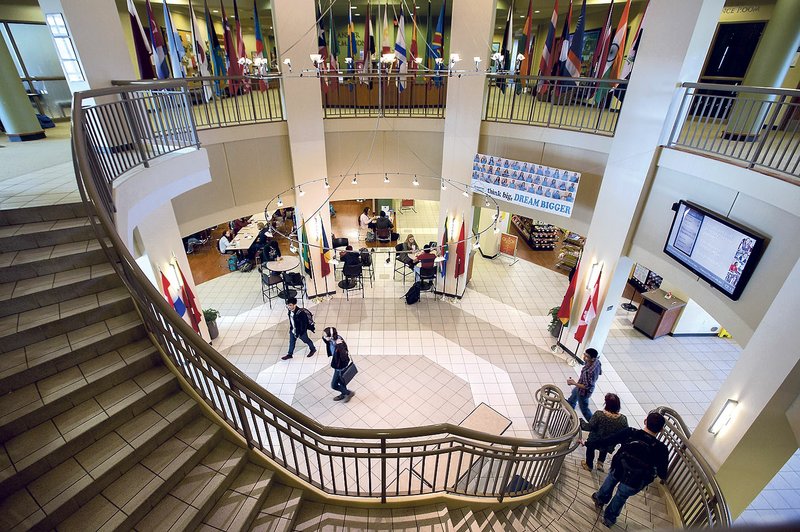 BENTONVILLE -- The path has been cleared for Northwest Arkansas Community College to launch cross country as an intercollegiate sport.

The National Junior College Athletic Association recently approved the college's application to join the association's Division II and compete in Region 2, which covers Arkansas and Oklahoma.

The college plans to begin the program in fall 2021, according to a news release. It will be the college's first sanctioned sports team in its 30-year history.

"We are excited to see the development of a cross country program begin at NWACC because we believe it will add to a rich and growing experience for our students. It creates another wonderful opportunity for students to gather around a common interest," said Todd Kitchen, vice president of student services.

The next step is hiring a coach. The college hopes to begin that process next month and complete it by July 1, said Liz Kapsner, a college spokeswoman.

The association, founded in 1938, is the governing association of community college, state college and junior college athletics throughout the United States. It has 24 regions and is divided into three divisions.

Five colleges -- three in Oklahoma and two in Arkansas -- have men's and women's cross country teams competing in Division II, Region 2. The Arkansas schools are University of Arkansas at Rich Mountain and National Park College in Hot Springs, according to the association's website.

Northwest Arkansas Community College has committed money to begin the program with hopes of scholarships, sponsorships and partnerships to help grow and sustain the program. There are no plans to implement student fees to fund the program, according to the news release.