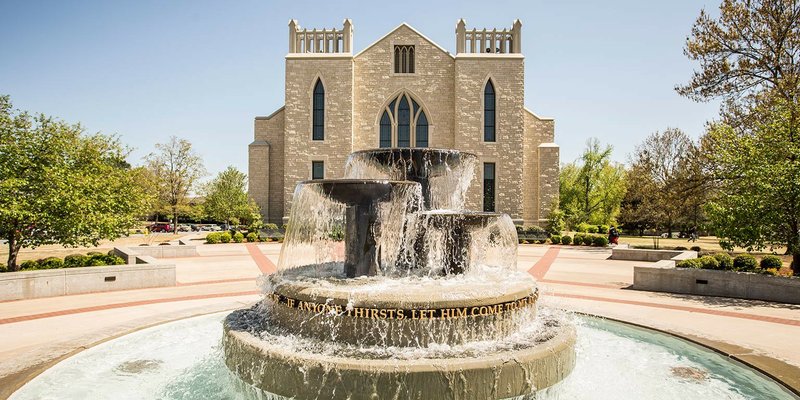 Twelve faculty and staff members at John Brown University are losing their jobs as the private Christian college in Siloam Springs cuts costs after an enrollment decline, a university spokeswoman said Monday.

"JBU had fewer students enroll and live in campus housing than expected last fall, and the administration made these changes in the budget to adjust its staffing and operating expenses to reflect current student numbers," Julie Gumm, the university's director of marketing and communications, said in an email.

Most schools in the state reported enrollment declines this past fall, according to state data.

At John Brown, undergraduate enrollment dipped by about 6.3% in fall 2019 to 1,460 students, according to the state Division of Higher Education, though the Siloam Springs campus on its website lists its "traditional undergraduate" enrollment as 1,292, excluding online students.

Of the job losses, "less than half" are faculty, Gumm said, with the other cuts made to staff and administrative positions.

While some saw their jobs end last week, others "directly serving students" are continuing to work through the spring semester or the end of their contracts, Gumm said.

"All affected faculty were given the option to serve out the remaining years on their individual contracts," Gumm said.

The university on its website lists a total of 87 full-time faculty, and Gumm said no academic programs are being eliminated.

"JBU's mission is to serve our students well as we provide a holistic, Christ-centered education. The best way to do that is with a proactive, fiscally conservative budgeting process that helps us keep JBU's tuition as affordable as possible for students. This decision was made with that commitment in mind," Gumm said, adding that the university "remains financially strong."

In February, John Brown announced a 1.93% yearly increase in what it charges for tuition, fees and room-and-board, which will total $37,842 for the 2020-21 academic year. The school announced the increase, which amounts to $718, as its "lowest percentage rate increase in more than 30 years."

The university's president, Chip Pollard, in September told the Democrat-Gazette that the school had boosted its scholarship dollars through its Campaign for the Next Century fundraising effort, which raised $156 million -- including pledges and estate gifts -- over seven years.

Enrollment totals show the school's undergraduate population over the last four years has declined by about 15% to 1,460 students in fall 2019 compared to 1,712 students in fall 2015, according to data provided by the state Division of Higher Education. 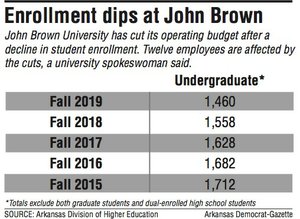