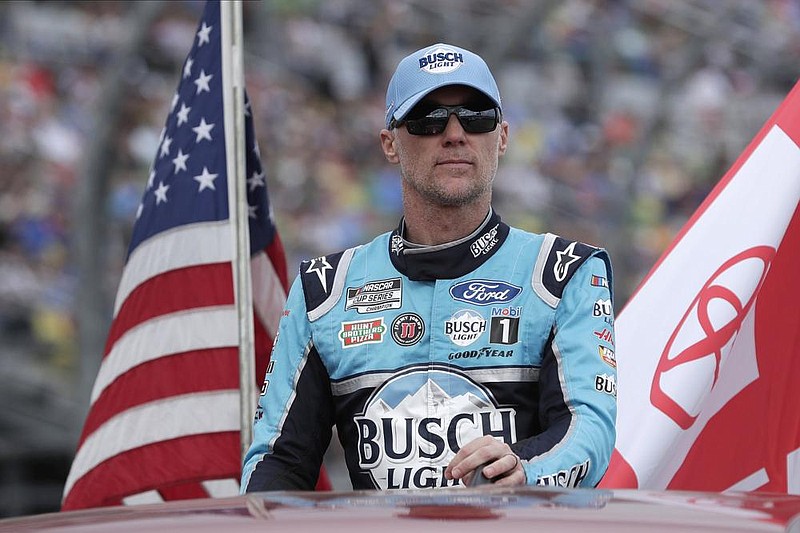 CHARLOTTE, N.C. -- The one thing NASCAR has always gotten right is its ability to keep the wheels turning. In crisis or coronavirus, the show finds its way to a race track and keeps plugging along.

That has never been in doubt, at least not since 2001 when Dale Earnhardt died in a crash on the last lap of the Daytona 500. The next seven days were a blur of grief and outrage. Yet Earnhardt's funeral was Thursday and everybody made it to Rockingham in time for Friday practice.

The determination to race has been NASCAR's greatest strength in the most tumultuous of times and that certainly includes the past several weeks.

A garage door pulldown rope fashioned as a noose was found in the garage stall of Bubba Wallace at Talladega Superspeedway in Alabama. The FBI determined it had been there since last October and Wallace -- who two weeks earlier helped prod NASCAR to ban the Confederate flag at its races -- was not the target of a hate crime. Still, the attention was unusually glaring -- for Wallace, for NASCAR and for fans who feel they are defending Southern heritage, flag and all. 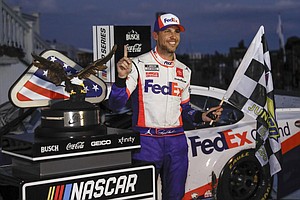 So NASCAR raced. By Monday, a full seven days after NASCAR stood in support behind Wallace during the national anthem at Talladega, three more Cup Series races had been completed. The conversation moved away from the noose, the ban and racial equality -- for better and for worse.

There was chatter about NASCAR's unprecedented tripleheader at Pocono over the weekend, which also saw the Cup Series run consecutive points-paying races. Kevin Harvick and Denny Hamlin went 1-2 in the first race, then flipped the order Sunday in what could be a preview of a stirring championship battle.

Harvick, the points leader, and Hamlin, the Daytona 500 winner, have seven combined victories through 15 races and both have played a significant role in NASCAR's survival during the pandemic. Hamlin was a key player in the iRacing craze during NASCAR's 10-week shutdown and has tirelessly remained front and center for the sport. Harvick resumed a national radio show while representing himself as a series champion.

Both can feel the toll of this topsy-turvy season, in which NASCAR was one of the first major sporting leagues to return to competition. Routines have been upended and replaced by a frenzied season of one-day shows, largely without fans -- no practices, no qualifying and nine rain-interrupted races, all in the shadow of the noose incident at Talladega.

"It's been a unique time," Hamlin said. "Everything is just different. The way that we work our weeks, weekends, everything is different now. You're trying to adapt to that. Then we have the whole thing going on with George Floyd. That sparked conversations and protests. We had the incident, we thought the incident, with Bubba.

"I just want to get to racing and talking about racing," he said. "It's difficult to ask us to be able to compartmentalize all this stuff. We're race car drivers. To ask us our stance on public issues and things like that, we're not always that good at it. We don't always say the right thing."

Less than three months ago, star driver Kyle Larson used the N-word during an iRacing event. He was suspended by NASCAR, lost his job with his team and is currently racking up wins on sprint car tracks. That seems long ago now, but it was another controversy in a string of them.

Will the conversation about race fade? No one is sure, just like no one is sure whether a sponsor will step up for Wallace's underfunded Richard Petty Motorsports team.

Either way, NASCAR will just keep moving, on to Indianapolis Motor Speedway this weekend for another first: The hectic rescheduling of racing means NASCAR and IndyCar will share the facility for the first doubleheader featuring the nation's two biggest auto racing series.

Harvick, who in 2001 went from a Busch Series driver to Earnhardt's replacement overnight, has never not been part of NASCAR's nonstop grind. Perhaps at times its annoyed him, worn him down, even made him angry. Right now, being able to race is a gift not to be underappreciated.

"I think our races have had a positive impact on the motorsports community every week. This was our 11th race since we've come back," Harvick said. "Our industry has just done a great job, really been the leader in trying to help other sports figure out how they're going to get back on track."

Going racing is what NASCAR does best. 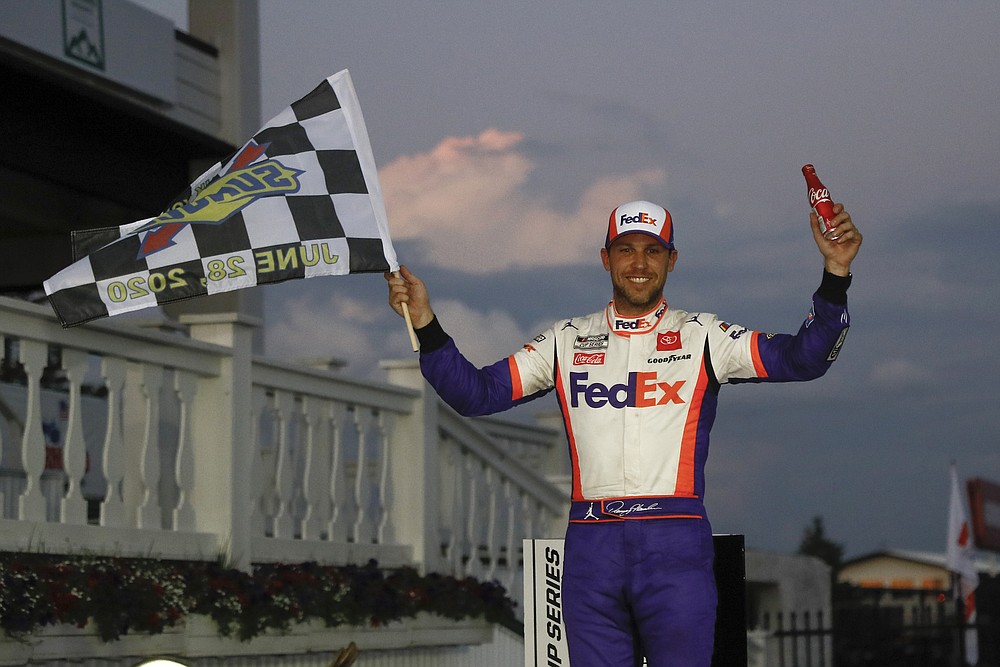 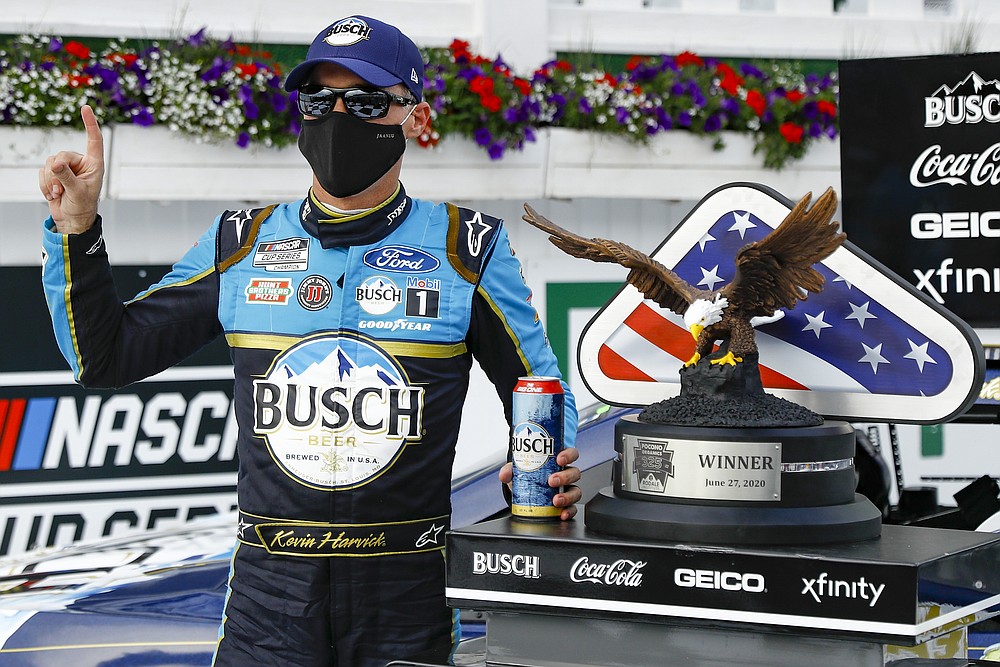 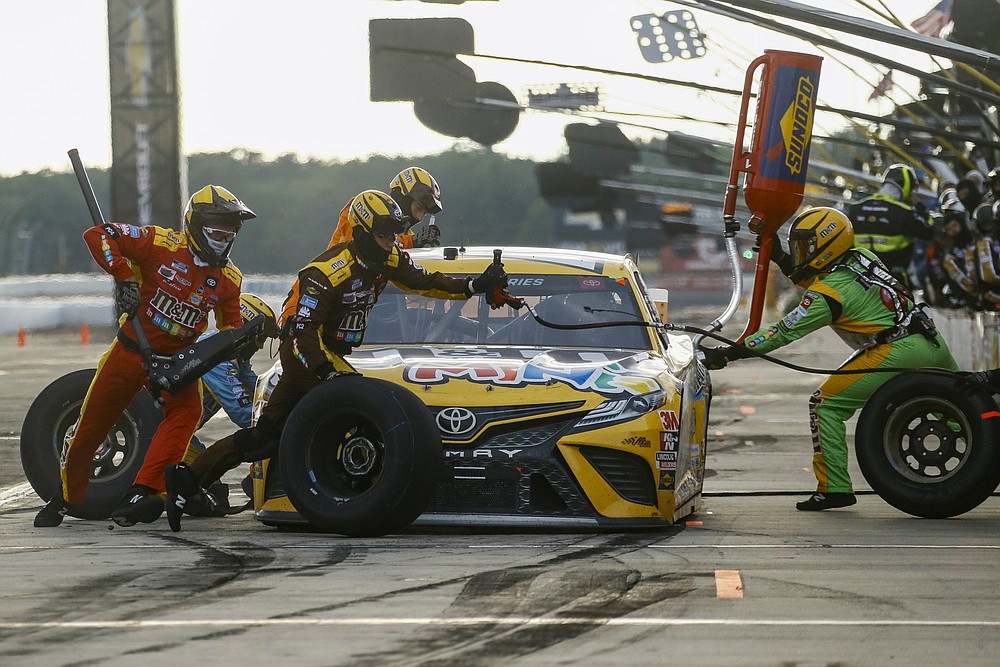