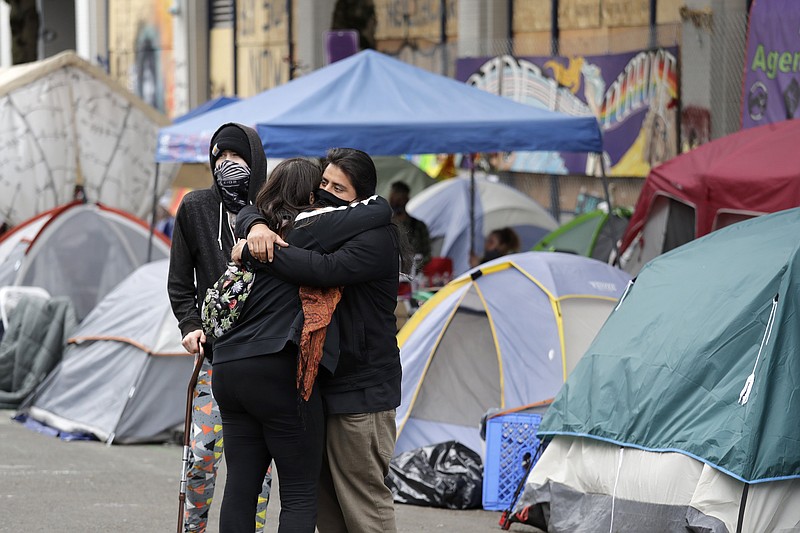 Two people embrace Monday in front of a closed Seattle police precinct near the scene of a shooting in what has been called the Capitol Hill Occupied Protest zone. (AP/Elaine Thompson)

JEFFERSON CITY, Mo. -- Missouri Gov. Mike Parson will not contest the license issued to the state's only abortion clinic after a yearlong legal battle over whether the Planned Parenthood center could stay open.

The administration said Monday its decision to issue an operating license last week to Planned Parenthood's clinic in St. Louis makes an appeal unneeded, according to a statement from the Republican governor's top health official.

"The Department of Health and Senior Services has made it clear that they are not interested in pursuing this further since a new license has been issued and the issue is moot, therefore no further action will be taken," said spokesman Chris Nuelle.

The Department of Health and Senior Services last year declined to renew the clinic's license, which meant it wouldn't have been allowed to provide abortions.

Planned Parenthood sued. The state's Administrative Hearing Commission ruled in May that the Health Department was wrong not to renew the clinic's license. 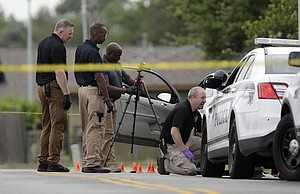 "While we still strongly disagree with some of the legal determinations in the [Administrative Hearing Commission] decision, we are encouraged by the improvements in the quality of the care practices and procedures that have been made over the past year," health department spokeswoman Lisa Cox said.

SEATTLE -- A 16-year-old boy was killed and and a younger teenager was wounded early Monday in Seattle's "occupied" protest zone -- the second deadly shooting in the area that local officials have vowed to change after business complaints and criticism from President Donald Trump.

Callers to 911 said several people fired shots into a white Jeep SUV near one of the makeshift barriers around the protest zone about 3 a.m. Monday, a police said.

The 16-year-old was pronounced dead at Harborview Medical Center, police said. The second victim, a 14-year-old boy, was hospitalized with gunshot injuries. He was reported in critical condition.

The violence that came just over a week after another shooting in the zone left one person dead and another wounded was "dangerous and unacceptable," Police Chief Carmen Best said.

"Enough is enough," Best told reporters. "We need to be able to get back into the area."

Demonstrators have occupied several blocks around the Seattle Police Department's East Precinct and a park for about two weeks after police abandoned the precinct following standoffs and clashes with protesters calling for racial justice and an end to police brutality.

TULSA -- Two police officers in Tulsa were shot and critically wounded on the city's east side Monday morning and police arrested a suspect after a more than seven-hour search, authorities said.

David Ware, 32, was arrested about 10:45 a.m., but details of how he was found and the circumstances of his arrest were not being immediately released, said Capt. Richard Meulenberg.

Police had been searching for Ware since about 3:30 a.m. after he was accused of shooting two officers during a traffic stop. The officers remained in critical condition and their names have not been released.

A motive for the shooting was unclear and Ware had no known bias toward police, Meulenberg said.

"He clearly did not want to be arrested," Meulenberg said.

Court records show Ware has been charged with two counts of shooting with intent to kill and illegal possession of a firearm.

The court records do not list an attorney who could speak on Ware's behalf.

JACKSONVILLE, Fla. -- A targeted shooting outside an Amazon facility in Jacksonville left one person dead and two others slightly wounded Monday, authorities said.

The 20-year-old man who was fatally shot was waiting in line outside the Amazon warehouse to apply for a job, Jacksonville sheriff's office Assistant Chief Brian Kee said during a news conference.

Kee said two men got out of a silver car about 2 p.m., ran up to the victim and started firing handguns before they drove away. Two bystanders were grazed by bullets but did not require hospitalization, Kee said.

Authorities said the shooting on the city's north side does not appear to have been a case of workplace violence.

"This is not random. It was specifically targeting this victim," Kee told reporters. "We are not inside the facility at all."

The suspects were still at large a few hours after the shooting. The identities of the victims were not immediately released and the motive behind the shooting was unclear.

One local television station posted a photo on its website showing shattered glass at an employee breakroom that appeared to have been caused by a bullet.