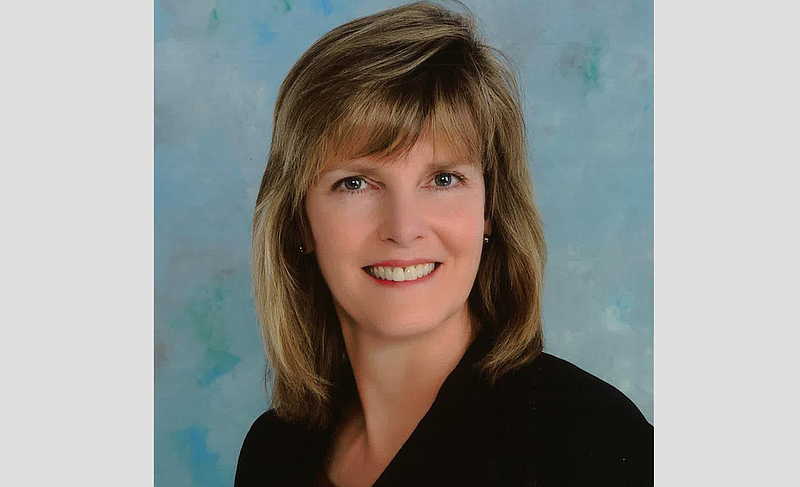 Arkansas Department of Corrections Secretary Wendy Kelley announced Monday that she will retire at the end of July, departing the prison system that she has led for five years.

Most recently, the prison system has grappled with several large outbreaks of the coronavirus in various units around the state.

Kelley, 57, announced her retirement at a meeting of the Arkansas Board of Corrections on Monday, according to a department spokeswoman.

In an email sent to the department staff, Kelley lamented the negative press the department has received for its handling of the pandemic, but she said she was retiring for personal reasons.

"I had hoped this pandemic would be over without the loss of life, but I know that we have done and continue to do everything we can to keep each other and the offenders in our care safe," Kelley wrote. "I urge you to continue to wear your masks, social distance when possible, and remember to take care of each other."

She continued, "It was not because of the press, nor because anyone asked me to. I have been so blessed to work with you all!"

No one was named Monday as Kelley's immediate successor. Board of Corrections Chairman Benny Magness said he will wait for Gov. Asa Hutchinson to nominate someone to fill the Cabinet vacancy, which requires the board's approval.

Attempts to reach Kelley for comment Monday were unsuccessful.

Kelley was tapped by Hutchinson to lead the state's prison system in 2015. In 2017, she personally oversaw the first four executions carried out in the state in more than a decade. Later that year, she also responded to a series of violent disturbances at several state prisons by calling for adding to the department's capacity to house inmates in solitary areas. Most inmates are kept in barracks-style settings.

Last year, the governor appointed Kelley to his Cabinet as secretary of the Department of Corrections, which was created by a merger of the state's prison and parole and probation agencies. It was part of his reorganization of state government that reduced from 42 to 15 the number of agencies reporting directly to him; the change took effect in July 2019.

Early on in the pandemic, the department took steps to prevent the coronavirus from being spread to inmates, such as cutting off all in-person visitation, requiring prison staff members to have their temperatures checked upon arrival and having inmates sew tens of thousands of masks to be distributed throughout the system.

Speaking with Hutchinson at a news conference on April 2, Kelley addressed the threat of covid-19, saying, "We're a closed system, so once it gets in, it will be disastrous." Kelley has not spoken at the governor's daily briefings since.

Two weeks later, the virus was first confirmed at the Cummins Unit. It has since spread to eight other state facilities and infected more than 2,300 inmates, killing 13 along with one staff member.

Inmates and their families have spoken out against what they described as unsanitary and inhumane conditions in the state's prisons -- most notably the Cummins Unit -- in several publications, including the Arkansas Democrat-Gazette.

A group of 11 inmates, aided by civil-rights organizations, also unsuccessfully sued the department, seeking to force the department to release more inmates and provide better access to sanitation equipment.

Hutchinson has pushed back against the press coverage, describing one piece published in the New Yorker magazine as an effort "to paint the penal system of Arkansas as something out of the '60s."

In a statement Monday, the governor praised Kelley's leadership.

"Wendy has been an incredibly valuable member of my team and I will miss her experience and leadership in one of the most challenging arenas of state government," Hutchinson said. "She cares about this state and the inmates that are within her responsibility. I appreciate her willingness to serve and wish her all the best in future endeavors."

Magness, the Board of Corrections chairman, said he was surprised by Kelley's decision to retire. He said he had not heard any concerns from the governor over her handling of the virus.

"She's done a good job," Magness said. "I think just lately there's been some things, stress, that don't normally come with the job."

In her email to the staff Monday, Kelley also addressed the department's preparations for the 2021 legislative session that begins in January, saying she did not want to "put the Department behind" on that process.

In previous sessions, Kelley has sought funding from the Legislature to expand prisons and add beds in order to ease crowding that has persisted since before her tenure. The Legislature has denied those requests.

As of Friday, the 15,469 inmates housed in the state prison system were 123 more than its listed capacity. The department is on track to fall below its listed capacity after the release of hundreds of inmates as a response to covid-19.