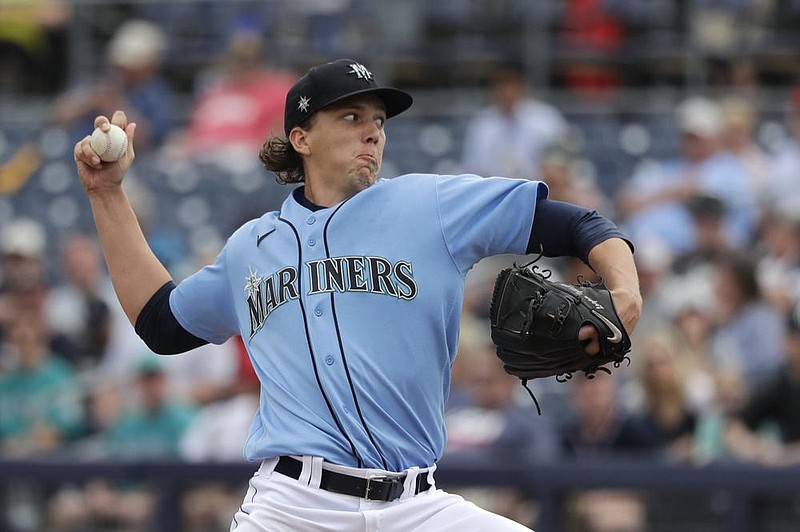 Rebuilding teams that were hoping to see their young prospects — such as former first-round pick Logan Gilbert of the Seattle Mariners — play in the majors this season are taking another look at their plans as preparations for a shortened season are under way. (AP/Elaine Thompson)

SEATTLE -- Seattle Mariners General Manager Jerry Dipoto had at one point expected former first-round pick Logan Gilbert to be pitching at T-Mobile Park by the time June rolled around.

He also believed Jarred Kelenic, one of the top prospects in all of baseball, would likely soon follow him to the big leagues, set to join a group of prospects expected to be at the core of the Mariners' rebuilding project.

"Eventually, our players are still going to hit the ground running and achieve whatever ceiling they were able to achieve," Dipoto said. "It may just take a little bit longer."

From Seattle to Kansas City, Baltimore to Miami, rebuilding teams that were hoping to see their young prospects play in the majors this season are reevaluating their plans.

The challenge: figure out how to get a substantive season in for some of the top talent in the minor leagues that these clubs are banking on to eventually become contributors if they ever want to climb out of division basements. And do it amid the coronavirus pandemic, which is likely to knock out all minor league play this year.

Is it worth starting the clock on the career of a top prospect for a truncated 60-game season? What about the taxi squad each team will keep? Is there enough of an opportunity for meaningful at-bats or innings to pitch? Could there be an expanded fall league option in Arizona, presuming health and safety concerns allow for that?

All key questions. None with straightforward answers.

"It is affecting all 30 clubs," White Sox General Manager Rick Hahn said. "And it is something that as we head into the fall, winter, the 2021 season we're going to have to adjust our expectations in terms of guys' pacing, in terms of guys' likelihood and timing at making an impact at the next level."

The list of teams facing a significant rebuild is short. Seattle is there. So, too, are the Royals, Orioles and Tigers in the American League. In the National League, it's more muddled outside of the Marlins, with a mix of teams good enough to stay in the race for 60 games but also looking ahead to the future.

The Marlins thought top prospect Sixto Sanchez might pitch in the majors this year. Now, is it worth it? Same for their top draft pick, Max Meyer out of Minnesota.

Will the Royals bring up Bobby Witt Jr.? What about Adley Rutschman in Baltimore or Kelenic in Seattle?

The teams caught in the middle are those who expected 2020 to be a springboard. They may have had key players who had a taste of the big leagues in 2019 and were hoping this season would be the transition into becoming contenders in 2021.

A prime example is Hahn and the White Sox.

"I'm of the mindset, and have been of the mindset, is what we're building here is a multiyear project. It's a multiyear endeavor," Hahn said. "This was going to be sort of that first year of transitioning from the rebuild into that competitive stage, so it's extremely important from our perspective to get these guys out there and competing."

"We obviously have a young club, a team that's only going to grow and benefit from playing experience during the regular season and hopefully the postseason, so getting a taste of that this season was of the utmost importance," he said.

For the White Sox and others on the fringe of contention, it could mean taking a different approach to a 60-man group that includes the taxi squad. As in, would it be better to have players with big league experience available immediately if need be, or prepare prospects for the future?

In Seattle's case, Dipoto said he's now viewing the development of their prospects in a 17-month window. Whether it's on the taxi squad or in some sort of fall league, what can they get accomplished this year? And how does that alter the time frame for where they should be in their development come 2021?

For a club that expected to start turning the corner next year, the developmental loss this season could be significant.

"We are viewing this as almost the beginning of an onboarding for the next 17 months and messaging it to the players like that," Dipoto said. "We have your best interests in mind. We are going to preserve your health and well-being above all other things, and along the way we're going to compete our butts off and try to win as many of these 60 games as we can win.

"And who knows what can happen in a season like that, when it's 60 games. Anybody can get hot and make a run. And I guess to that extent we have as good a shot as anybody, but we're also highly focused on the big picture and it will stay that way." 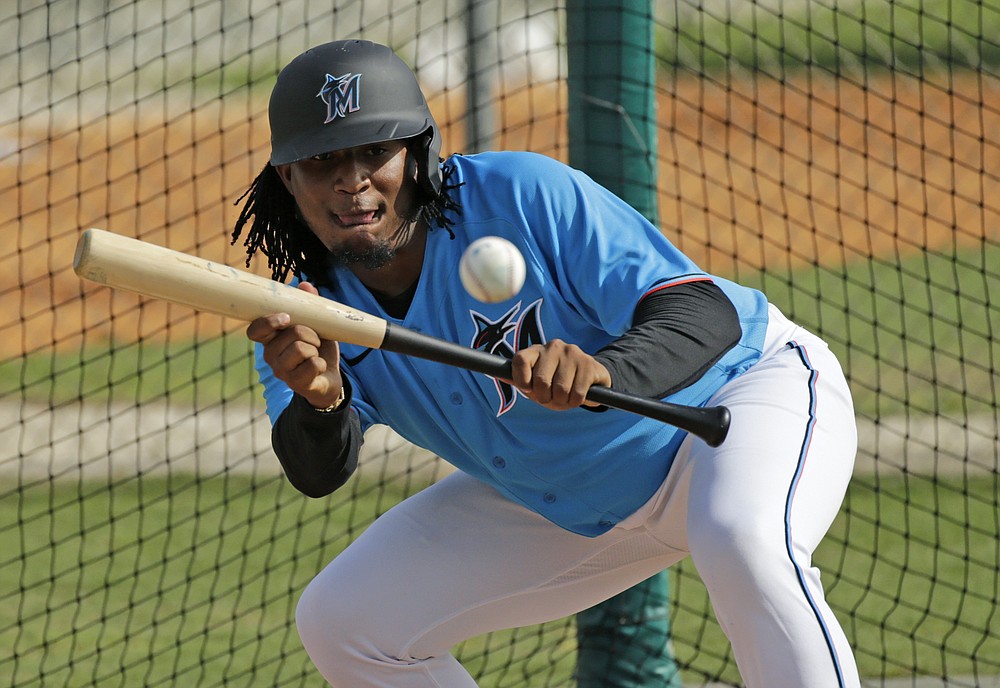 FILE - In this Feb. 12, 2020, file photo, Miami Marlins pitcher Sixto Sanchez run drills during spring training baseball practice in Jupiter, Fla. For a number of rebuilding teams, the 2020 baseball season was supposed to be another step in the progression of their top prospects eventually reaching the big leagues. With a truncated 60-game season in the majors and no minor league season expected, some clubs are concerned that the development of top prospects may be stunted. (David Santiago/Miami Herald via AP, File) 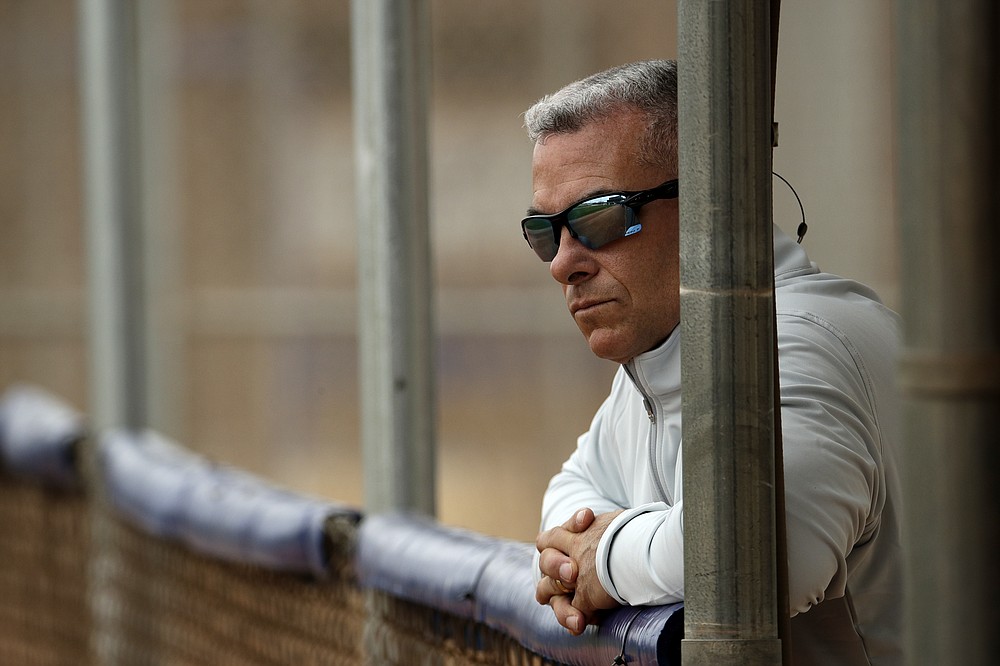 FILE - In this Feb. 13, 2019, file photo, Kansas City Royals general manager Dayton Moore watches a workout during spring training baseball practice in Surprise, Ariz. For a number of rebuilding teams, the 2020 baseball season was supposed to be another step in the progression of their top prospects eventually reaching the big leagues. “You want to be 100 percent sure a player is ready to help you at the major league level before you add them. There’s no minor leagues to send them down to if they struggle at the major league level,” Moore said.(AP Photo/Charlie Riedel, File) 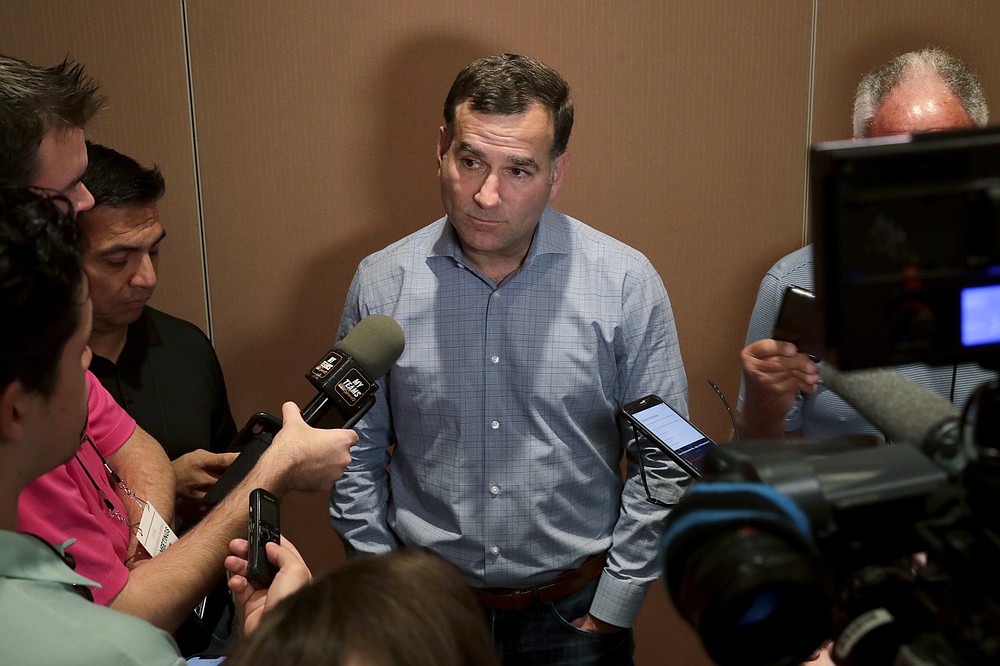 FILE - This Nov. 12, 2019, file photo shows Chicago White Sox general manager Rick Hahn speaking during a media availability at the Major League Baseball general managers annual meetings in Scottsdale, Ariz. For a number of rebuilding teams, the 2020 baseball season was supposed to be another step in the progression of their top prospects eventually reaching the big leagues. “It is affecting all 30 clubs,” Hahn said. “And it is something that as we head into the fall, winter, the 2021 season we’re going to have to adjust our expectations in terms of guys’ pacing, in terms of guys’ likelihood and timing at making an impact at the next level.”(AP Photo/Matt York, File)