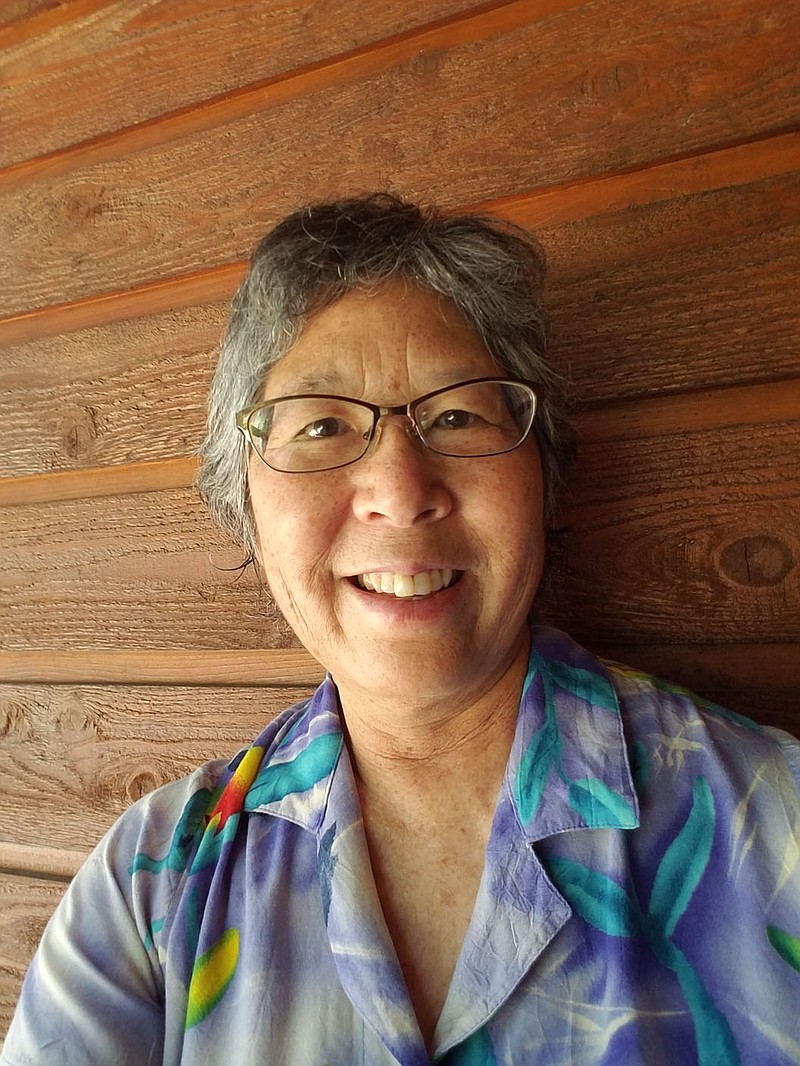 With everything going on the world, Amanda Bancroft wanted to give this space to a person of color for a week. Karen Takemoto, who is Asian-American, took up the challenge to write this "Making Ripples."

"Google it. It's a thing," said the gun-toting, aloha shirt-clad protester in Bentonville. So I did.

I am from Hawaii, where wearing flowery shirts is representative of aloha -- the love we share for each other and for nature. Aloha means hello, goodbye and is especially an expression of compassion for another. It was strange and rather offensive to mix the violence of assault weapons with aloha.

In my search, I first found a website selling flowery shirts with different weapons infused in the pattern. You can get your M-16 with hibiscus, AK-47 with ferns and flowers, weapons of various kinds infused with rather gawdy designs. But I'm not a fashion expert.

Apparently in an effort to defuse the hostilities that the wearing of swastikas would generate, mixing white supremacy with a reference to love seems right for this group. Instead of proudly wearing the swastikas that more clearly symbolize their values, they instead co-opt a symbol of inclusiveness from another culture.

Not all aloha shirt-clad gun-toters share white supremacist values. Some say they are simply libertarians, anti-government, and/or Second Amendment rights fanatics. They were also present at rallies protesting the stay-at-home orders as covid-19 made its way across the country. They espouse that they advocate for the right of all people to express their opinions and will defend them bullet and blade to allow that expression. Openly carrying a gun is their right and their expression.

Some of these individuals and groups call themselves the "Boogaloo Bois," which is code for a coming civil war or societal collapse that they yearn for. It stems from online jokes about the 1984 movie "Breakin' 2: Electric Boogaloo," which eventually evolved into "boogaloo," then "big igloo" and "big luau." From there, the jump was made to wearing aloha shirts.

Hijacking symbols from another culture is rarely done with good results. Native Americans were relegated to cartoonish tomahawk-chopping behavior, war-painted faces or called "redskins" or "chiefs." While some may justify this as uplifting the brave character of Native Americans, it does not.

Hijacking a Hawaiian symbol of aloha with hate-filled hearts and outward promotion of violence is a direct affront to the people of Hawaii. Kindness and harmony, the epitome of aloha spirit, is consciously promoted in Hawaii. It is an island state where people must live and work together.

Hawaii is made up of diverse racial and ethnic backgrounds. According to the 2015 U.S. Census, Asians (Filipinos, Japanese, Indian, Korean, Vietnamese, etc.) comprised 38.6%; white, non-Hispanic, 22.7%; native Hawaiians and other Pacific Islanders, 10%; Hispanics, 8.9%; Black, 1.6%; Native American and Alaskan, 0.3%. Significantly, "mixed race," having two or more races, is 23.6%. There is no majority. We honor diversity and have the best potlucks.

So rather than concede our beloved aloha shirt to those that do not seem to have the aloha spirit, we should all rummage through our old clothes and pull out our aloha shirts. Confuse and defuse those who carry guns, and instead share aloha with everyone.