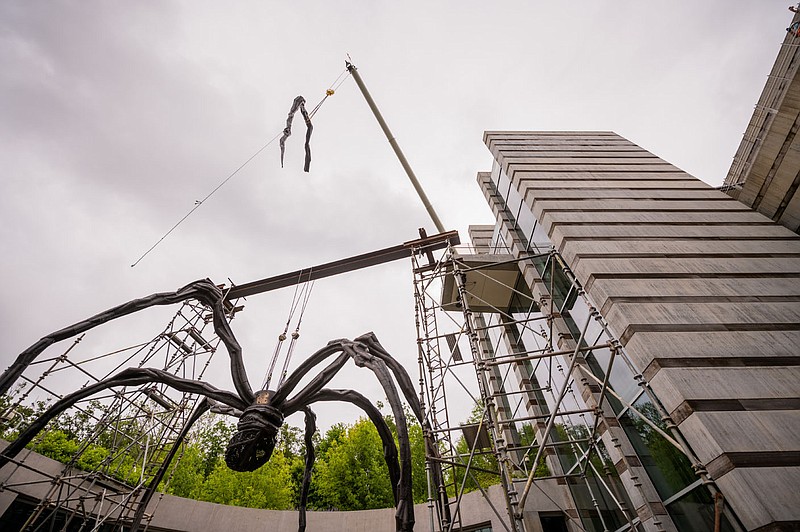 One of the biggest changes guests may have noticed when they began returning to Crystal Bridges Museum of American Art was the absence of everyone's favorite spider. That is, Louise Bourgeois' sculpture "Maman" won't be greeting guests in the main courtyard anymore.

When "Maman" was installed in the entryway in 2015, it was the first time the late French-American artist's 30-foot-tall bronze and stainless steel sculpture -- the largest work of her career -- was exhibited in the United States. Luckily, she hasn't crept off too far. "Maman" was moved to the South Lawn to clear the way for the courtyard's renovation and lobby expansion.

"I look forward to how people will engage with her in her new home," Jennifer De Martino, head of collections at the museum, says of "Maman's" relocation. The South Lobby, De Martino explains, is considered the museum's secondary entrance as the area experiences ample traffic from visitors approaching the museum from downtown Bentonville via the art trail.

"I'm really excited that she's not really in a pass-through space anymore," De Martino continues. "People who are coming through the courtyard are going to the store, going to the museum, leaving the museum -- they're on their way somewhere. Where she is now, it's so much more inviting for people to linger and really spend time with her and enjoy just being outside."

At more than 20,000 pounds, "Maman's" relocation presented unique challenges for the museum, even though the installation team had already moved the piece once before -- for her museum debut.

"We had some extra challenges this time around because of covid-19," De Martino explains.

Because of the pandemic and quarantine restrictions between states, Crystal Bridges was unable to bring in Eddie McAveney of More Specialized Transportation -- widely considered the expert installer for Bourgeois' monumental sculptures. Additionally, the full team of contractors, subcontractors and museum staff had to be fully equipped with proper personal protective equipment for the duration of the process.

"It's absolutely impossible to maintain 6 feet of distance when you're working on a project like this -- you have two people in a manlift, you have two people in a scissor lift, you are handing people tools..." De Martino illustrates. "I think everyone had the opinion that it would be so much more spacious [on the South Lawn] than it was in the courtyard, and we wouldn't have to worry about space, but I'll tell you, when you get the equipment in place -- a huge crane truck, a telehandler, another smaller crane truck -- and you start staging the legs, you don't have any space. So that was a little unexpected, as well."

Despite revealing the move to be the institution's second most technically complicated install -- R. Buckminster Fuller's "Fly's Eye Dome" holds the top spot -- the transition was executed beautifully, De Martino assures. And though some might have seen "Maman" as a friendly and nurturing presence to welcome visitors to the museum, as the artist did, Director of Operations Scott Eccleston is excited for visitors to experience the new enclosed courtyard and expanded lobby.

The decision to implement the changes to the courtyard and lobby was born out of years of collecting visitor feedback, Eccleston shares. After considering what is important to guests, the priorities of the renovation were revealed to be removing doors and windows to make the entire flow less cumbersome to navigate; providing more opportunities for guests to decompress upon their immediate entry; and incorporating the museum store more fully in the visiting experience.

"That 3,300 square feet that's part of this new lobby now will all be part of a much bigger space and will feel restful," Eccleston says of the redesign -- by original museum architect Moshe Safdie -- providing an opportunity to rethink how a guest enters the space. "We are going to add some self-service kiosks, we're going to add video boards, we are really going to transform the whole guest experience coming in, just by enclosing this lobby. So it's a huge deal for us to pull off." 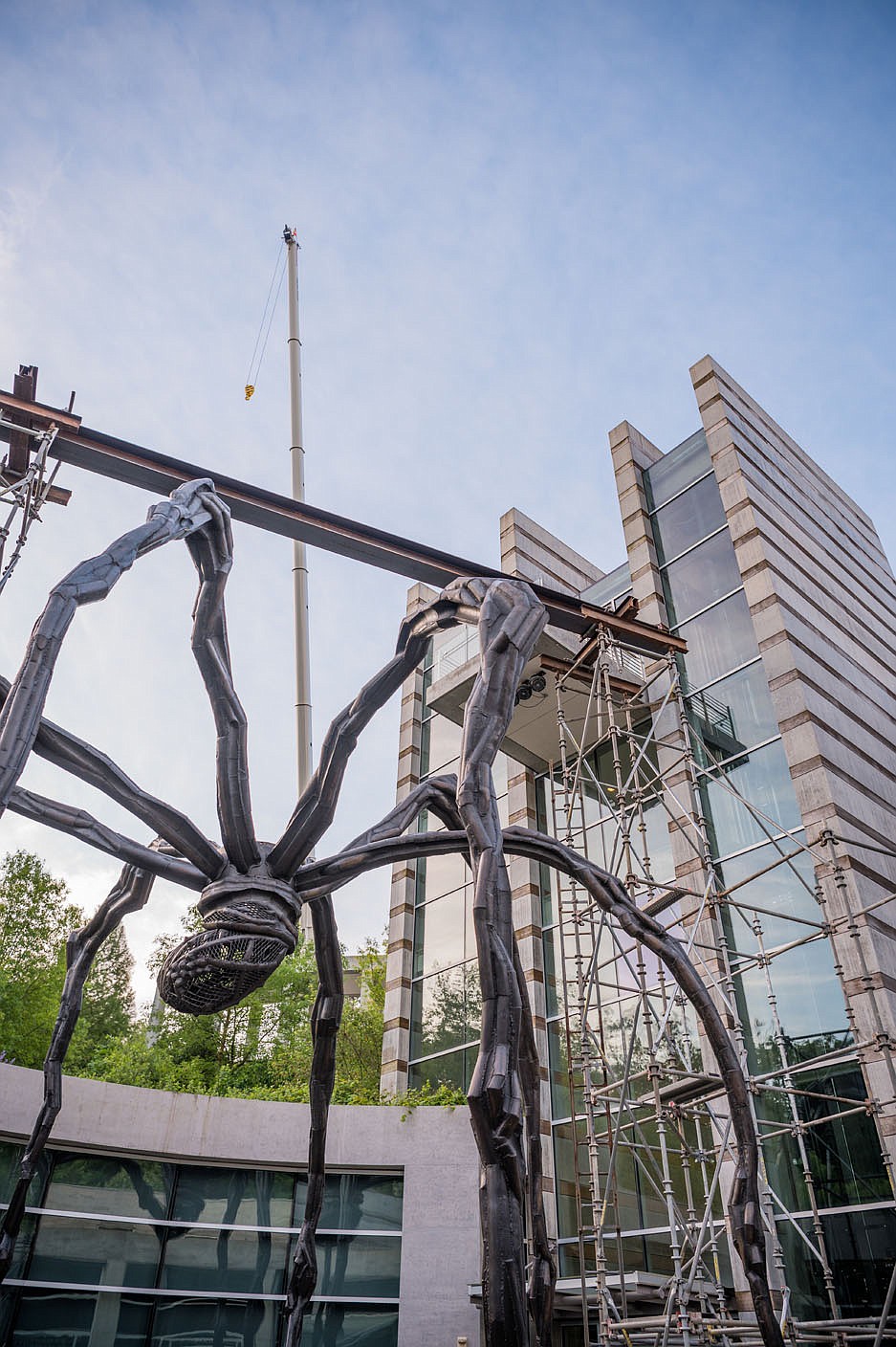 WHEN — The museum is open at reduced capacity 10 a.m.-6 p.m. Saturday through Monday; 10 a.m.-9 p.m. Wednesday through Friday; closed Tuesdays. Visitors must register for a timeslot prior to their visit.

WHERE — 600 Museum Way in Bentonville