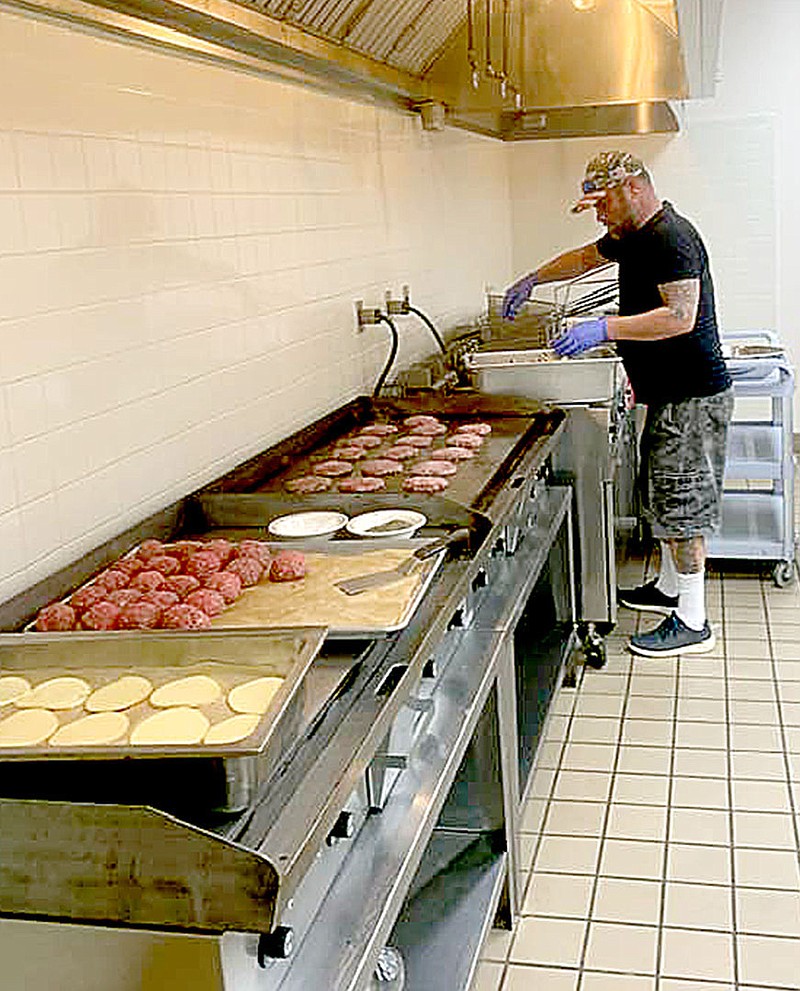 Photo submitted Chef Jeff Wetzel spends his Tuesday making 125 Bouvier burgers at St. Bernards Catholic Church. Wetzel is in the process of opening his own restaurant but while he waits for renovations to be complete, he donates his time to the church project designed to give meals to home bound parishioners.

It started, says parish manager Russ Anzalone of St. Bernard's Catholic Church, when a member donated some funds to help his fellow parishioners during the covid-19 shutdown. There have always been members in the Bella Vista congregation who are homebound, but precautions because of the new virus made that number go up. One parishioner wanted to help by paying for some meals.

So Anzalone and Father Barnabas Maria-Susai, the pastor, started thinking about the best way to accomplish that goal.

Meanwhile, Jeff Wetzel was busy planning his new restaurant, B List Burger Bar, but before he could open, the building -- most recently a barbecue restaurant called Rhythm & Q -- needed some renovations. Since it was a small space, Wetzel wanted to add a patio and take out the counter, but renovations mean permits and he kept running into delays. A friend who is a member of the Knights of Columbus made the connection. He told the church staff about Wetzel, and he told Wetzel what the church needed, and, since late April, Wetzel has been cooking two meals a week in the St. Bernard's kitchen.

At first, he was cooking for 25 to 30 homebound parishioners, and the Knights of Columbus members were delivering. But word got out and other people asked about meals. As long as he knew in advance how many people he was cooking for, Wetzel didn't mind making extra, so the church office started accepting reservations. After the homebound meals go out, people with reservations can pick up a meal and leave a donation.

The donations don't always cover all the costs, Anzalone says, but that's fine. They still have some of the original donation to make up the difference. Usually, there are about 75 meals going out, but for very popular meals, they limit the reservations to a total of about 125. No shows haven't been a problem, he says.

Each week, Wetzel decides on a menu that is posted on the church website. Reservations for Tuesday evening need to be made by Monday noon; and for Thursday, the deadline is Wednesday noon. That gives Wetzel time to shop for ingredients.

He does all the cooking at the church and uses his own recipes. On Tuesday of last week, he was making "Bouvier burgers on pretzel buns," so he spent the day baking 125 homemade pretzel buns. When he opens his restaurant, he'll make his own buns, he explains. He wants potential customers to taste exactly what they'll get when he opens.

So far, the burgers have been the most popular meal, but pot roast night brought a lot of compliments, too. Taco Tuesday worked well the first time, but the second time it wasn't as well-received, Anzalone says, suggesting there are lots of places to get tacos.

As long as he's waiting to open the restaurant, Wetzel plans to continue cooking.

"We want to be part of the community," he says. It turned out to be good advertising for his future restaurant, he says, but that was never why he did it.

It may be another month before the renovations are complete and B List Burger Bar is open. The name, Wetzel says, comes from his career working in "A list" restaurants.

"I'm done plating with tweezers," he says. The stress of working in fine dining was not good for his health. Also, he says, the B list name plays on the menu items that begin with "B" like the burgers and the barbecue.

Wetzel will continue to help out at the church, but Anzalone says they may get him some help. There are other cooks among the parishioners, he says. 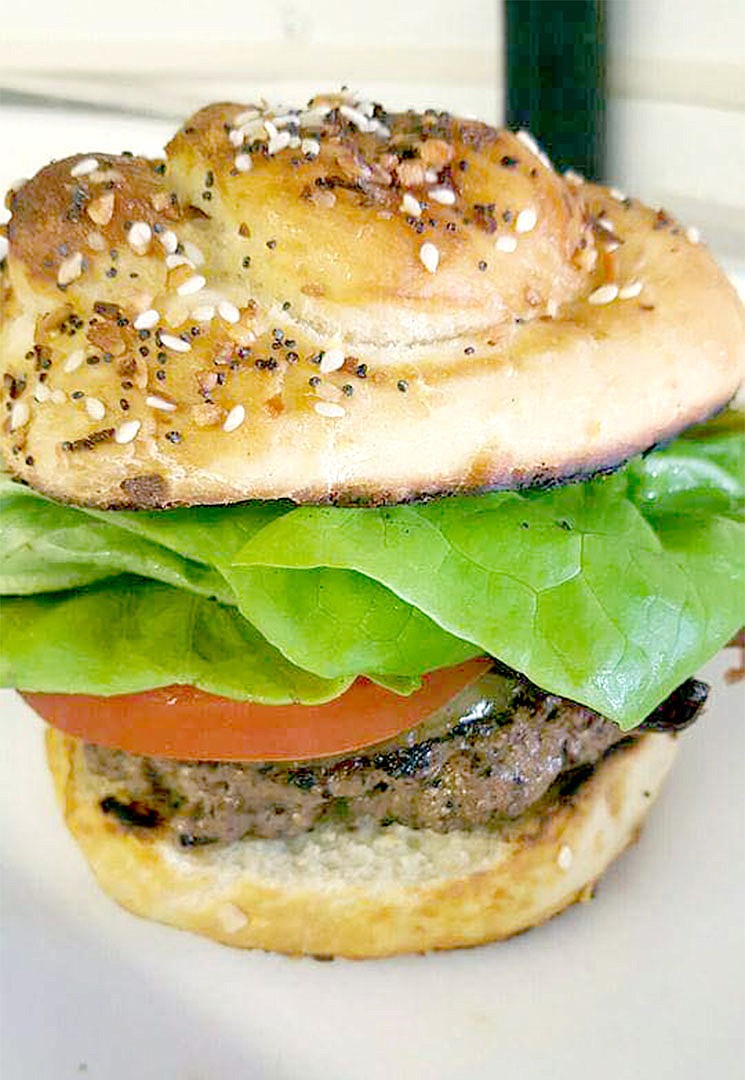 Photo submitted The Bouvier burgers with a home made pretzel bun will be on the menu when B List Burgers opens. Meanwhile, some Bella Vistans are enjoying Chef Jeff Wetzel's meals via St. Bernards Catholic Church.
More News