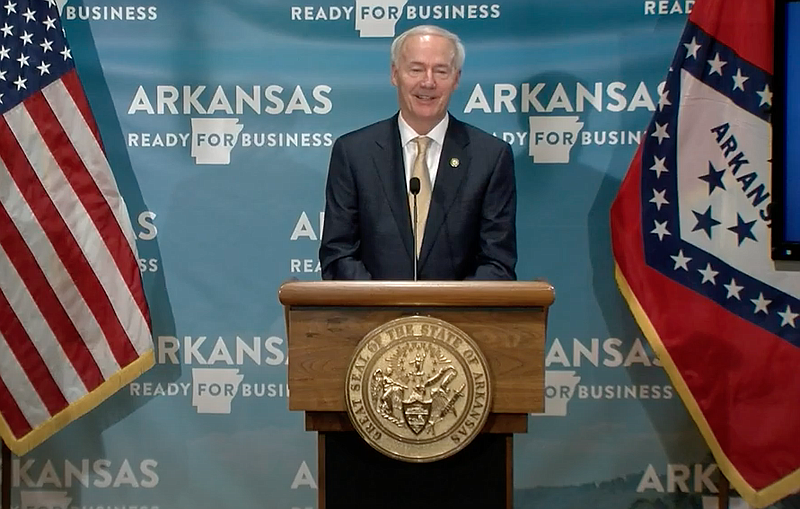 Arkansas Gov. Asa Hutchinson speaks to reporters at the state Capitol in Little Rock on Friday in this still of video provided by the governor's office.

Seven more Arkansans also died of the virus, bringing the toll to 249.

The total number of coronavirus cases reported in Arkansas remained at 18,062 Friday morning, according to a state website. Though Hutchinson on Thursday said 242 people had died as a result of covid-19, the website reported 240 deaths Friday morning.

[Video not showing up above? Click here to view » https://www.youtube.com/watch?v=5tKJgrkgoho]