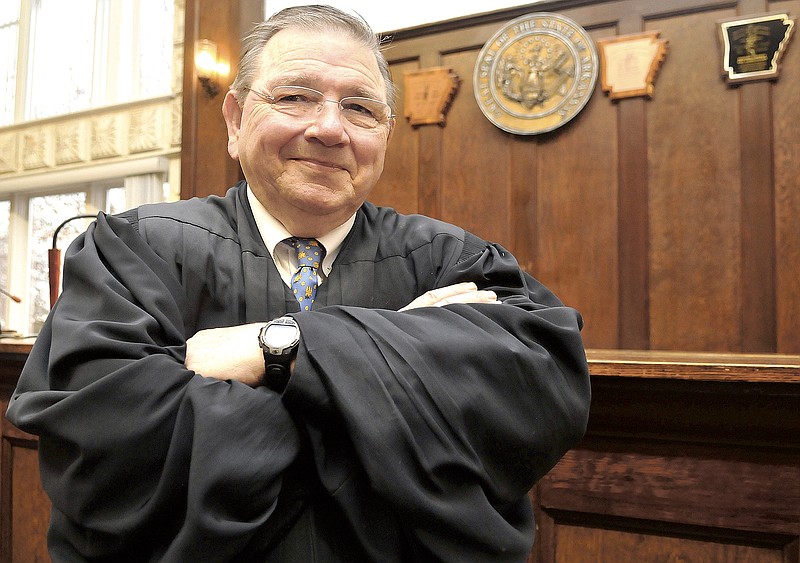 Rogers attorney Drew Miller said empathy is the word coming to his mind when he thinks of Keith. "He cared about everyone," Miller said. "He wanted everyone to be treated fairly particularly when it came to justice."

Miller said he remembers working as a deputy prosecutor and Keith letting young lawyers make mistakes, but never putting obstacles in front of them to prevent them from succeeding.

"He represented his clients well no matter who they were," Lingle said. "He was also a fine judge."

Lingle said he was Keith's campaign manager when he was first elected district judge in Rogers. Lingle said when he first appeared in Keith's courtroom, Keith held him in contempt and fined him $50 after Lingle said, "Yeah," to him.

Springdale attorney Joel Huggins said he was saddened to hear about Keith's death.

"I loved and respected him," Huggins said. "He was the best kind of judge, understanding, compassionate and fair to everyone that came before him. He treated all in the judicial system with dignity and the understanding of human nature."

"It saddens me deeply to report to you that we've lost a gentle giant in our legal community," Karren said. "My dear friend, former Circuit Judge Tom Keith, passed away this afternoon after a short illness. My heart breaks for his lovely wife, Henri, their family and friends."

Keith served in the Marine Corps and even once worked as a door-to-door vacuum cleaner salesman.

He completed law school at the University of Arkansas in 1973 and began private practice before eventually becoming a full-time public defender in Benton County.

In 1981, he decided to seek the judgeship for Rogers Municipal Court. His bid was successful and four years later he switched courtrooms when he was elected a circuit judge.

"He was Judge Keith," Springdale attorney Billy Bob Webb said. "He was larger than life.

Webb said he sometimes filled in as special judge for Keith and he remembers speaking at his retirement party.

"He's been an integral part of my life," Webb said. "Benton County, the state and country has lost a patriot."

Bentonville attorney Shane Wilkinson said he tried a lot of cases in front of Keith. "He made some really tough decisions along the way that made a lot of precedent that all lawyers in Arkansas rely on to this day," he said.

Prosecutor Nathan Smith said when he began as a deputy prosecutor he was assigned to practice in Keith's court.

"I will always be grateful for his patience with me as a new lawyer and the lessons I learned in his court," Smith said. "He was a good man and I was blessed to know him. I'm certain that Judge Keith's loss will be felt not only by his family and friends, but also by the community he served."

Sean Keith, the judge's son who's also an attorney, posted Sunday on Facebook about his father.

"Happy Father's Day Tom Keith," he said. "You taught me a lot both as a child and as an adult. Your lesson of always having compassion and empathy for others regardless of their past mistakes was perhaps was the most important. You were an incredible judge and I will always be grateful for being your son. I hope I will be remembered as a good father to Patrick and Mallory Keith."