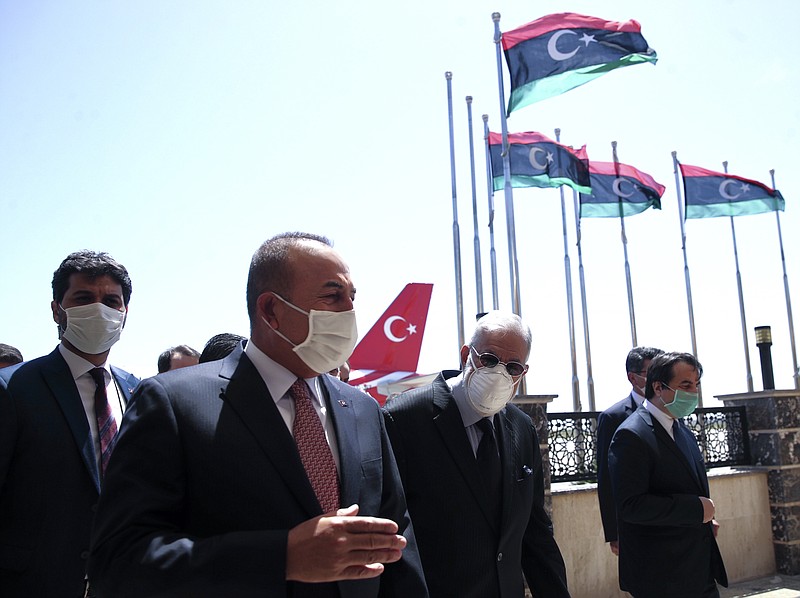 CAIRO -- Egypt's president Saturday warned that an attempt by Turkish-backed forces in Libya to attack the strategic city of Sirte would cross a "red line" and trigger a direct Egyptian military intervention into the conflict.

Abdel-Fattah el-Sissi, in televised comments, said Egypt could intervene in neighboring Libya with the intention of protecting its western border with the oil-rich country, and to bring stability, including establishing conditions for a cease-fire, to Libya.

El-Sissi warned that any attack on Sirte or the inland Jufra air base by forces loyal to the U.N.-supported but weak government in Tripoli would amount to crossing a "red line."

"Let's stop at this [current] front line and start negotiations to reach a political solution to the Libyan crisis," he said.

Calls seeking comment from a spokesman for the Tripoli-based government went unanswered. But Mohammed Ammry Zayed, a member of the presidential council, an advisory body for the U.N.-supported government, said it rejects el-Sissi's comments as a "continuity of the war against Libya's people."

El-Sissi spoke while inspecting Egypt's air force and commando units stationed in the Sidi Barrani air base in the country's western region along the porous desert border with Libya.

He said Egypt is ready to provide arms and training for Libyan tribes to "defend their country." He told tribal representatives attending his speech that if Egypt were to intervene, its forces would advance with tribal leaders at the vanguard.

El-Sissi's comments come after Libyan fighters allied with the Tripoli-based government earlier this month advanced toward Sirte, a move that ignored an Egyptian initiative, backed by the east-Libya camp, to stop fighting and embark on peace talks.

Taking Sirte would open the gate for the Tripoli-allied militias to advance even farther eastward, to potentially seize control of vital oil installations, terminals and oil fields that tribes allied with Gen. Khalifa Hifter shut down earlier this year, cutting off Libya's major source of income.

Libya has been in turmoil since 2011 when a civil war toppled longtime dictator Moammar Gadhafi, who was later killed. The country has since split between rival administrations in the east and the west, each backed by armed groups and foreign governments.

Eastern-based forces under Hifter launched an offensive to try to take Tripoli in April last year. The chaos has steadily worsened as foreign backers have increasingly intervened, despite pledges to the contrary at a high-profile peace summit in Berlin earlier this year.

Hifter's forces are backed by the United Arab Emirates, Egypt and Russia, while the Tripoli-allied militias are aided by Qatar, Italy and Turkey.