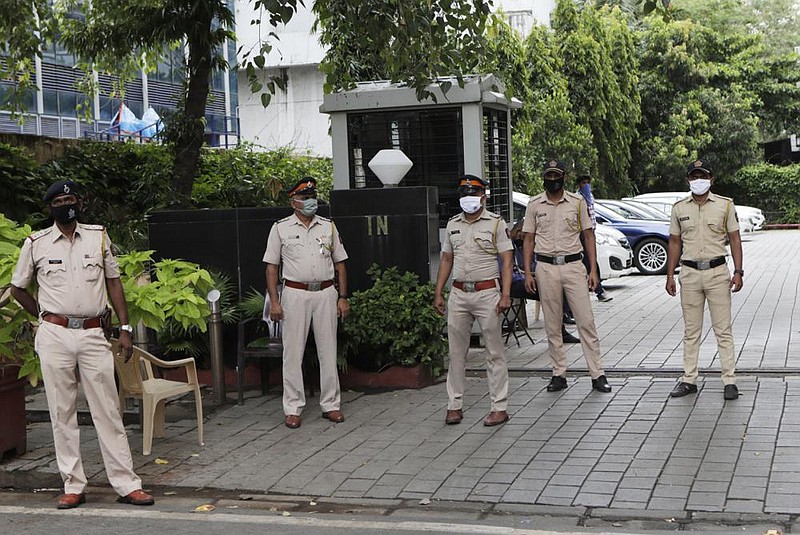 NEW DELHI -- India and China traded blame Wednesday for a deadly clash that left 20 Indian soldiers dead high in the Himalayas and pushed the relationship between the two nuclear-armed neighbors into uncharted territory.

The conflict late Monday -- where Chinese and Indian troops fought each other with clubs, rods and rocks near a river -- was the most serious conflict between the two countries in more than 50 years.

In his first comments on the incident, Indian Prime Minister Narendra Modi said Wednesday that "India wants peace" but that when provoked, it "will give a befitting reply."

The clash marks a turning point for India and China. The relationship between the two Asian giants has been fraught but not violent in recent decades.

[Video not showing up above? Click here to watch » https://www.youtube.com/watch?v=DIZefIJB2Ro]

Now the two countries face a landscape marked by deepened distrust and fresh conflict along their 2,200-mile frontier. For the moment, however, neither India nor China appears willing to risk a broader clash: India is struggling with the coronavirus pandemic and an economic crisis, while China is grappling with sharply slowing growth and a spiraling rivalry with a far more threatening geopolitical opponent, the United States.

Both India and China said Wednesday that they would attempt to resolve their differences through dialogue, but the situation remained tense and uncertain.

China demanded that the Indian soldiers involved in the incident be "severely punished." India, meanwhile, said that "premeditated and planned action" by the Chinese side was "directly responsible" for the violence.

Modi paid a somber tribute to the soldiers who were killed, pressing his palms together with his eyes closed during two minutes of silence broadcast on national television.

"The sacrifice made by our soldiers will not go in vain," he said.

In the Indian security establishment, there is palpable anger and bewilderment at China's actions. Experts in India say that China precipitated the clash last month by setting up encampments in territory that India claims at several points near their disputed border in Ladakh, leading to a standoff involving thousands of troops.

"The Chinese are acting like bullies," said Arvind Gupta, India's former deputy national security adviser, pledging that India would resist changes to the status quo. "Once you give in, then you have given in forever," he said.

Gupta added that the brutality of the clash combined with the high death toll was shocking -- as if "a gang war is taking place," he said.

The fatal confrontation began Monday after India sent a party of soldiers to check whether Chinese forces had withdrawn from a particular point in the Galwan valley after a round of talks between the two sides, according to two Indian army officers stationed in the region who spoke on the condition of anonymity because they were not authorized to discuss the incident.

That initial party was attacked and some captured, the army officers said, and both sides called for reinforcements. The ensuing melee went on for hours in the darkness and involved batons, rods, clubs and stones. Some of the Indians who died were thrown off -- or fell off -- a ridge into the frigid Galwan River below, the officers said. Dozens more were injured.

Indian and Chinese forces refrain from firing weapons in the border area in accordance with long-standing protocols.

China has not confirmed injuries or deaths among its troops, although a military spokesman referred in general terms to "casualties" in the incident. Wang Yi, the Chinese foreign minister, said in a statement Wednesday that Indian soldiers had crossed the Line of Actual Control -- the unofficial border -- and violently attacked the Chinese soldiers who approached them.

He demanded that India "immediately stop all provocative actions."

Despite the war of words, there were also signs that both countries were taking steps to reduce tensions in the immediate aftermath of the clash. While there was shock in India, there was little of the strident reaction or calls for retaliation that often occur during tensions with its rival Pakistan.

The clash drew a low-key response from the Chinese government, unlike incidents in military theaters such as the Taiwan Strait, where minor provocations by the U.S. military often lead to bellicose warnings from Beijing.

The morning after reports emerged of the deadly brawl, China's state news agency, Xinhua, and the Communist Party's official mouthpiece, the People's Daily, buried reports of the incident or omitted mention of it altogether.

Information for this article was contributed by Shams Irfan and Niha Masih of The Washington Post. 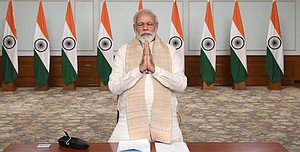 Indian Prime Minister Narendra Modi pays tribute Wednesday to the soldiers killed in the confrontation with Chinese troops. “The sacrifice made by our soldiers will not go in vain,” he said. (AP/India Government Press Information Bureau) 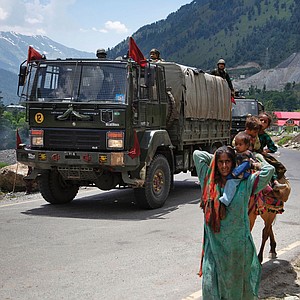 An Indian army convoy passes Kashmiri Bakarwal nomads Wednesday on the Srinagar-Ladakh highway northeast of Srinagar as it responds to a deadly brawl high in the Himalayas between Chinese and Indian forces Monday night that left 20 Indian soldiers dead. The clash marks a turning point for the relationship between the two Asian giants that has been tense but not violent in recent decades. More photos at arkansasonline.com/618army/. (AP/Mukhtar Khan)