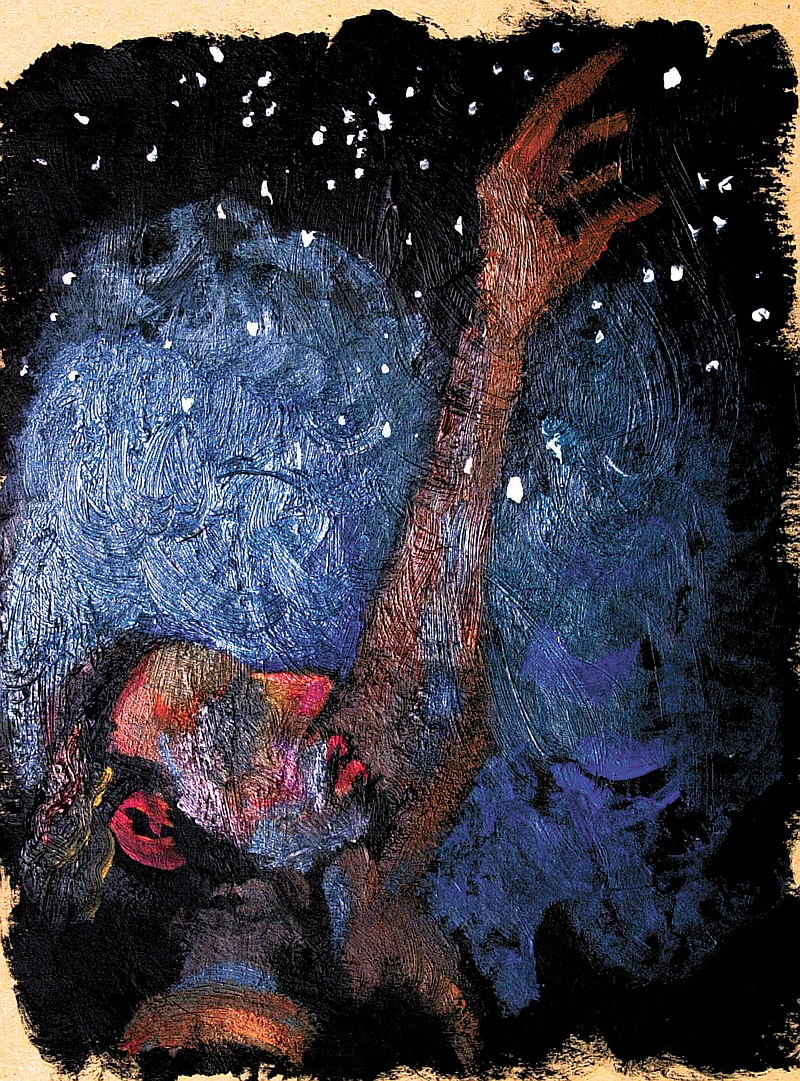 "Which view will prevail: the one that acknowledges man's fallen nature and so insists upon the biblical idea of separation of powers, checks and balances and yet preserves ordered liberty and "unalienable rights," or one that believes that man is perfectible, and that utopia can be reached by liberating the oppressed from the oppressor?"

The climax of the Revolutionary War was Yorktown in 1781, and tradition has it that when the British and Haitian troops marched out to surrender they were ordered to play "A World Turned Upside Down." That was a ballad that went back to the English Revolution, and the idea was deeply biblical.

What was the biblical idea?

God created order. Humans through sin create disorder, so God is working to restore his world, and as we come to know him with our gifts and callings, we become partners with him convenantly to help restore it. So when we turn the world upside down, we're turning upside down the status quo of our day in order to turn the world the right way up.

That was the idea in the English Revolution, a lost cause that failed. But it was the first of the five great major revolutions of the modern world beginning with the English in 1642, the American in 1776, the French in 1789, the Russian in 1917, and the Chinese (I was there as a small boy) in 1949.

The first two are very close. The English Revolution failed, the American Revolution succeeded, but both were biblical. Through the invention of printing and the power of the Reformation, the 17th century was called the biblical century, and the great model was the Hebrew Republic from the book of Exodus.

The French revolution was expressly anti-biblical, anti-Christian, anti-religious and anti-clerical. The hostility to religion and certainly to the Christian faith in the church has been a characteristic of the French and the Russians and the Chinese ever since.

Why does that matter?

It is the deepest key to the crisis of the republic today. Many people point out that America is as deeply divided now as in any moment since just before the Civil War, but why?

Some blame the president, but he is not the cause; he is the consequence of it. Some look at social media, but it is the reinforcement of it, not the root. Some say it's the clash between the coastals, California and New York, against the heartlanders in the Midwest and so on, and that is partly true. Others say that the clash is between nationalists and populists against the globalists--George Soros and like people who believe in a borderless world--and that's partly true, too.

But I would argue, and I'm not alone, the deepest division of all is the division of those who understand the republic and freedom from the perspective of 1776 and the American Revolution which was largely but sadly not fully biblical and those who understand America and freedom from the perspective of the French Revolution and its heirs.

If you take the three great ideals of liberty, fraternity, and equality, the French Revolution did almost nothing for liberty; think of the reign of terror. But the ideal of fraternity or brotherhood was the first we picked up, and it flowed into what was called revolutionary nationalism in the 19th century.

And that gave rise to the unification of Italy, the independence in Greece, and even to the thinking behind Theodore Herzl and the rise of Secular Zionism and the restoration of Israel.

In the 20th century, through the work of Karl Marx and Friedrich Engels in the 19th century, it was the third element, equality, which picked up revolutionary socialism. Obviously that's behind the Russian Revolution and the Chinese Revolution.

What we're seeing in the 21st century is the French Revolution breaking out in terms of what's now known as cultural or Neo-Marxism with its central philosophy "Critical Theory."

In the 1920s an Italian Marxist, Antonio Gramsci, sat in jail under Mussolini and tried to figure out why Marxism never happened as Marx predicted. He basically shifted from the economy to culture and from the proletariat revolution in the streets to what he called the hegemony of the dominance of the cultural elites, the gatekeepers.

His ideas flow down into the Frankfurt School. In America particularly, through the thinking of Herbert Marcuse, who's very important in 1967 and 1968 when he and Rudi Dutschke, the leader of the Red Army Faction in Germany, called for a long march through the institutions.

What do they mean?

I first came to this country in 1968. Martin Luther King had been assassinated in April; later Senator Bobby Kennedy, and later still the so-called Chicago police riots at the Democratic convention. One hundred American cities were ablaze. and yet the radicals knew that would not mean victory. So what was the long march?

They needed to be more patient and win the colleges and universities, the press and the media, and the world of entertainment in Hollywood. Then they would have cultural hegemony and cultural dominance in the gatekeeper class. And a little over 50 years later, we can see they won.

Ideas like political correctness, postmodernism, tribalism, sexual revolution, and the current rage for socialism go back to the years of the French Revolution in 1789; they have nothing to do with the American Revolution in 1776 and its biblical roots.

The big difference between now and the 1850s is that there is no Abraham Lincoln. Lincoln addressed the evil of the time: slavery, in light of what he called the better angels of the American character. He appealed to the Declaration of Independence.

The American Revolution was rooted in the scripture in Exodus, Deuteronomy, the Torah, and through the teachings of Calvin, Zwingli, Bullinger, Knox, and Cromwell. Cromwell says the Exodus is the direct parallel to what he was trying to do in the English Civil War; those ideas came over with the Mayflower, then John Winthrop, and then New England.

So what was the lost cause in old England became the winning cause in New England. The roots are completely different to the French roots: Jean-Jacques Rousseau, Voltaire, and later thinkers from the French enlightenment.

A second difference is their understanding of humanity. The biblical American Revolution is realistic. A separation of powers in the Old Testament suddenly becomes the idea behind the American separation of powers, checks and balances, which comes from James Madison through John Willis Menard.

Why? Because we are fallen. Ambition to counteract ambition, checks and balances because of egotism, and so on. The French Revolution was utopian. Man is born free, Rousseau said, yet everyone is in chains, so just remove a chain or two through politics, education, psychology, whatever, and humans will be happy and free and fulfilled. This is nonsense, and you can see in the Russian Revolution, the French Revolution and the Chinese Revolution that utopianism was disastrous.

Whenever there's a gap between the ideal and the real, the gap will always be filled with force and violence, and that's why utopianism is the father of the worst evils and violence.

Take a third difference: the whole notion of constitution. Many Americans don't realize that the American Constitution--"We The People"--comes from the Hebrew notion of covenant, and you can see the incredible difference today. For the people in our secular world thinking in more of a French style, constitution is simply law, contract, and interests. No, no--go back to Exodus and you can see the Sinai covenant is freely chosen consent.

That is the origin of the consent of God. It's a morally binding pledge, and a matter of the reciprocal responsibility of all for all. So covenantal constitutionalism includes the notion of freedom, and trust, and trustworthiness, and a cause that binds together truth and love. Which is the theme this weekend.

Take another major difference: the way the two revolutions address wrongs. They both agreed there are wrongs and injustices and oppressions in the world. But in the French style and according to the understanding of Critical Theory, what you look for is the majority and the minority, the oppressors and the oppressed. People have power, and people are the victims of power. And then there is no truth. Remember, according to Nietzsche, God is dead, truth is dead, everything is only power.

Critical Theory becomes a way of exploiting victimhood in order to change the status quo to a new one. But it's based only on power, so it becomes the new problem replacing the old problem, and retaliation of wrongs answered by revenge goes on and on and on, and you have a Corsican blood feud written large in the culture warring of America.

That's where we are today, and quite literally, there will be no end to it with talk of reparations and so on.

Now compare that with the biblical way of putting things right and addressing wrongs. Evil is addressed as evil, but then the possibility of repentance (Teshuvah in Hebrew and Metanoia in Greek) has an idea of radical and complete about-turn.

But then repentance is followed by forgiveness, freeing and cutting off the past completely and freeing the future from the burden of the past.

So you work towards a reconciliation in which enemies can be made truly friends, as Abraham Lincoln used to say, as we see very much in the early church. So you think of the early church and its idea of the Pax Christi, peacemaking under God, far better than Pax Romana, the Roman Peace.

The Roman peace, say many of their historians like Tacitus, is a peace through power, though a peace when one power dominates all the other powers. You then have oppression and dictatorship and imperialism. Whereas with Pax Christi, peace made with God through the blood of the cross, is a completely different understanding.

But as things played out in the 2016 election, the Kavanaugh hearings, the Russian collusion case, the Mueller hearings, and more, you can see almost daily in American life and politics the clash between the American Revolution and the French Revolution, the tragedy being there's no Lincoln addressing the better angels.

I'm not American, I'm European. I'm a great admirer of this country. It has done so much for the gospel around the world--for standing for principles like religious freedom--that it would be a tragedy of historic proportions if America turns away from the groundings of true freedom and goes a way that will be a disaster for freedom and humanity in the future.

If the camera was the other way around I could show you some of the heroes on my wall and the signed autographs. I have one of them from Irish poet W.B. Yeats. You remember in his great poem "The Second Coming" he talks about what rough beast is slouching towards Bethlehem to be born.

A little higher than Yeats I have Aleksandr Solzhenitsyn. Remember what he said to Americans in the 1970s in his warning to the West: Are you prepared to gamble your civilization?