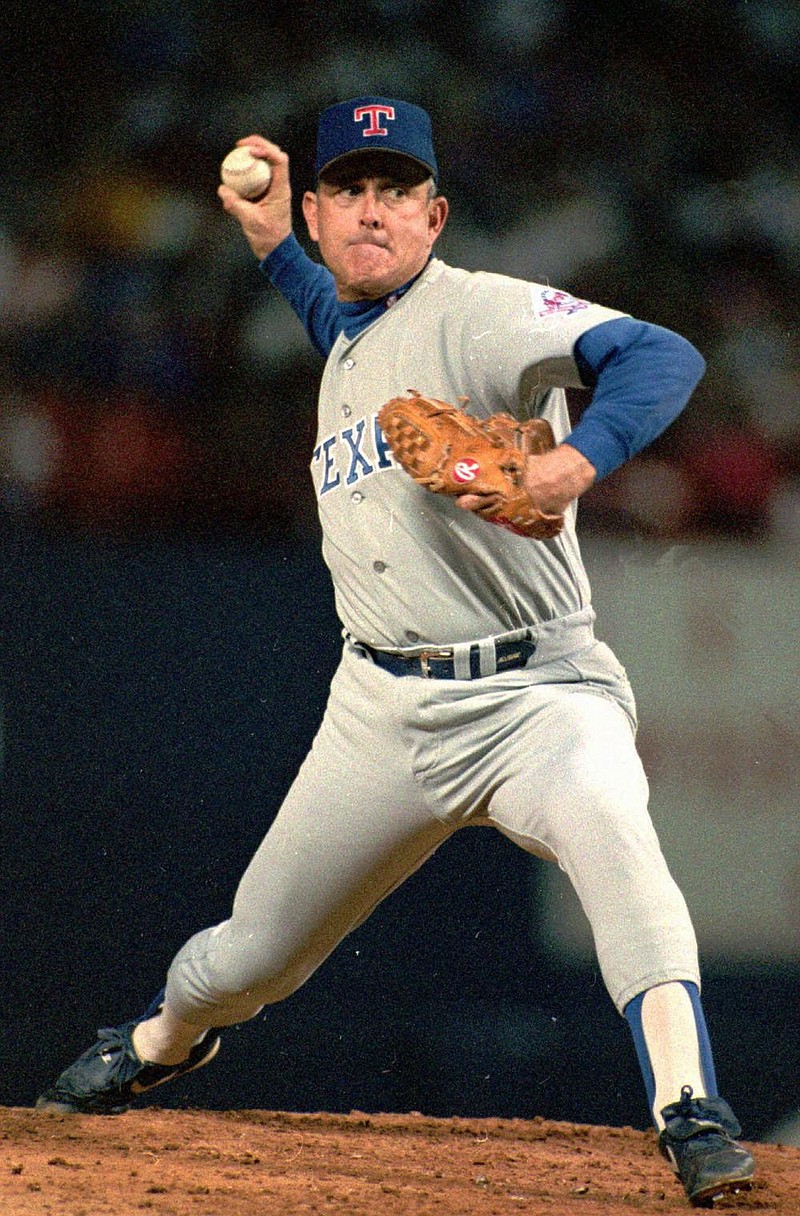 Nolan Ryan won his 300th career game on this date in 1990, leading the Texas Rangers to an 11-3 victory over the Milwaukee Brewers. (AP file photo)

This date in baseball

1930 Lou Gehrig drove in eight runs with a grand slam and two doubles, and the New York Yankees outlasted the Boston Red Sox 14-13.

1932 Cleveland's Municipal Stadium opened and Lefty Grove and the Philadelphia A's beat the Indians 1-0 before 76,979 fans.

1934 The St. Louis Cardinals defeated the Cincinnati Reds 8-6 in 18 innings at Cincinnati, with Dizzy Dean and Tony Freitas both going the distance.

1954 Joe Adcock hit four home runs and a double to lead the Milwaukee Braves to a 15-7 victory over the Brooklyn Dodgers at Ebbets Field. Adcock's 18 total bases set a major league record at the time. His double off the left-center field fence just missed going out by inches.

1990 Nolan Ryan, 43, won his 300th game, reaching the milestone in his second try, in the Texas Rangers' 11-3 victory over the Milwaukee Brewers.

2002 Mike Mussina became the second pitcher in major league history to give up six doubles in one inning, during the New York Yankees' 17-6 loss to Texas. Hall of Famer Lefty Grove allowed that many with Boston in 1934 against Washington.

2003 John Smoltz broke his own record as the fastest pitcher to record 40 saves by pitching a scoreless ninth in Atlanta's 7-4 victory over Houston. Last year, he got his 40th save on Aug. 8, en route to breaking the National League record with 55.

2006 Orlando Hudson hit home runs from both sides of the plate, including his first career grand slam, as Arizona beat the Chicago Cubs 15-4.

2007 The New York Yankees tied a franchise record by hitting eight home runs, including two by Hideki Matsui, in a 16-3 rout of the Chicago White Sox. New York last hit eight home runs in a game in a doubleheader opener at the Philadelphia Athletics on June 28, 1939.

2010 Carlos Gonzalez hit a game-ending home run to complete the cycle, and Colorado rallied to a 6-5 victory after blowing a three-run lead in the eighth inning to the Chicago Cubs.

2015 New York's Mark Teixeira hit home runs from both sides of the plate for the record 14th time, hitting his 10th grand slam and a two-run home run that led the Yankees past the Chicago White Sox 13-6.