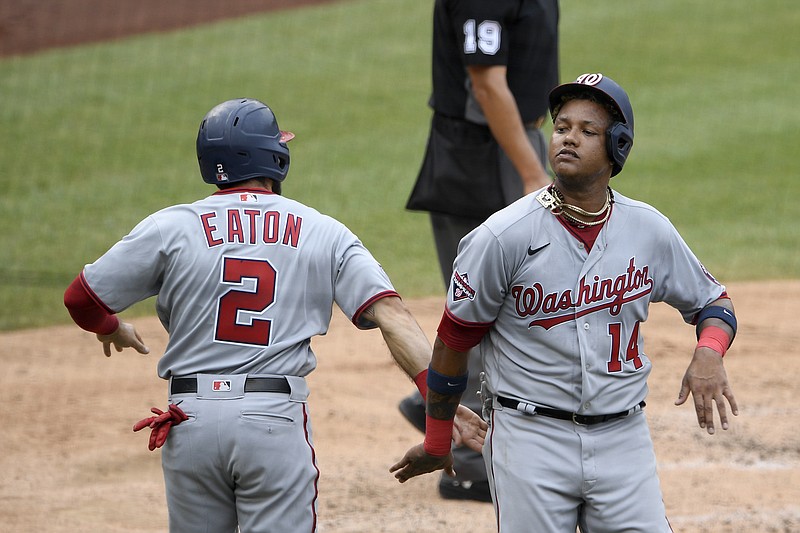 Washington Nationals' Starlin Castro (14) celebrates with Adam Eaton (2) after both scored on a double by Kurt Suzuki during the third inning of the team's baseball game against the Toronto Blue Jays, Thursday, July 30, 2020, in Washington. (AP Photo/Nick Wass)

WASHINGTON -- Starlin Castro is coming off a four-hit game. His Washington Nationals finally have their first consecutive wins of the season. So much for momentum, though.

That's because now the Nationals -- and their opponents Thursday, the Toronto Blue Jays -- need to take four days off.

Kurt Suzuki delivered a two-run double and Asdrubal Cabrera added an RBI double off Ryu (0-1), who gave up Taylor's two-run shot to straightaway center that he celebrated with a socially distanced dugout dance in the fourth. Taylor is 2 for 14 this season, a .143 average, but both hits cleared the fences.

Ryu's ERA is 8.00 after he allowed five runs and nine hits in 41/3 innings, his second start under an $80 million, four-year deal Toronto gave him after he was second in NL Cy Young Award voting for the Dodgers in 2019.

"I tried to replicate what I'd done in the past against the team," Ryu, who had a 1.37 ERA against Washington last season, said through an interpreter, "but it just didn't work out like I wanted."

Erick Fedde, making his second start in place of a sidelined Stephen Strasburg, gave up two runs in 31/3 innings. Ryne Harper (1-0) followed and got five outs for the win. Daniel Hudson earned his first save.

BRAVES 2, RAYS 1 Max Fried retired Tampa Bay's first 14 batters and combined with three relievers on a four-hitter as host Atlanta beat the Rays. Dansby Swanson had a run-scoring single in Atlanta's two-run second inning. Fried (1-0) struck out seven and walked one while allowing one run in 62/3 innings. The left-hander improved to 4-0 in four interleague starts. Luke Jackson, and Shane Greene combined for four outs before Mark Melancon pitched the ninth for his second save.

RED SOX 4, METS 2 Christian Vazquez hit two more home runs and Martin Perez gave Boston's patchwork rotation a much-needed lift, leading to a 4-2 victory over host New York. Perez (1-1) overcame four walks and some shaky defense behind him, allowing only two hits while striking out five in 52/3 innings for his first win with the Red Sox. The left-hander signed a $6.5 million, one-year contract as a free agent in December. Vazquez connected twice off Steven Matz (0-1), including a two-run shot on an 0-2 pitch in the fourth that put Boston ahead 3-2.

ROYALS 5, TIGERS 3 Trevor Rosenthal pitched a scoreless ninth for his first save since 2017 and visiting Kansas City beat Detroit, overcoming Miguel Cabrera's first multihomer game since 2016. Once a standout closer for St. Louis, Rosenthal has struggled with his health and his effectiveness in recent years, finishing 2019 with a 13.50 ERA in 22 appearances with the Nationals and Tigers. When he retired JaCoby Jones on a grounder to end the game, he gave his glove a little celebratory tap. Cabrera hit home runs in the first and eighth, and Jonathan Schoop added one for Detroit in the fourth.

INDIANS 2, TWINS 0 Cleveland's Shane Bieber tied the major league record for strikeouts in a pitcher's first two starts of the season, punching out 13 over eight innings in the Indians' victory over Minnesota. Bieber (2-0) fanned 14 over six scoreless innings on Friday against Kansas City. His 27 strikeouts in the two games matched the record set by Karl Spooner of the Brooklyn Dodgers in September 1954 during the first two starts of his short career. Francisco Lindor supplied all the offense Cleveland needed with a two-run home run in the third inning off Jose Berrios (0-1). 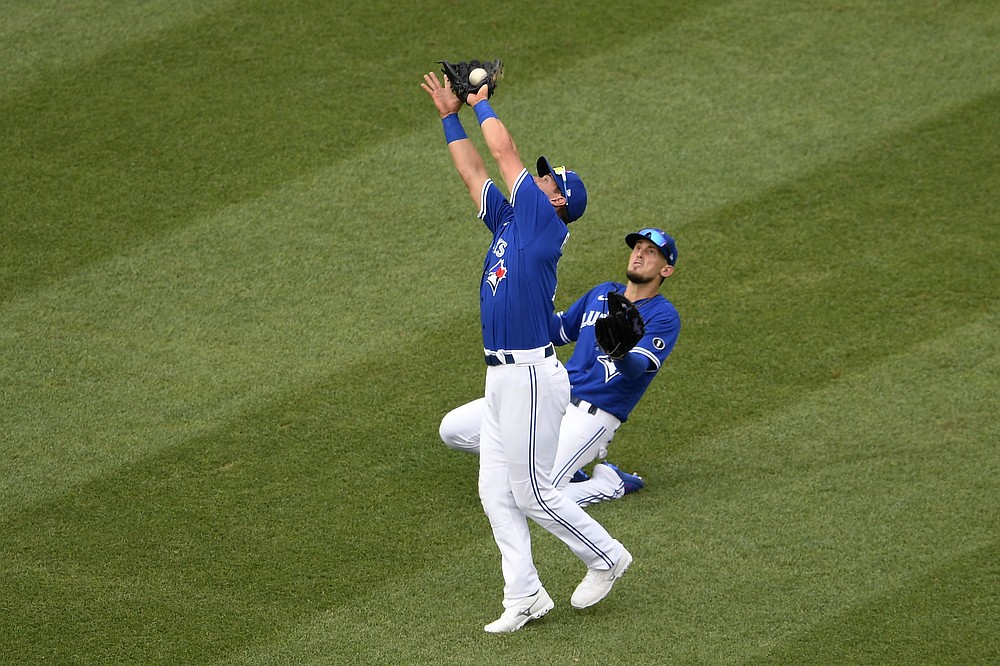 Toronto Blue Jays second baseman Joe Panik, front, makes a catch for the out on a fly ball by Washington Nationals' Adam Eaton during the fourth inning of a baseball game Thursday, July 30, 2020, in Washington. At right is Blue Jays' Cavan Biggio. (AP Photo/Nick Wass) 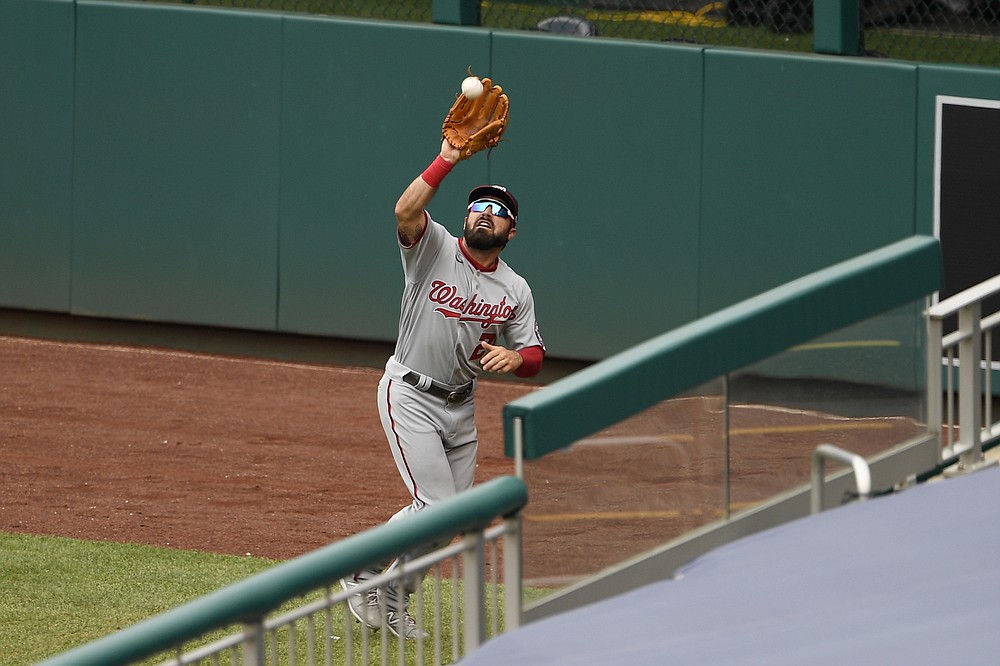 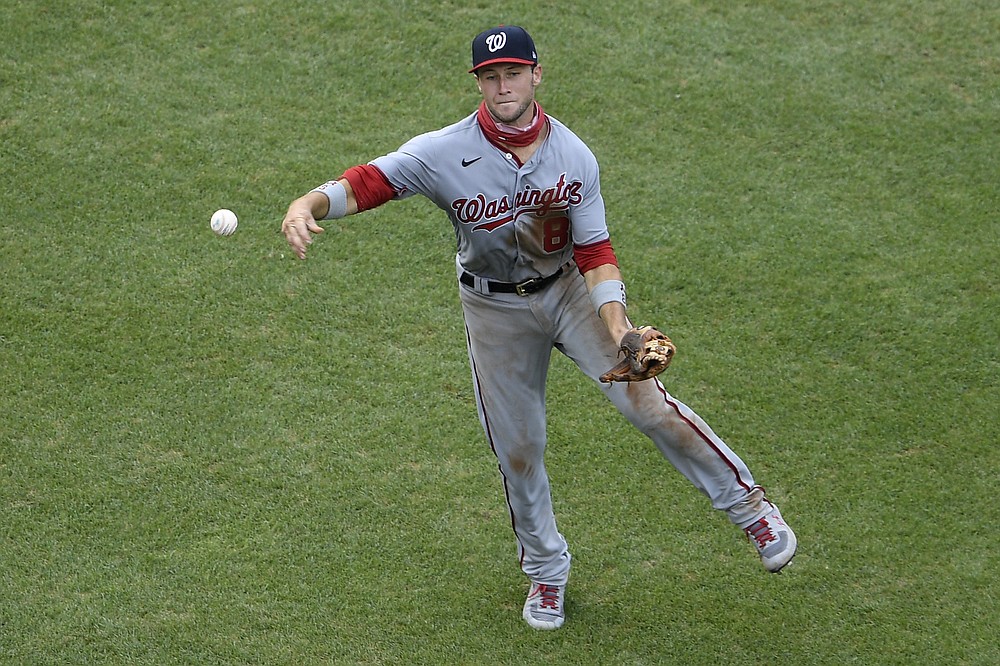 Washington Nationals third baseman Carter Kieboom throws to first for the out on Toronto Blue Jays' Brandon Drury during the fourth inning of a baseball game Thursday, July 30, 2020, in Washington. (AP Photo/Nick Wass) 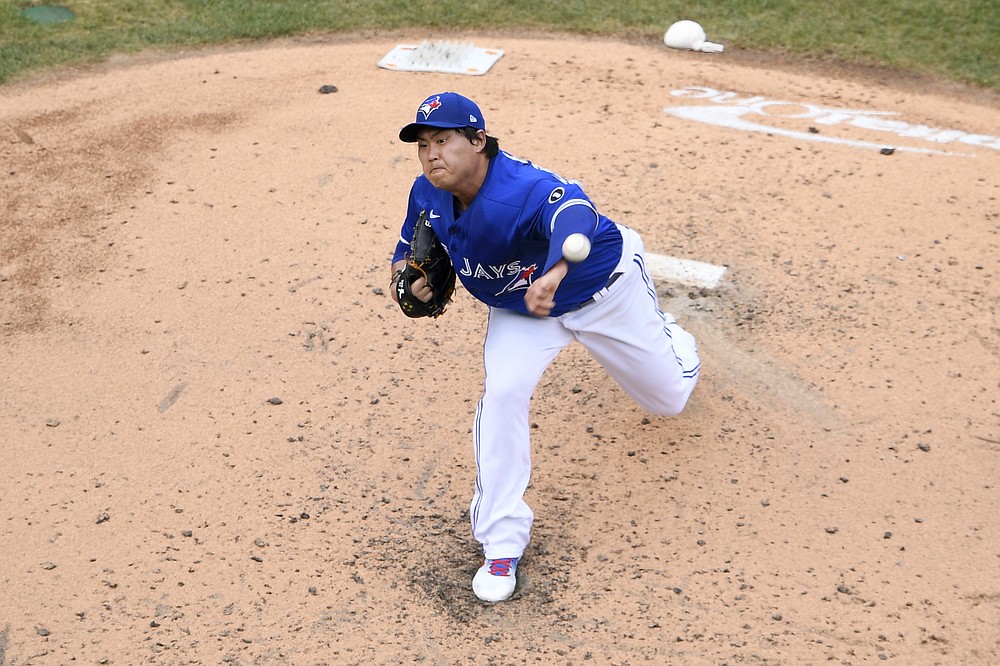 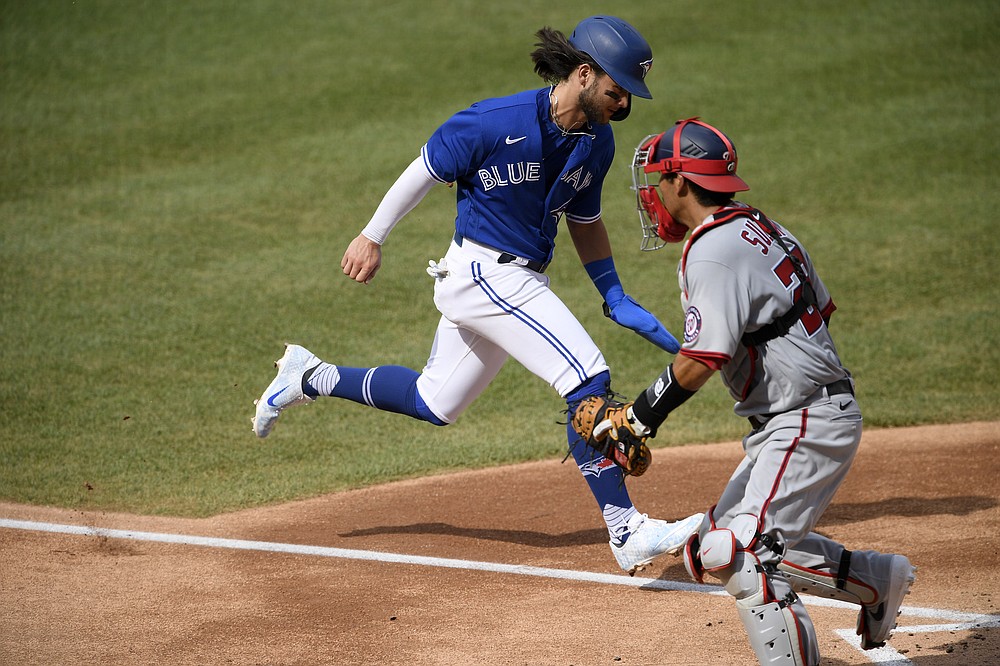 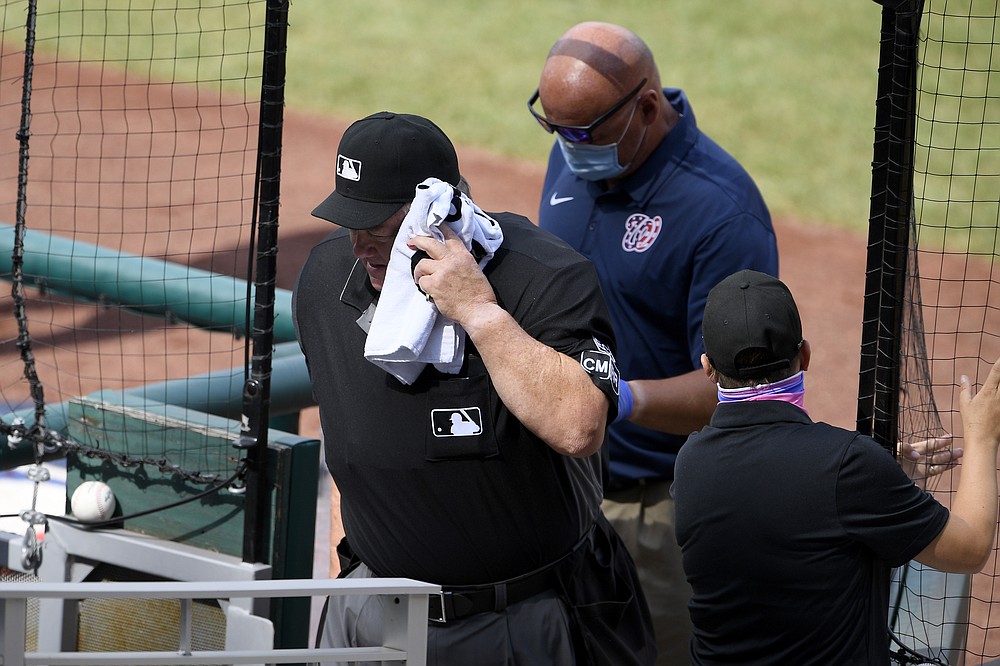 Home plate umpire Joe West, left, leaves the field after he was injured during the first inning of a baseball game between the Toronto Blue Jays and the Washington Nationals, Thursday, July 30, 2020, in Washington. (AP Photo/Nick Wass)