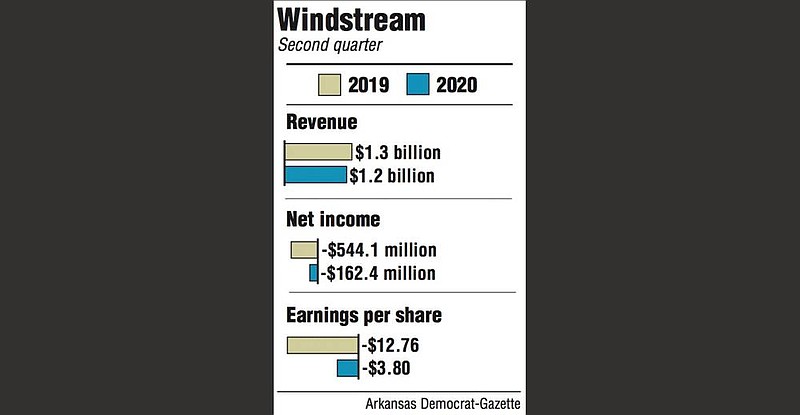 Windstream Holdings Inc., preparing to break free from bankruptcy protection, reported a net loss of $162.4 million, or $3.80 per share, in announcing its second quarter earnings Thursday.

Revenue for the period ending June 30 was $1.2 billion, relatively flat from the $1.3 billion reported over the same quarter in 2019.

The company reported robust growth in its consumer broadband business, achieving a quarterly record with the net addition of 22,100 customers and giving Windstream nine consecutive quarters of growth. The second quarter additions are the company's highest customer growth in a decade.

As a result, Windstream has set a revised goal of up to 60,000 net new broadband customers for the year. That represents a 50% increase from the company's previous goal and is more than double 2019's net growth.

The second quarter announcement is the last time Windstream is projecting to release earnings publicly. When it emerges from bankruptcy this summer, it will be a privately held company owned by its creditors, according to a reorganization plan approved in federal bankruptcy court and submitted to the Federal Communications Commission for review.

"With our plan of reorganization confirmed by the court, we are poised to emerge later this summer from restructuring stronger than ever to expand broadband to rural America and help businesses succeed in the digital transformation," Thomas said in the earnings news released issued Thursday morning.

Windstream has been on a steady roll over the past few months, gaining momentum to exit bankruptcy protection since it reached an agreement in May for Uniti Group Inc. to invest $1.75 million over the next 10 years in the network Windstream uses to serve customers.

In June, U.S. Bankruptcy Judge Robert Drain approved the company's reorganization plan and earlier this week the company announced a new board of directors that will guide its post-bankruptcy strategic plan as a private entity.

Under the reorganization plan, Windstream will reduce its debt by more than $4 billion, or about two-thirds, and gain access to more than $2 billion in new capital to expand its consumer broadband and business services.

"This deleveraging and new financing will allow Windstream to refocus its allocation of resources on growing the business and better positioning the company for the long term," Thomas said in the prerecorded message.

In the second quarter, Windstream's broadband business, which serves more than 1 million customers, had total revenue of $501.8 million. The enterprise business segment, which primarily serves medium-size businesses, achieved revenue of $577.3 million and the wholesale business had revenue of $85.5 million.