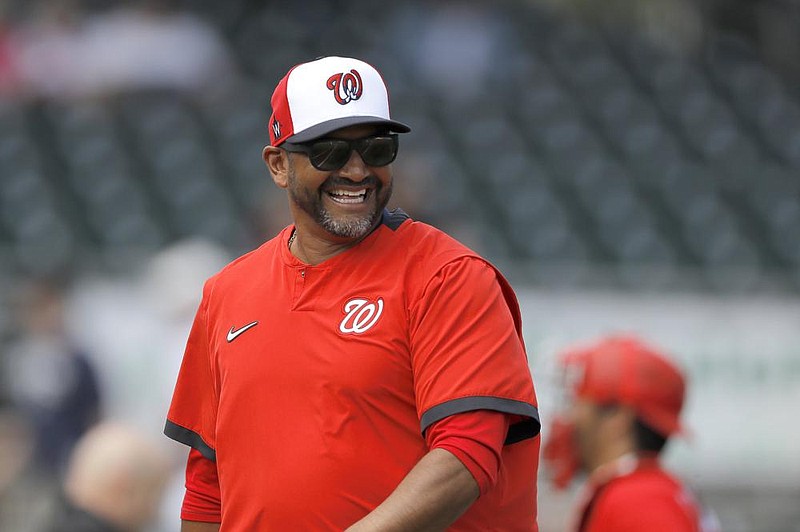 NEW YORK -- Major League Baseball has postponed this weekend's scheduled series between Toronto and Philadelphia because of concerns about the coronavirus after two Phillies staffers tested positive.

Blue Jays Manager Charlie Montoyo revealed news of the postponed series Thursday, saying his club was "not going to Philadelphia," where the series was scheduled to take place.

"Our plans right now are to stay put and let MLB work through whatever they're working through," Montoyo said before his club played the last of four games in Washington.

It's the latest in a series of scheduling changes as MLB attempts to play a 60-game season amid a pandemic that is surging in parts of the United States.

Earlier Thursday, word emerged that another player with the Miami Marlins -- who recently played at Philadelphia -- tested positive for covid-19, bringing their total outbreak to 17 players, according to a person familiar with the situation.

All activity at Citizens Bank Park was canceled Thursday until further notice.

The Blue Jays are stuck on the road because the Canadian government wouldn't let them use their stadium in Toronto this season because of fears about teams traveling back and forth to the United States. Eventually, the Blue Jays are supposed to play home games at a minor league ballpark in Buffalo, but it isn't ready. So Montoyo's team played its "home opener" at Washington on Wednesday.

The Blue Jays were then supposed to start a three-game series at the Phillies today. First, MLB shifted today's game to part of a doubleheader Saturday, with the series finale Sunday -- and now all three games are scrapped, leaving Toronto in limbo.

"We're going to talk to the Nationals, see if we can work out here," Montoyo said. "If they say yes, we'll stay and work out until MLB tells us where to go next."

"I consider it a smaller challenge," he said. "I think we can still hopefully practice, pitchers throw bullpens. I think we would still be ready to roll after this four-day break, if that's what they're going to do."

Miami's team remains quarantined in Philadelphia, where the Marlins' outbreak was discovered during a weekend series against the Phillies.

The person who spoke to The Associated Press on Thursday about the Marlins did so on condition of anonymity because test results were not announced.

Miami's season has been suspended through at least Sunday, and it appears the schedule will be altered next week, too.

Milwaukee Brewers General Manager David Stearns said it's crucial for the league to understand what is taking place in Miami.

"The volume of positives we've seen on one team now is alarming," he said. "And I think everyone feels that way. We have a very robust set of protocols in place for the explicit reason of preventing something like this happening."

After Thursday's game, the Nationals will be stuck in Washington because their three-game series at Miami scheduled for today through Sunday was postponed because of the Marlins' outbreak.

Nationals Manager Dave Martinez joked that his team's upcoming four-day layoff -- Monday already was a scheduled off day, so the World Series champions don't play next until Tuesday against the visiting New York Mets -- is like a "mini All-Star break." 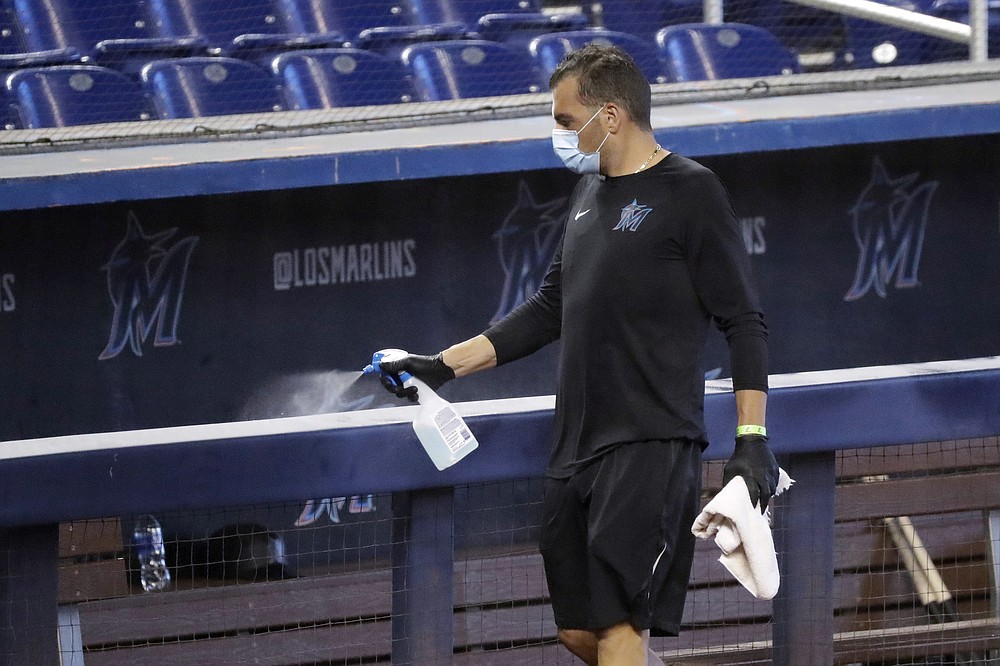 FILE - In this Thursday, July 16, 2020, file photo, a worker sprays the dugout rail to help prevent the spread of the coronavirus, before the Miami Marlins' baseball practice at Marlins Park in Miami. The Marlins, one of the most under-the-radar teams in sports, have making news lately, all of it bad. Overtaken by a coronavirus outbreak, the team must scramble for roster replacements as they try salvage a season barely underway. (AP Photo/Wilfredo Lee, File) 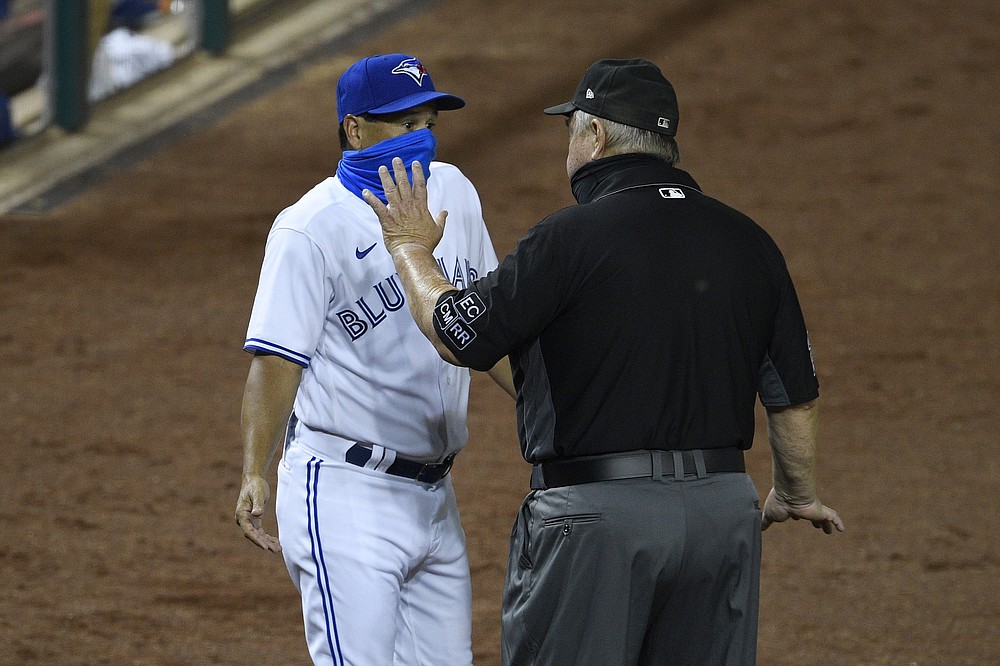