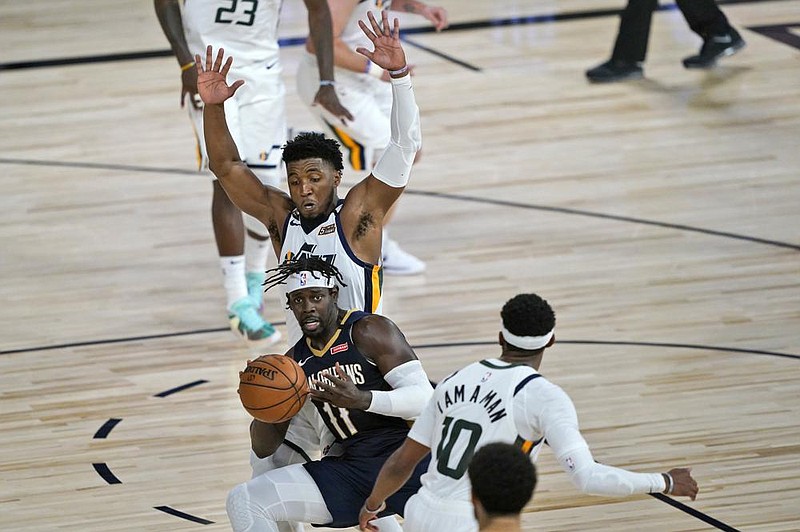 Jrue Holiday (bottom) of the New Orleans Pelicans looks to pass while being defended by Donovan Mitchell of the Utah Jazz on Thursday night at Lake Buena Vista, Fla., during the first game of the NBA’s return from its coronavirus shutdown. (AP/Ashley Landis)

LAKE BUENA VISTA, Fla. -- Rudy Gobert sank two free throws with 6.9 seconds left to cap a 14-point, 12-rebound and 3-block performance, giving the Utah Jazz a 106-104 victory over the New Orleans Pelicans in the first game of the NBA's restart on Thursday night.

New Orleans, which led for most of the game and by as many as 16 points, nearly pulled out the victory as time expired when Brandon Ingram's three-point attempt rimmed out in a bitter end to his 23-point night.

"He's made a ton of big shots for us this year, but the bottom line is I don't think it should have come down to that," Pelicans Coach Alvin Gentry said. "We let a golden opportunity slip away."

Zion Williamson, who missed nearly two weeks of practice after leaving the team for a family medical matter on July 16, was deemed fit to start, although his playing time was limited.

He scored 13 points in just more than 15 minutes, highlighted by a couple of alley-oop dunks, one on a nearly half-court lob from Lonzo Ball.

But Williamson checked out for good with 7:19 left in the fourth quarter and watched the tense finish from the sideline.

"Of course we wish we could have played him down the stretch, but he'd used the minutes that was given to us, so that's the way it is," Gentry said. "We weren't going to stick him back out there."

Williamson said he "did want to be out there, but we're just working my way back into my flow. That's all it is."

Jordan Clarkson scored 23 points for Utah and helped lead a second-half comeback, while Donovan Mitchell and Mike Conley each added 20.

"When Jordan has space on the floor to work, he's really difficult to guard," Jazz Coach Quin Snyder said. "That's what you saw in the second half."

JJ Redick scored 21, including a clutch three-pointer to tie it at 102, while Jrue Holiday added 20 points for New Orleans.

The game was tied at 104 after Ingram's free throws with 32 seconds left and Conley missed inside with just less than 20 seconds to go, but got his own rebound. The Jazz moved the ball to Mitchell, whose drive forced New Orleans to collapse on him before he fed Gobert for a dunk attempt that Derrick Favors could only stop with forceful foul.

"For Donovan to find Rudy at the end of the game there is a heck of a play, and then Rudy goes and makes the two free throws," Snyder said. "Those guys have done that hundreds and hundreds of times."

Gobert, who'd featured prominently on defense with clean rejections of Williamson and Favors, calmly made the deciding foul shots.

"He impacts the game so many ways," Snyder said. "But often times, it's not with his scoring."

With Williamson on the bench, New Orleans closed the first quarter with an 18-4 run, highlighted by Ingram's dunk, finger roll and 3, to take a lead it would hold until late in the fourth quarter.

New Orleans had its biggest lead when Holiday's fadeaway made it 60-44 late in the second quarter.

After Utah methodically pulled within one possession in the middle of the fourth quarter, New Orleans threatened to pull away again when Ingram hit a pull-up and E'Twaun Moore hit a three-pointer made possible by Jaxson Hayes' offensive rebound.

But the Jazz weren't finished, going on an 11-1 run, marked by Mitchell's driving floater off the glass, to take a late three-point lead inside the final four minutes. 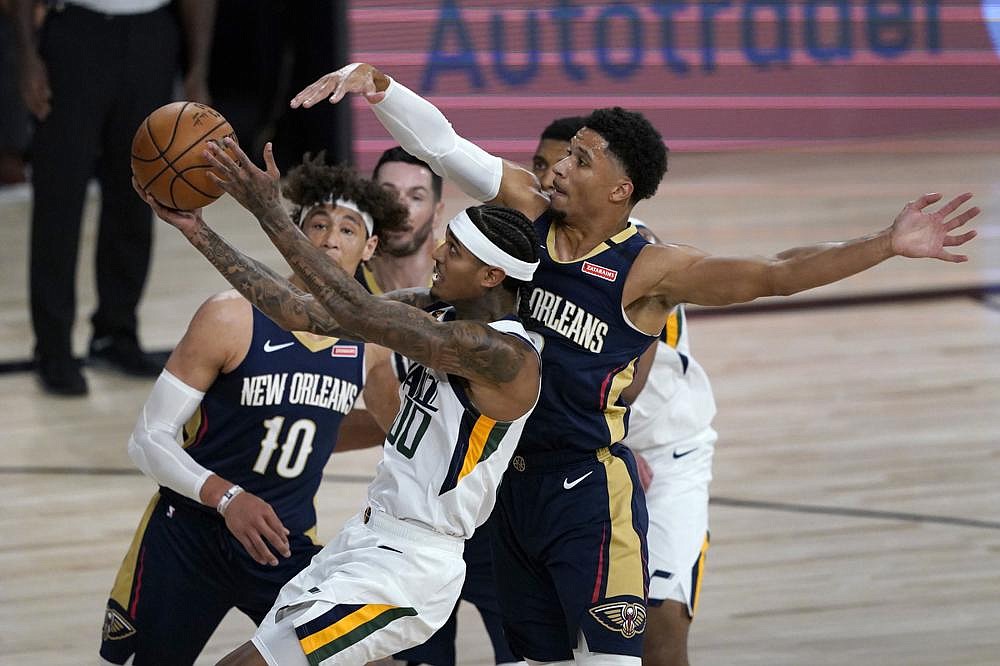 Jordan Clarkson of the Utah Jazz drives to the basket while being defended by Josh Hart (right) and Jaxson Hayes (10) during Thursday night’s game. (AP/Ashley Landis) 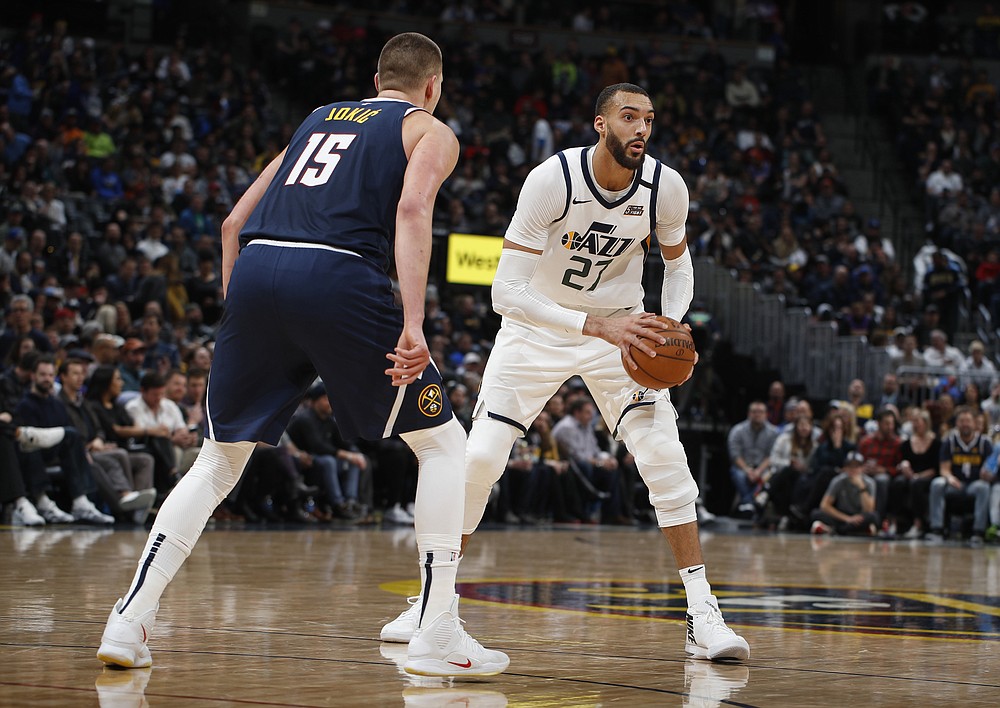 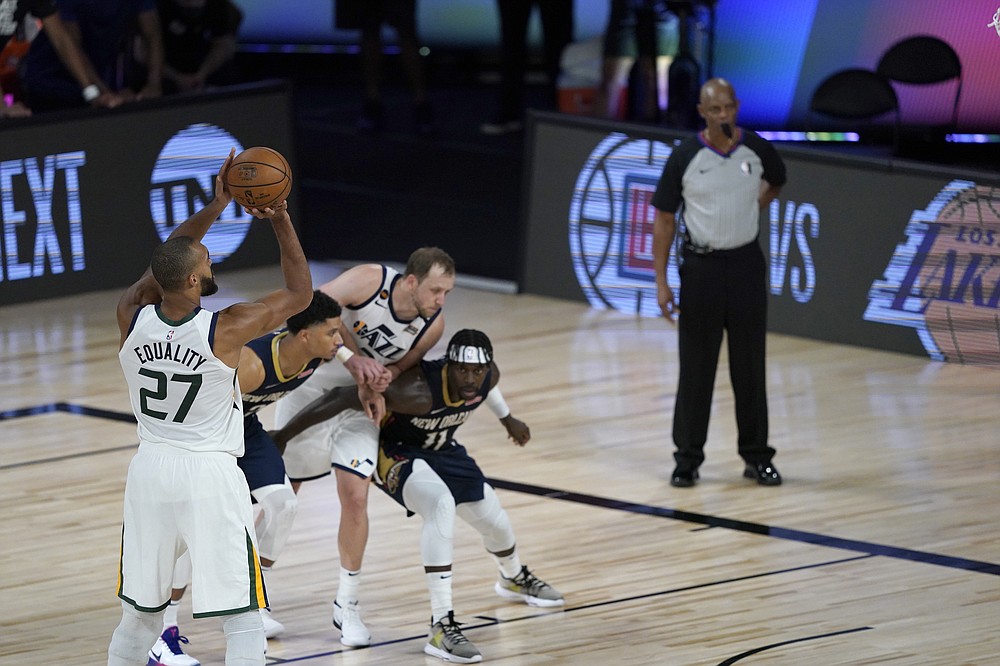 Utah Jazz's Rudy Gobert makes a free throw after being fouled late in the during the second half of an NBA basketball game against the New Orleans Pelicans Thursday, July 30, 2020, in Lake Buena Vista, Fla. (AP Photo/Ashley Landis, Pool) 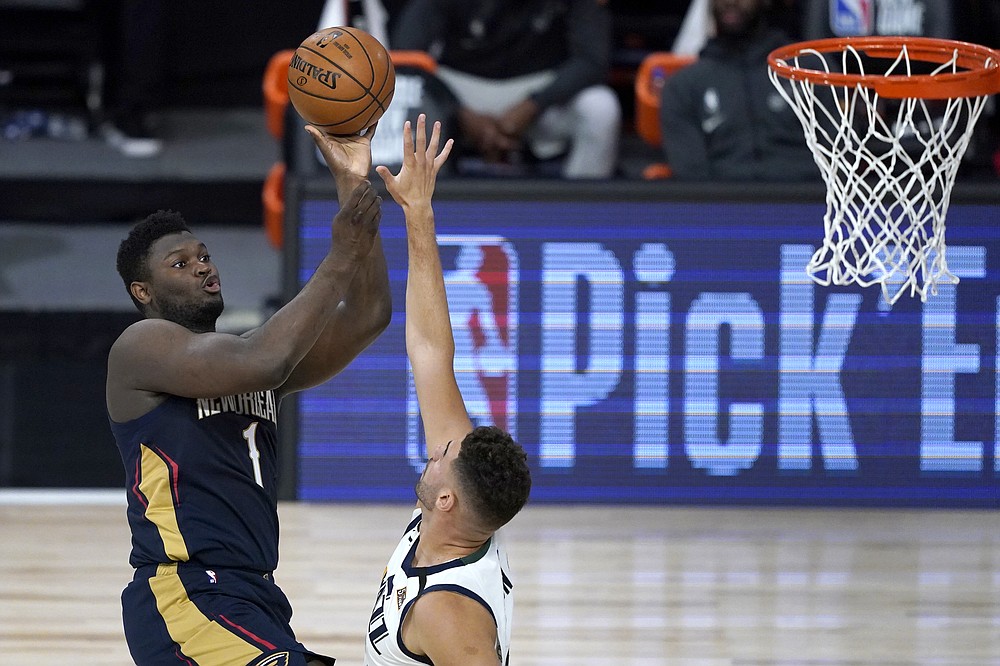 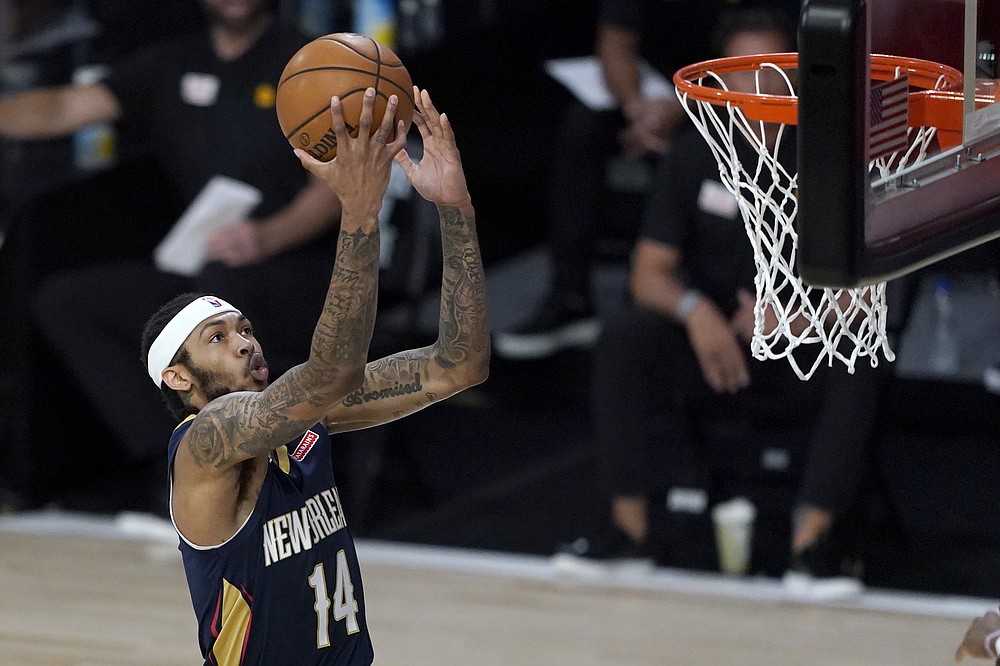 New Orleans Pelicans' Brandon Ingram heads to the basket during the first half of an NBA basketball game against the Utah Jazz Thursday, July 30, 2020, in Lake Buena Vista, Fla. (AP Photo/Ashley Landis, Pool) 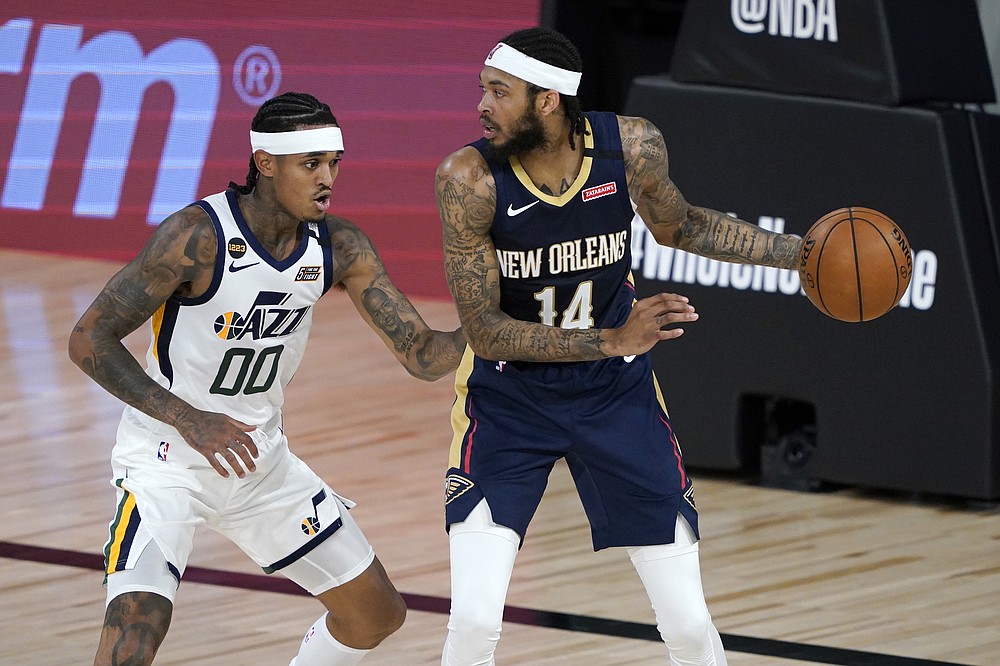 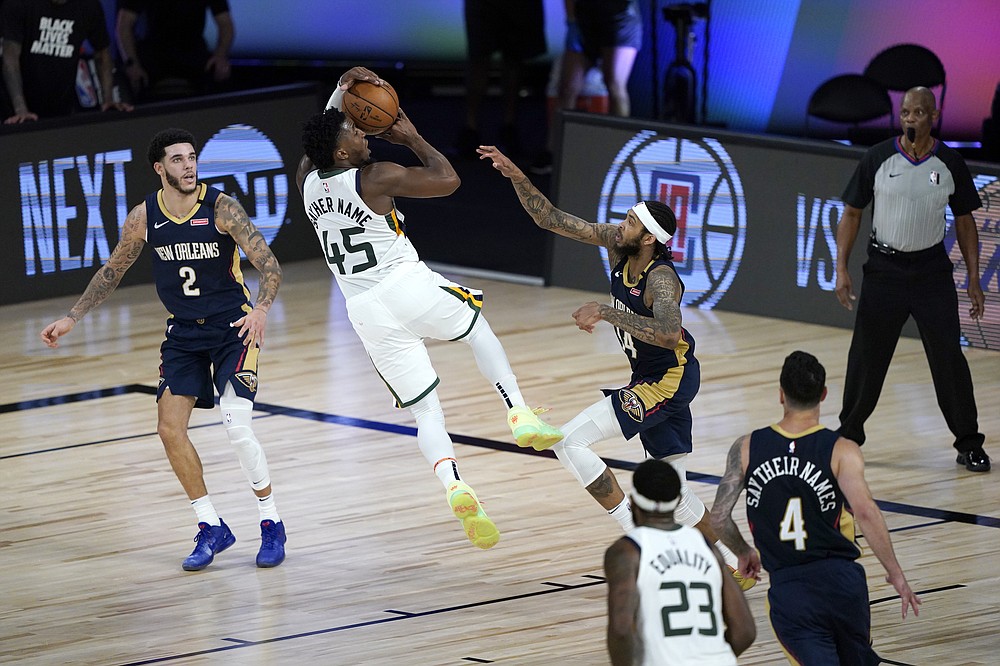 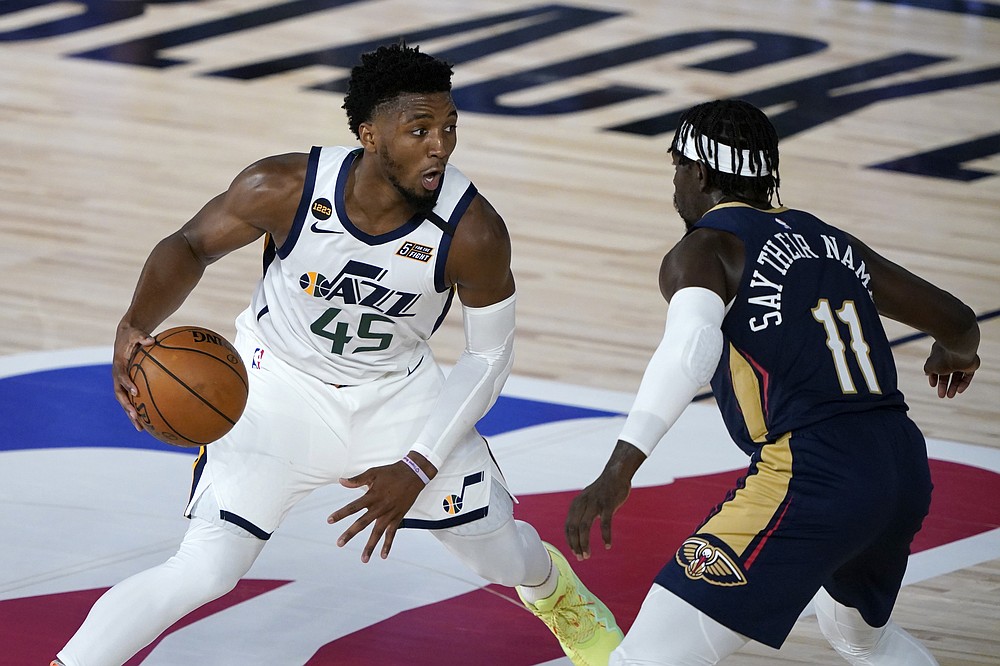 They knocked it off with time to spare.

Anthony Davis scored 34 points, James had the go-ahead basket with 12.8 seconds left and the Lakers moved closer to clinching the No. 1 seed in the Western Conference playoffs by topping the Los Angeles Clippers in the second game of the NBA's re-opening doubleheader.

James had 16 points, 11 rebounds and 7 assists to help the Lakers move 6 1/2 games ahead of the Clippers in the West with seven games remaining. Kyle Kuzma added 16 points.

Paul George had 30 points and Kawhi Leonard scored 28 for the Clippers, who had an 11-point lead midway through the third in a game with deep ebbs and flows. The Clippers got that lead after a 26-5 run; the Lakers immediately rebutted with a 36-14 run to reclaim control.

And it still came down to the final moments.

George's three-pointer with 1:50 left cut the Lakers' lead to 99-98. James muscled his way to a layup on the next possession, and then George hit another three-pointer to tie the game at 101 with 29 seconds remaining.

James followed his own miss down the lane for the go-ahead basket, then was brilliant on the last defensive possession -- forcing the ball out of Leonard's hands and covering George as his three-point try at the buzzer misfired.

James -- who is going to win the NBA's assist title for the first time -- had five in the first quarter to get teammates going, and then his first basket of the restart came on a dunk early in the second quarter to put the Lakers up 37-24.

But for a stretch that basically spanned a full quarter, from midway through the second until about the midpoint of the third, the Lakers couldn't make a shot. They went 1 for 10 to end the half, then 0 for 9 to start the third and the Clippers took advantage. 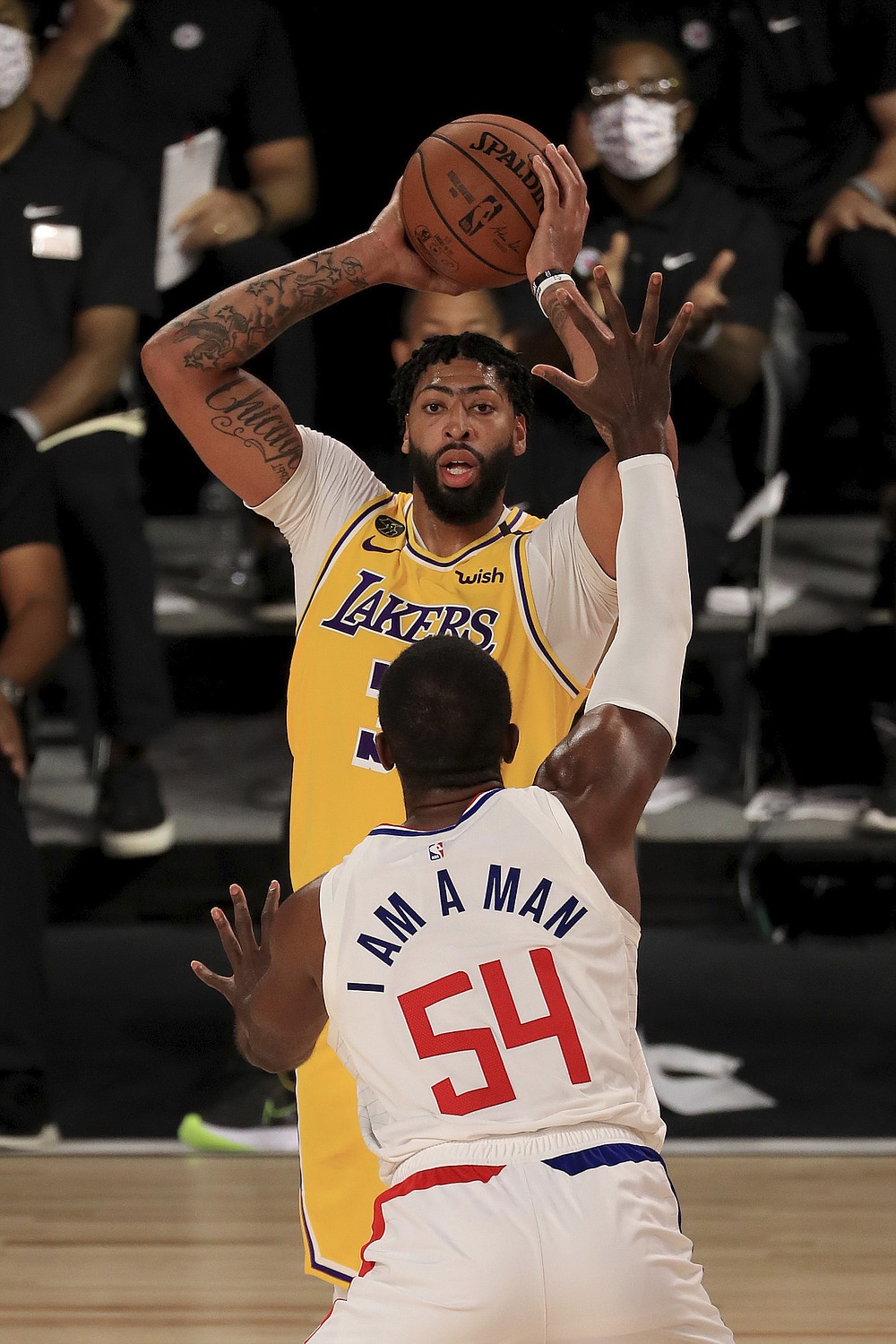 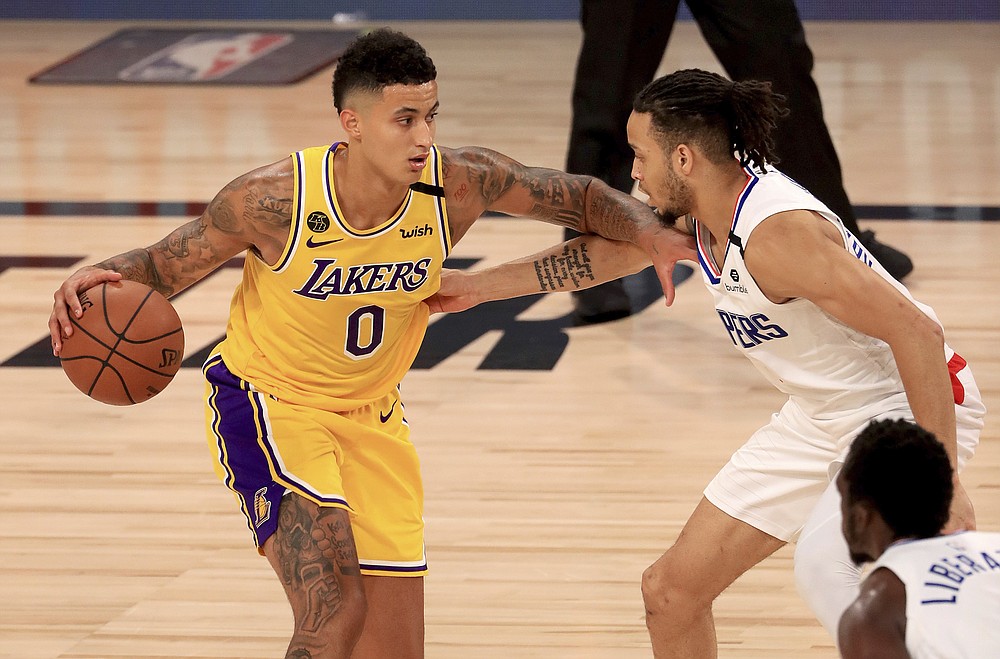 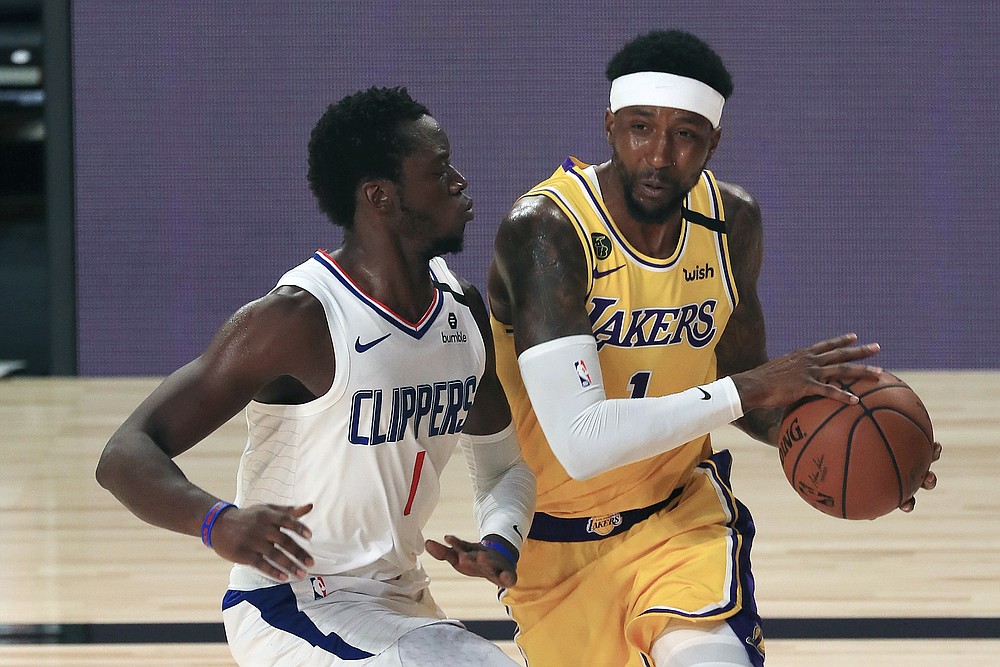