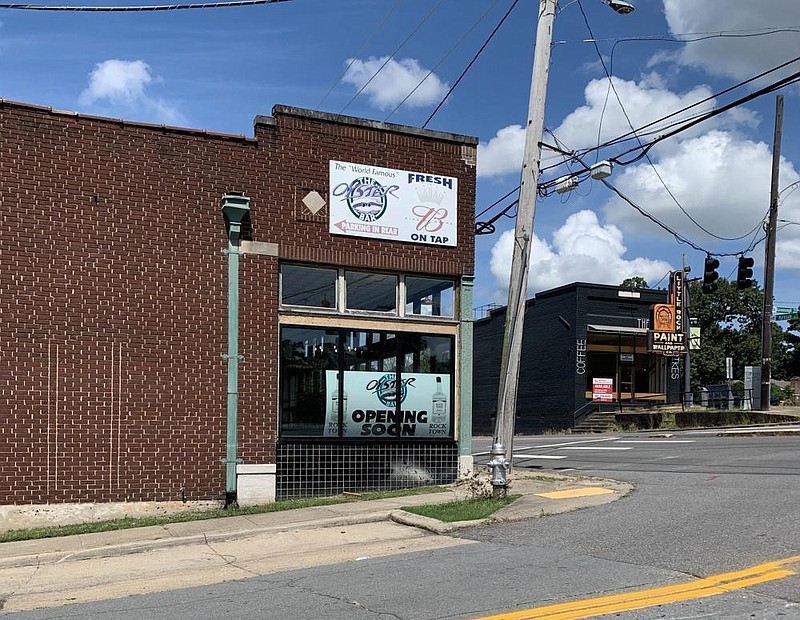 FILE - “Coming soon” signs are in the windows of The Oyster Bar on West Markham Street in Little Rock. (Arkansas Democrat-Gazette/Eric E. Harrison)

“Coming soon” signs now hang in the windows of The Oyster Bar, 3003 W. Markham St., Little Rock, but co-owner Chris Tanner says he’s still dealing with the detail work in getting the place open and hasn’t yet finalized a timeline.

Meanwhile, he plans an unusual initial scenario in which he will open only two as yet undetermined nights a week, serving a prix fixe meal to customers who have made reservations, and who will be able to hold onto their tables for the entire evening if they want. Meals would consist of an appetizer or first course, such as gumbo or boiled shrimp, and a main course, such as half a lobster roll with one or more side items — a vegetable or mustard greens, for example. The next night’s menu, he says, would be something entirely different.

Prices would probably start around $30 plus wine, beer or cocktails, with disposables to save having to sanitize flatware and plates. There might also be a cover charge for having musicians, one in the dining room and one in the new bar. Takeout would be available for those who made to-go reservations. Tanner says he’ll be able to control just how much food his kitchen would be putting out, particularly important if there’s a sudden change in state guidelines on dine-in services.

Meanwhile, Tanner says his Cheers in the Heights, 2010 N. Van Buren St., Little Rock, has been doing moderately well with outdoor-patio-only dining. And there’s no word yet on any kind of reopening for Samantha’s Tap Room & Wood Grill, 322 Main St., Little Rock, even though things have been loosening up a bit downtown.

As for Samantha’s Main Street neighbors:

Brewski’s Pub & Grub, 315 Main, which the state Health Department had shut down because it was not complying with guidelines on capacity, distancing and the wearing of masks, reopened July 20, according to Facebook: (facebook. com/brewskisgrub — “employees tested — check; facility cleaned and treated — check; UV light air purification system installed — check; and new operating procedures — check”). Presumably, they are now enforcing state guidelines as they resume food service and various activities in the basement, including the trivia competitions on Tuesdays and Wednesdays and karaoke Thursday-Saturday. Hours are 11 a.m.-midnight Sunday-Wednesday, 11 a.m.-2 a.m. Thursday-Saturday. the phone number is (501) 372-2739; the website, brewskis pubandgrub.com.

And at Bruno’s Little Italy, 310 Main, they’ve added a no-cash, no-contact policy to their curbside takeout and limited delivery operation; you pay by credit card when you call the original number, (501) 372-7866, or the number they added because of the volume of orders, (501) 414-5518. Owner Gio Bruno remains steadfast about not opening for dine-in service: “Our small dining room will remain closed until Pulaski County’s numbers go drastically down. We have seen many of our fellow restaurants have to re-close due to covid sneaking in during this premature reopening scenario.” And with a nod to the pressures, he says he has faced because he hasn’t reopened for dine-in service: “Please be gentle with us during this unprecedented period, and we will hopefully be able to keep serving you the food you love.”

Maddie’s Place, 1615 Rebsamen Park Road in Little Rock’s Riverdale, reopens at 11 a.m. Tuesday for dine-in and takeout lunch and dinner. In the lengthy interim since the restaurant shut down in May, it has acquired new paint and, co-owner/chef Brian Deloney says, “Plexiglass dividers on booths and portable Plexiglass dividers to put between tables” and an ionizing system in both air-conditioning units that are supposed to eliminate airborne pathogens. He’s offering a scaled-back menu with a greater focus on nightly specials. Hours, at least initially and with some potential adjustment, will be 11 a.m.-9 p.m. Tuesday-Saturday. “We may have some bumps in the road but we are willing to adapt and overcome any issues that arise,” Deloney says. The phone number is (501) 660-4040, the website is maddiesplacelr.com and the Facebook page is facebook.com/maddiesplacelr.

Neighboring Buffalo Grill, 1611 Rebsamen Park Road, closed temporarily last week after an employee tested positive for covid-19. In a July 23 post on its Facebook page (facebook.com/The-Buffalo- Grill-157323034286248), restaurant management explained that “This person is asymptomatic and currently quarantining at home. To keep our customers and staff safe, we will be closed until the restaurant can be professionally cleaned and sanitized.” The restaurant was still closed on Tuesday; look for reopening information via the Facebook page. The restaurant had been open only for curbside takeout orders. The phone number is (501) 296-9535.

Aug. 18 is now the officially announced opening for Cypress Social, on the former Cock of the Walk campus, 7103 Cock of the Walk Drive off Maumelle Boulevard near the point at which North Little Rock meets Maumelle, now being billed in a news release as “a destination restaurant and event center.” We have a few new specifics about executive chef Steve Binotti’s menu, which Jim Keet of JTJ Restaurants LLC, previously described last week as including seafood and “exceptional steaks that we cut ourselves”: Delta-style hot tamales, freshly shucked oysters, peppadew cheese dip and redfish Pontchartrain, with pastries and desserts from in-house pastry chef Sara Horton. Plans are to open the bar at 4 p.m. and the dining room at 5, Tuesday-Saturday, with the bar closing at 11 Tuesday-Thursday and midnight Friday-Saturday (and the kitchen closing an hour before that). Down the road the place could open on Mondays and/or, when churches are back to opening at full capacity, for Sunday brunch. The new building, which incorporates some of the natural cypress from its predecessor, Cock of the Walk, has a multilevel bar extension and a new multi-tier patio/deck on the lake side with a view of a waterfall feature. We’re still awaiting the listed telephone number; the Facebook page is facebook.com/CypressSocial.

Cache Restaurant, 425 President Clinton Ave., Little Rock, which had closed after some employees tested positive, without symptoms, for covid-19, while encouraging employees to quarantine for 14 days for deep cleaning and sanitation, reopened July 22. They’re offering dine-in and takeout service, and delivery to downtown hotels and businesses. Hours are 11 a.m.-2 p.m. Monday-Friday for lunch, 5-9:45 p.m. Monday-Saturday for dinner. The phone number is (501) 850-0265; the website is cachelittlerock.com.

Sims Bar-B-Que, 2415 Broadway, Little Rock, which had been taking walk-in to-go orders only since May, is now accepting call-in orders. Hours are 11 a.m.-9 p.m. Monday-Saturday. Call (501) 372-6868; the website is simsbbqar.com and the Facebook page is facebook.com/simsbbqar.

Meanwhile, a concerned reader spotted that the front of the Sims Bar-B-Que at 7601 Geyer Springs Road, Little Rock, had been boarded up, but it turns out that it’s because somebody had broken out a window, which has since been replaced. Hours are 11 a.m.-9 p.m. Monday-Saturday, noon-4 p.m. Sunday. The phone number is (501) 562-8844.

Leslie Case of Little Rock’s Sauce(d) Bar & Oven, is taking over the former [email protected] Heifer at Heifer Project, 1 World Ave., Little Rock, which has remained closed through the pandemic, and is changing the name to Contigo. Under that name she has applied to the state Alcohol Beverage Control Division for a full mixed-drink liquor license. Case says the timeline to open depends on Heifer’s status — right now the building is closed. The menu will consist of breakfast items, salads, sandwiches and hot dishes such as shrimp and grits; she hopes to be a little more “farm-to-table” centered than the previous management, Aramark. Right now, she’s using produce, including fresh tomatoes, at Sauce(d). She and husband Kevin Case, one of the partners at Samantha’s, are also taking over the space a couple of doors down from Sauce(d) in the Market Place Shopping Center, 11121 N. Rodney Parham Road, formerly occupied by Zin Wine Bar West Little Rock, for which she is in the process of obtaining permits.

It’s tough sometimes to keep track off what we’ve published and what we haven’t, but somehow the news of the permanent closures of neighboring North Little Rock chain places Newk’s Eatery at 4317 Warden Road and the Old Chicago at 4305 Warden Road have gone unreported here. And in response to a reader’s question, no, we do not have any new details on a pending Red Robin that has been widely reported as going into the former Applebee’s at 4333 Warden Road.

Jeremy Rhodes, owner and proprietor of North Little Rock-based Geek Eats, is shutting down regular production and distribution of his numerous hummus and pesto products, which he has been selling at farmers markets, including the one at Bernice Gardens in the South Main neighborhood, the White Water Tavern parking lot in Capitol View, and selected retail outlets for nearly seven years. Aug. 9 will be his last foray into the farmers market. Starting this fall, he says in a recent Facebook post (facebook. com/GeekEats), he’ll start teaching writing at a middle school. “And while leaving the hummus business for any length hurts my soul, I am excited to pursue this new adventure,” he says. He’ll continue to “get hummus to people throughout the year,” which may mean “eventually hiring someone, leasing or selling the business or some other method that’s not apparent, I don’t know. If nothing else, I aim to get to a farmers market once a quarter.” He’ll be posting updates on Facebook, and you can sign up for his newsletter at facebook.com/GeekEats/app/100265896690345.

And Stone’s Throw Brewing “MacPark,” 402 E. Ninth St., Little Rock, is converting its seventh annual Block on Rock Birthday celebration, 2-6 p.m. Saturday, into a “Pandemic Edition Drive-thru Block Party.” Pull your car up and for $25 get a Block on Rock Birthday Package that includes a commemorative pint glass and koozie, “some swag from our sponsors and a ‘crowler’ of a special Block on Rock brew.” The phone number is (501) 244-9154. 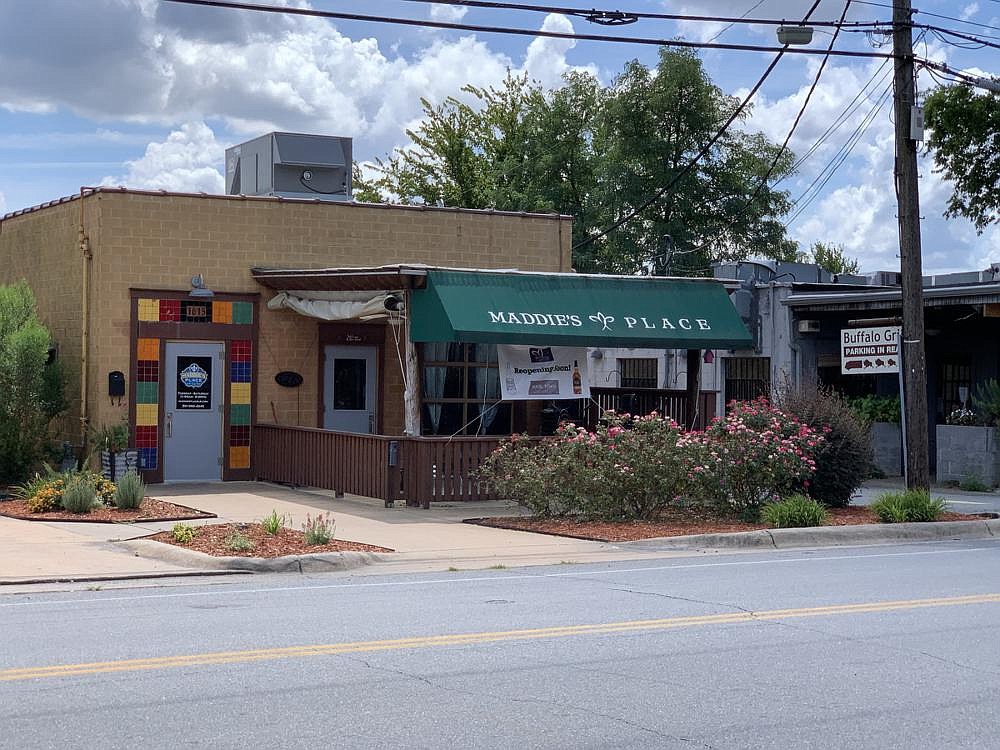 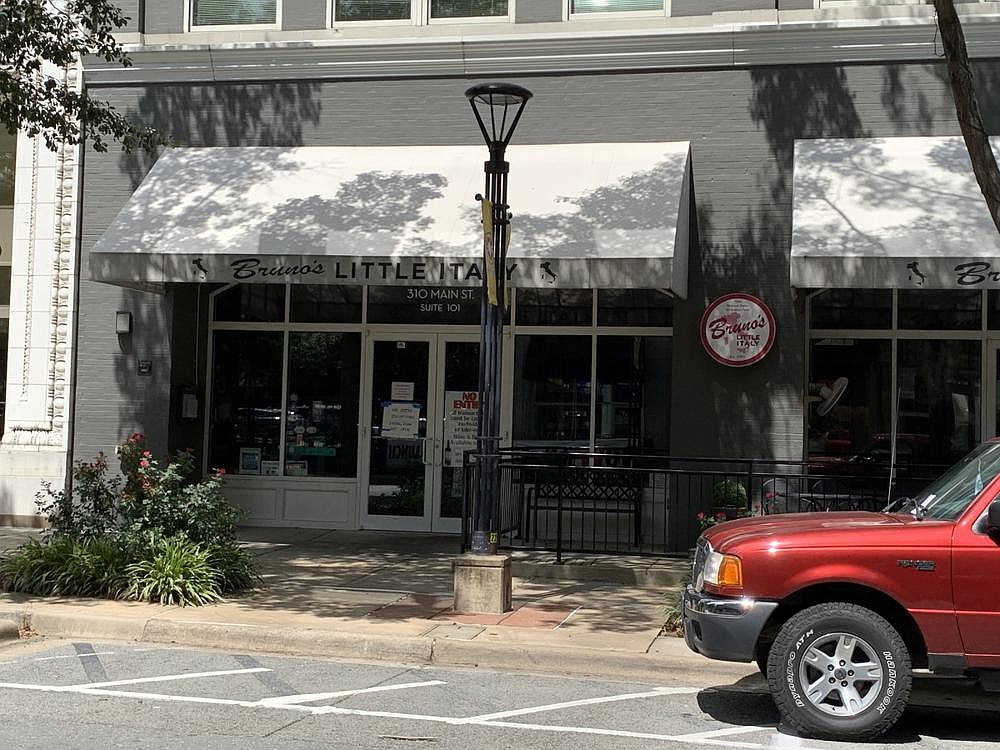 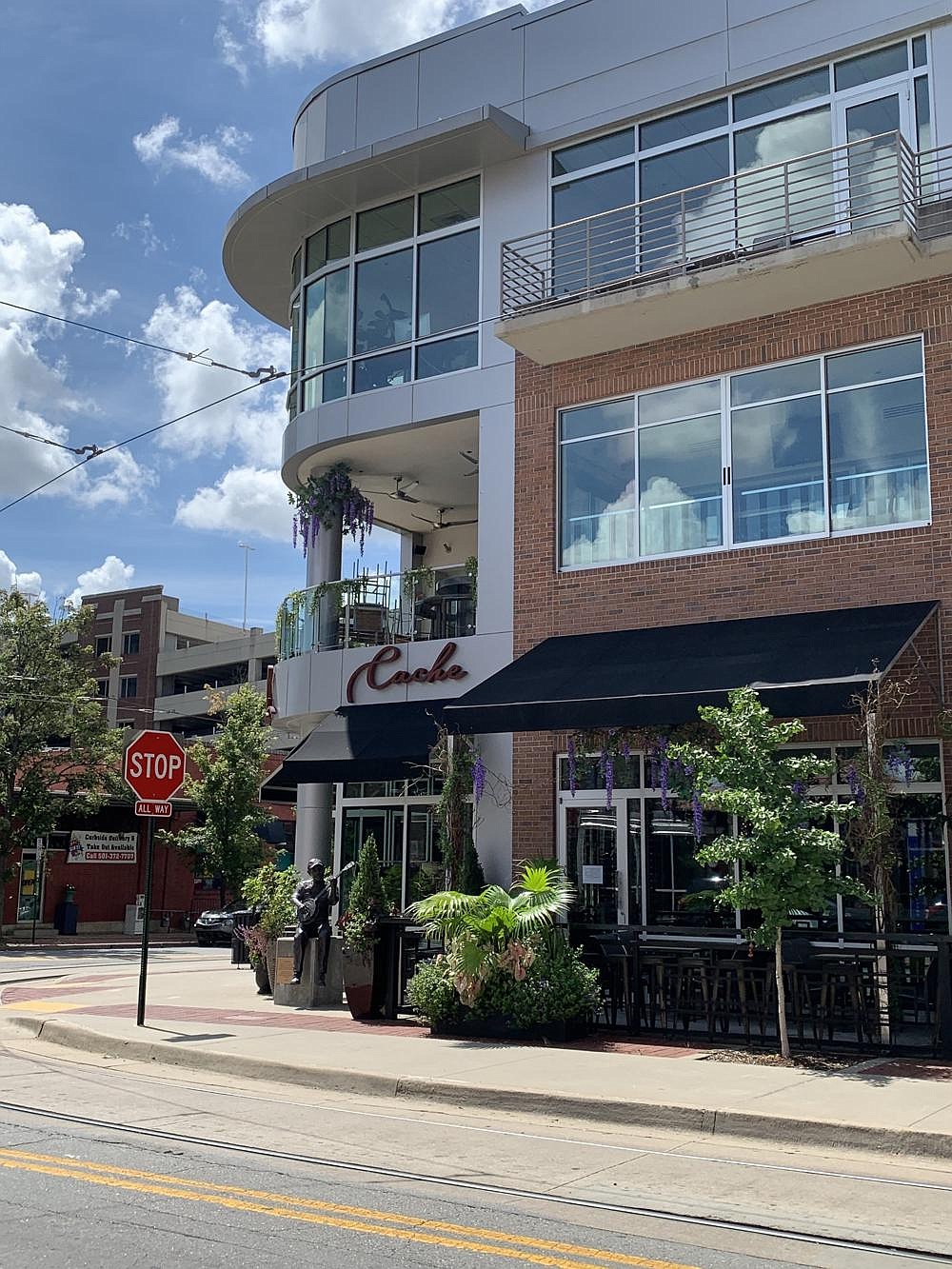