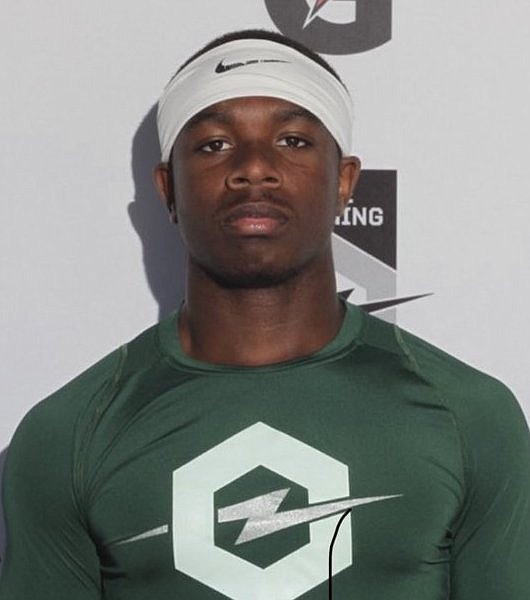 Georgia junior defensive back Terian Williams II knows a current Arkansas football player and that has helped his interest level in the Razorbacks.

He added an offer from Arkansas to his list on July 10.

“Looking forward to making a visit on campus where I can have 1-on-1 time with the coaches as well as interact with the players and get a better understanding of the culture,” Williams said. “Also looking forward to seeing Trey Knox. He and I went on several recruiting trips together and formed a friendship.”

Williams, 6-0, 180 pounds, of Grayson High School in Loganville, holds 24 offers. Iowa and Arkansas are the most recent. He reports other offers from Florida, Florida State, Tennessee, Minnesota, Iowa State and Boston College.

He said Knox’s trainer in his hometown is good friends with his father. Knox has spoken well of Arkansas.

“He said it has been a great experience for him and that he is looking forward to his sophomore season,” Williams said.

“He told me my name has been mentioned on the recruiting board and he was aware of my skillset, then offered me a scholarship at Arkansas,” Williams said. “I’m always excited and humbled when a school expresses interest as a student-athlete.”

Williams liked what he heard from Carter.

“From our phone conversation he expressed how passionate he is when it comes to coaching defense as well as being detailed oriented and demanding of his players,” Williams said.

“He has terrific all-around skills and can play on both sides of the ball,” Lemming said. “Quick-twitch athlete with strong hands and big-time speed.”

The Razorbacks are looking for him to play cornerback and safety. Williams went online and looked over Arkansas’ facilities.

“I have looked at the campus and athletic facilities. Very impressive. Looking forward to having the opportunity to see them in person,” he said.

Williams has a 3.8 grade point average and is interested in majoring in engineering. He said his parents do not play around when it comes to the classroom.

“My parents have always stressed the importance of academics in our household,” Williams said. “My mother is a high school educator. Success is the only option.”