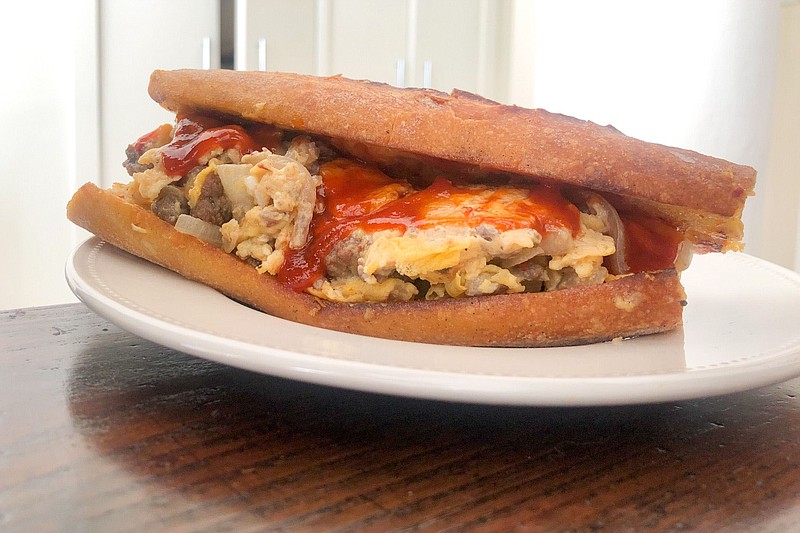 For those who badly miss the market, the consolation is Wang's energetic new cookbook, "The World Eats Here: Amazing Food and the Inspiring People Who Make It at New York's Queens Night Market," written with Storm Gardner (The Experiment Publishing; $20). There are profiles and recipes from vendors like Alberto Richardson of Treat Yourself Jerk Chicken whose smoker and Jamaican jerk recipe has been a major attraction at the market, and Maeda Qureshi who runs Pakistand, a pop-up restaurant whose profits support childhood education charities in Pakistan.

Another go-to vendor is Amy Pryke, a Columbia Business School graduate who parlayed a class project into her Native Noodles stand, inspired by hawker stalls from her native Singapore. Pryke specializes in thick laksa noodles in coconut broth, and that recipe is included.

But there's another one in the book that she hasn't yet served at the market: Roti John, a sandwich that personifies Singapore's melting pot cuisine.

Ground meat is stir-fried with cumin, onion, and garlic, then fried again with chile-spiked eggs and loaded into a baguette. A final flourish of ketchup enhanced with spicy-sweet Sriracha takes it over the top. The omelet sandwich feels familiar yet adventurous with spices jammed in every corner of it — a tasty treat for breakfast, lunch or dinner. 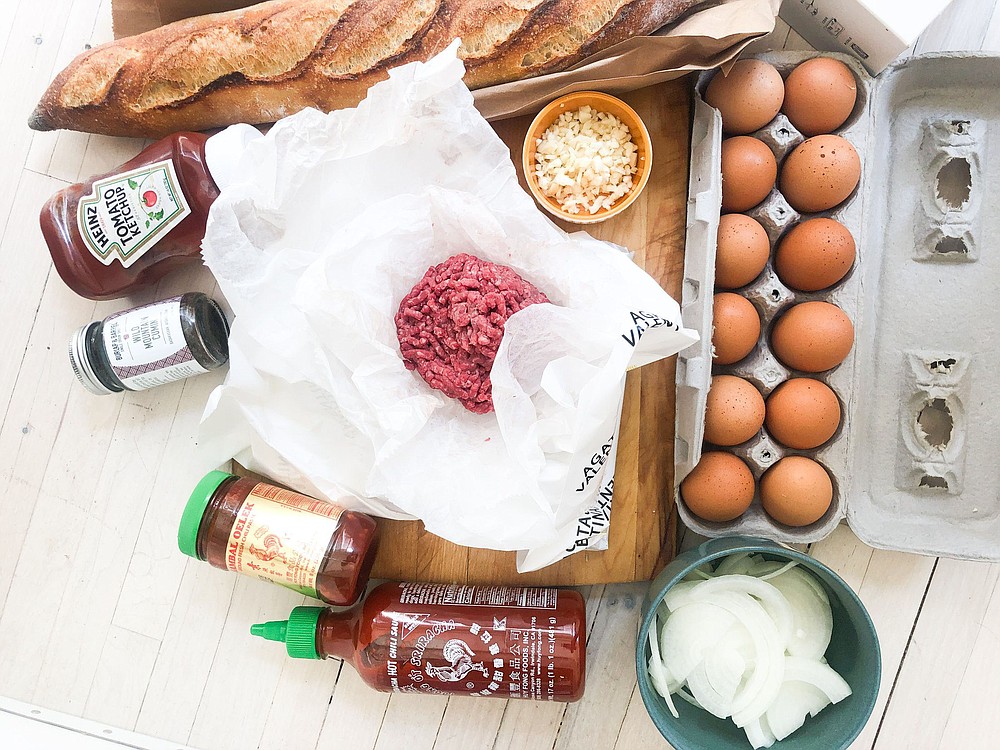 "I didn't serve them at Queens Night Market because they're best made to order," said Pryke, who's opening a Native Noodles storefront in Washington Heights in the fall. "I have an academic background, so my focus was how do I bang out as many bowls as possible. But I saw that lines bring in more people, and people wait for something that's worth waiting for." She'll serve Roti John on the lunch menu in her new spot.

For home cooks, Pryke notes that it's very customizable: You can add cheese or spicy mayonnaise, or substitute sardines for meat.

Expert Roti John makers will spread the baguette halves on top of the eggs as they are cooking and flip the whole thing over in the pan. It takes some practice; I didn't get it exactly right my first try.

½ teaspoon salt, plus more for seasoning

In a small bowl, combine the ketchup, Sriracha and sugar with 1 tablespoon of water; set aside.

Split the baguette or rolls lengthwise but do not cut all the way through, leaving a small hinge as on a hot dog bun. If using baguette, cut in half crosswise for 2 sandwich buns. Lightly oil a nonstick skillet with ½ tablespoon of the oil and toast the inside of the bread halves, pressing down with a spatula until lightly browned, about 2 minutes.

In a bowl, combine the ground meat and cumin. Heat the remaining 2 tablespoons oil in the skillet. Add the garlic and fry over medium heat until fragrant, about 30 seconds. Add the onion and cook over low heat until translucent, about 6 minutes. Add the meat, raise the heat to medium, and stir-fry until cooked through about 6 minutes. Season with salt.

In another bowl, lightly beat the eggs. Beat in the sambal oelek, salt, and pepper. Pour the eggs into the skillet, covering the meat. When the eggs just start to firm up on the bottom and sides, turn the mixture over with a metal spatula and continue cooking to desired doneness. Transfer to a plate and keep warm. Press the inside of each bread half into the pan to pick up leftover scraps.

Place the eggs and meat on the buns and spread the ketchup mixture in the center. Close the sandwiches, cut into 4 pieces each and serve.