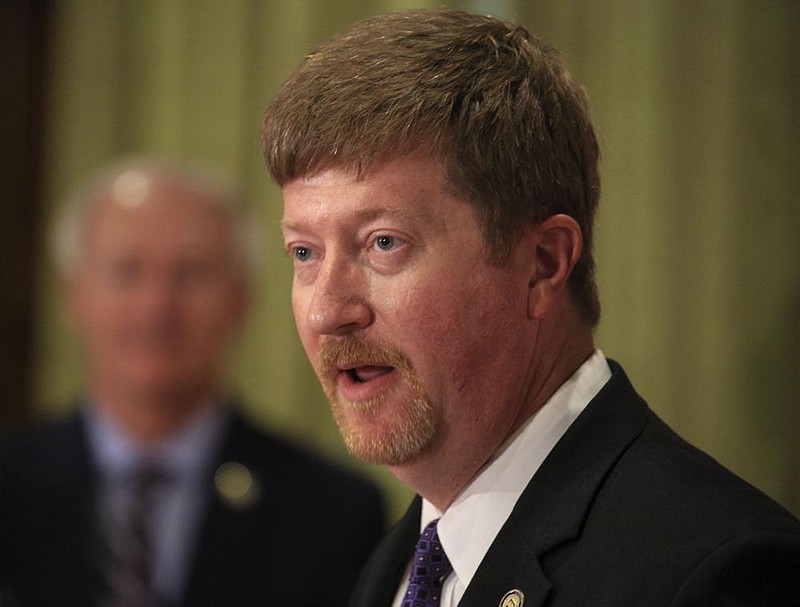 "We are expecting school districts to prepare for blended learning," he said. "That means they could start on site but if health conditions warrant, then they, working with the Health Department, may make the decision to close the building," said Key. "Or in very extreme conditions, they may have to close the district. They may have to close it in the short term for deep cleaning, or it may be the longer term depending on the situation."

Key spent an hour Tuesday night answering questions from Ruth Wisher, a spokeswoman for The Reform Alliance, a "nonprofit organization dedicated to ensuring that all K-12 students right here in Arkansas receive a world-class education," as she described it.

Wisher was relaying questions from people who sent them to The Reform Alliance through email or Facebook. The meeting was broadcast live on Facebook.

Gov. Asa Hutchinson and Key recently announced that students can begin returning to school the week of Aug. 24, and school districts across the state have been scrambling to put precautions into place.

Key said plans have changed as "we learn more about covid-19." At first, the emphasis wasn't on face masks. But that changed on the national level, and Hutchinson issued a mask mandate on July 16.

"These are not static documents," he said. "They are not static plans. We have to be nimble in our response to this disease and to the things that science tells us hey you need to take this into account."

Key said some school boards have had to change some of their policies, requiring masks even for children under age 10 if physical distancing isn't possible.

"And that's the key element, No. 1: physical distancing," he said. "If you can create that 6-foot space between students for the time that they're in class, that's preferable. But if you can't, masks add that layer of protection."

Key said there's not a statewide directive to screen students and staff members at the schools for covid-19. He said the districts can implement screening if they wish.

Key said many people are fearful about school starting this fall, but as people understand how their school districts are going to handle safety issues, the fear eases.

"And really that fear is replaced with confidence," he said. "That confidence is going to be driven by the actions at the local level. We have to trust local leaders to do the right thing. As you have seen, it is very difficult to mandate the right thing from Little Rock, even with mask wearing, something as simple as that."

Key said schools must be a place of safety.

When asked about extracurricular activities, Key talked about band and its connection to the coronavirus.

"Science tells us that flutes and piccolos .... are the worst offenders when it comes to spreading droplets because of the way the flautist plays that instrument," said Key. "It's far different than a tuba, where you know you think a tuba is really big. Well, a lot of the droplets in a tuba get caught in the tuba itself.

"The Health Department is looking at that right now. I expect within a few days there will be additional guidance on music and choral activities."