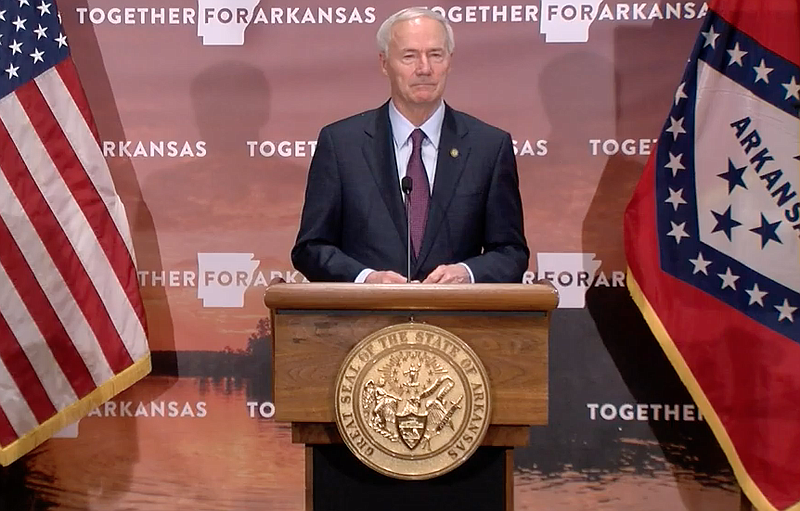 Gov. Asa Huchinson on Tuesday reported the number of Arkansans who have died from covid-19 rose by 20, a new single-day record for the state since the pandemic began.

The death toll as a result of the coronavirus is 428, Hutchinson said.

Dr. Jose Romero, Hutchinson's interim secretary of health, said the number of virus cases in the state rose by 734, bringing the total to 40,181. Of those new infections, 714 were characterized as community cases while 20 were from correctional facilities.

Pulaski County reported the most new cases, with 55, followed by Benton County with 50, Mississippi County with 48, Sebastian County and Washington County each with 45, Pope County with 36 and Faulkner County with 34, according to Hutchinson.

A total of 501 people were hospitalized due to the virus, an increase of 12, the governor said.

This story was originally published at 2:46 p.m.

The total number of coronavirus cases reported in Arkansas was 39,447 Tuesday morning, according to a state website. The death toll remained at 408.

[Video not showing up above? Click here to view » https://www.youtube.com/watch?v=7pACCoaY_Ro]