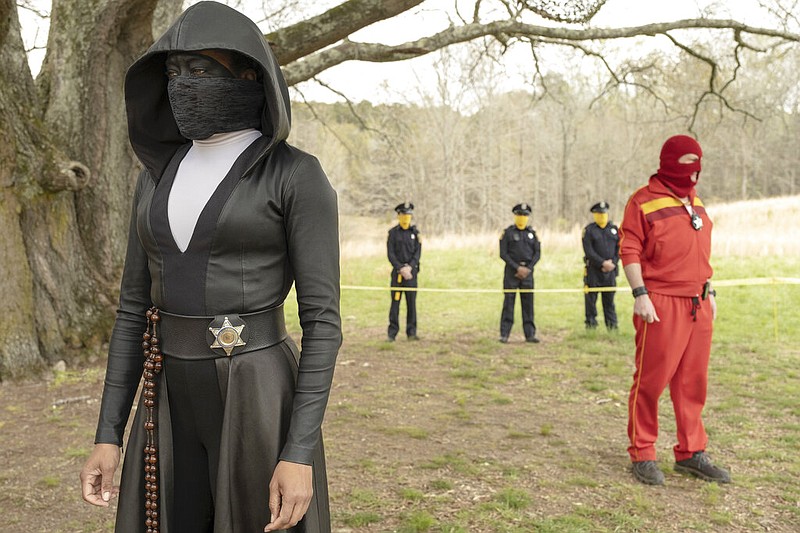 The series, which captured America's deep unease as it faces racial and political clashes amid a pandemic, was nominated as best limited series and received bids for cast members including Regina King and Jeremy Irons.

King was part of a vanguard of actors of color who showed that TV academy voters took heed of the social climate.

"Zendaya!" exclaimed Emmy announcement host Leslie Jones, her gleeful reaction to the "Euphoria" star's nomination as best actress in a drama. "This is a great day," Jones added.

She was part of a socially distanced, virtual release of nominees that was online, not on television as is usual. But nothing is usual during a coronavirus era that has brought Hollywood production to a virtual standstill and is making awards like the Emmys grasp for alternatives.

The strong showing by Netflix's "Ozark" helped the streamer to a record-setting 160 nominations that bested onetime perennial leader HBO, which earned 107 nods.

The Amazon comedy "The Marvelous Mrs. Maisel" is the second most-nominated series with 20, followed by Netflix's "Ozark" with 18.

"This year, we are also bearing witness to one of the greatest fights for social justice in history. And it is our duty to use this medium for change," Frank Scherma, chairman and CEO of the Television Academy said at the outset of the presentation.

Among the honorees whose nomination collided with current events: Brad Pitt earned a nod for a guest appearance playing Dr. Anthony Fauci on "Saturday Night Live."

The nominees for best comedy series are: "Curb Your Enthusiasm"; Dead to Me"; "The Good Place"; "Insecure"; "The Kominsky Method"; "The Marvelous Mrs. Maisel"; "Schitt's Creek"; "What We Do in the Shadows."

A high energy Jones kicked off Tuesday's announcement by appearing on a virtual set and joking that she was told there would be many others on set to announce the nominees, but instead she was locked in a studio with only a cameraman.

The Emmy Awards, hosted by Jimmy Kimmel, will be presented Sept. 20 on ABC.