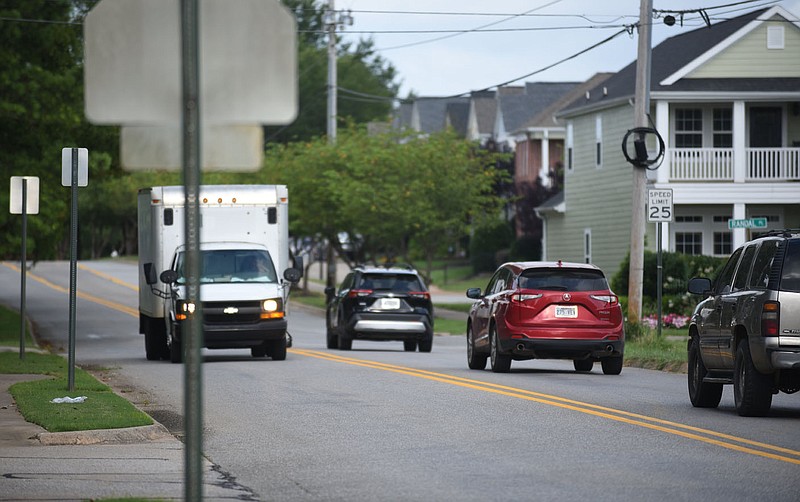 Traffic moves along Wednesday, July 22, 2020, on Zion Road near the intersection of Randal Place in Fayetteville. The City Council on Tuesday approved construction contracts to do improvement work on the street from Vantage Drive to Crossover Road, a project that was originally included in the city's 2006 bond improvement program. Check out nwaonline.com/200726Daily/ and nwadg.com/photos for a photo gallery. (NWA Democrat-Gazette/David Gottschalk)

FAYETTEVILLE -- Work on Zion Road is about to begin after a 14-year delay.

The City Council on Tuesday OK'd a pair of contracts for construction along the street from Vantage Drive to Crossover Road. One contract hires a design consultant to oversee the work at an hourly rate, up to $85,894. The other pays for the work itself, a $6.8 million contract with Tri Star Contractors in Siloam Springs.

The project requires relocating power and internet lines, and some of that work has been ongoing, City Engineer Chris Brown said. A significant amount of water and sewer line relocation work also is required. That work is included in the construction contract, he said.

Drivers should start noticing the work in about a month, Brown said. The project has a 17-month time frame.

The city included the project in its 2006 transportation bond program. The stretch between College Avenue and Vantage Drive was completed in 2008. The recession hit around then, and city administrators prioritized getting as many other smaller transportation projects done as they could because bid prices had gone down, Brown said.

Zion is akin to an old country road, Brown said. Most of it has two lanes, deep ditches, no sidewalks or bicycle lanes and sharp curves. The grade goes up and down like a roller coaster, he said.

"Basically, we're bringing lot of that section up to city standards," he said.

The alignment will change, and grades will be flattened out, he said. A roundabout is planned at the intersection with Old Missouri Road.

Construction will happen in phases, meaning one lane in one direction will be closed at a time. Old Missouri serves as the only detour route between Vantage Drive and Crossover Road. About 10,000 cars per day travel that stretch, according to a map from the Arkansas Department of Transportation.

Mayor Lioneld Jordan said improving Zion Road came up frequently during his time on the City Council from 2001-2008.

Justin Tennant, who served as council member for the northeast part of town from 2011-2018, said Zion Road is long overdue for an upgrade. He considered it a priority road project for his ward, but other projects and issues in the city ended up taking precedence, he said.

Tennant said he was riding as a passenger with his son driving recently and saw someone walking on the street, one foot in the asphalt, the other in a ditch.

"It's so badly needed and has been for so long," he said. "I'm thankful there haven't been more accidents and injuries, not just from cars, but from people." 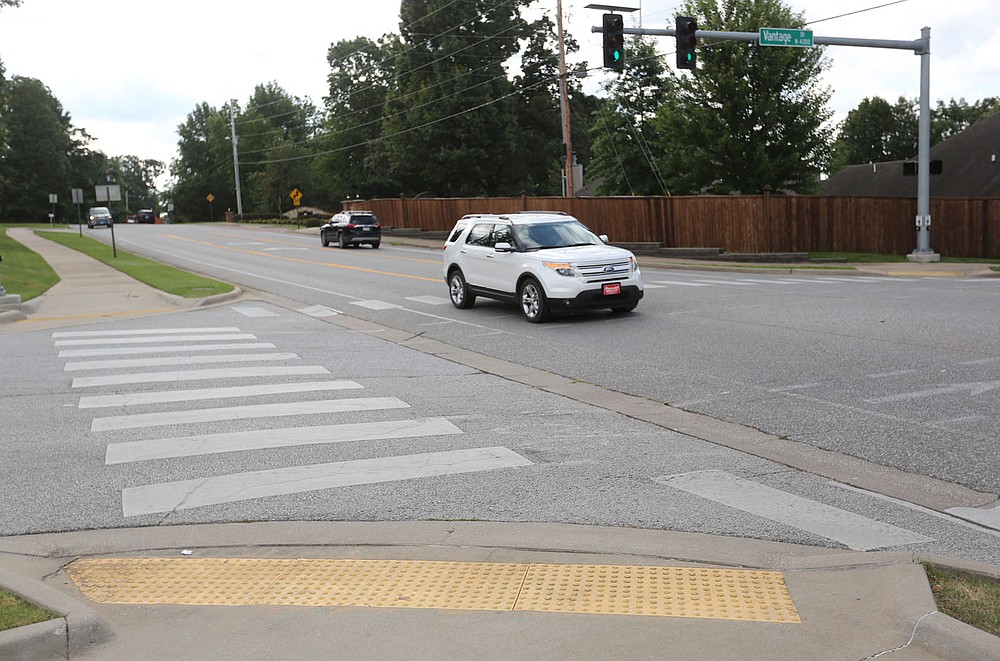 Traffic moves along Wednesday on Zion Road near the intersection of Vantage Drive in Fayetteville. The City Council on Tuesday approved construction contracts to do improvement work on the street from Vantage Drive to Crossover Road, a project that was originally included in the city's 2006 bond improvement program. Check out nwaonline.com/200726Daily/ and nwadg.com/photos for a photo gallery. (NWA Democrat-Gazette/David Gottschalk) 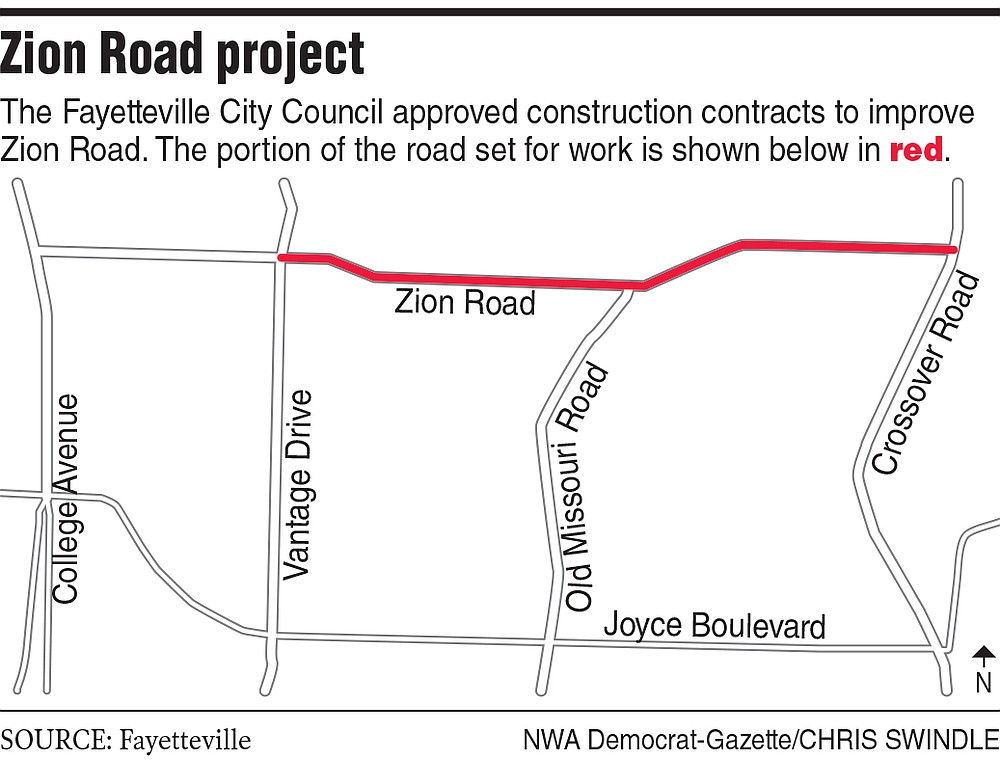