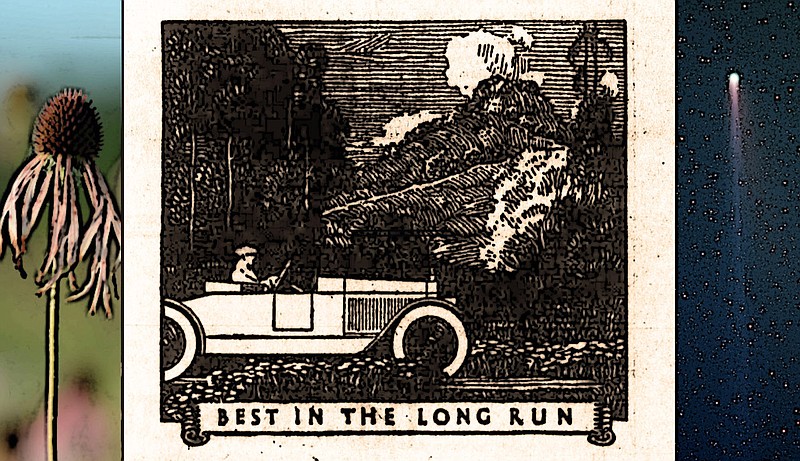 In 1920, horse-drawn buggies still traveled downtown streets in Arkansas. Gas-powered cars and trucks did too.

Classified ads in the Arkansas Gazette and Arkansas Democrat mention buggies for sale and people offering to clean or repair them.

The July 19, 1920, Gazette reported that a buggy was struck by a Ford driven by one F.W. Smith of Scott at 8:30 p.m. July 18 on Washington Avenue in North Little Rock. A Black man and woman were thrown from the buggy, and their horse was knocked to the pavement and badly skinned. The Gazette did not report their names, because ... 1920, but readers learned that:

The buggy was also damaged. The car was uninjured.

Most streets were dirt or gravel, but some were paved with wooden blocks and tar.

Passenger trains and freight trains hissed and shrieked through town, and every once in a while, open-cockpit biplanes buzzed overhead.

The contemporaneity of all these very different travel options made people think. Two essays — each too long in itself to reprint here — drive this home. Each is well worth reading, and so for the pleasure of Completist Reader, I have turned them into photos and posted those as a photo gallery:

Let's look first at an essay about what could be seen from the windows of a passenger train.

Written by one Beebe Thompson Chafin, this essay appeared on a Sunday on Page 10 of a secondary section (the women's section) under the headline:

As Chafin looks out the window of a passenger train, he sees "a continuous performance" by an amazing number of flowers that "flash by all standing tiptoe soliciting a glance of recognition."

Against a backdrop of chamomile, draperies of glowing trumpet-vine alternate with masses of something called "elderbloom," black-eyed Susans and wild sunflowers. The vast numbers of sunflowers inspire him to quote Wordsworth's poem about the daffodils that dance by tossing their heads.

Chafin also sees coreopsis and long stretches of grass that appear enameled with numberless rose pinks. A flash of magenta from a swampy spot reveals the captivating presence of the meadow beauty, or deer grass.

Purple coneflowers group themselves effectively, their pinkish purple coloring giving a new and exquisite note. Here and there, a wild petunia lifts its violet trumpet.

An "importunate" butterfly hovers over butterfly weed. Chafin does not explain how he recognizes the insect personality flaws at such remove.

All this is to say nothing of interminable stretches of daisy fleabane and dog fennel, or chamomile, enough to supply a world, if that's what the world needs.

Yarrow was ubiquitous as well, and it conveyed some sort of Old World charm.

But "yarrow" doesn't begin to name this plant, he says, listing other common names: thousand-leaf, thousand-leaved clover, green arrow, gardoloba, nosebleed, blood wart sanguinary, soldiers woundwort, carpenter's grass, old man's pepper, Achillea. The last name connects yarrow with Achilles, the Greek warrior who, Chafin says, made use of the plant at the siege of Troy to heal the wounds of his soldiers.

God must love Yarrow; he made so much of it, and set it by the dusty highway where it might be seen of all men.

Chafin dives deep into folklore supposedly associated with yarrow, but you can read that later. Right now we need to talk about the button bush.

Nor must we forget the button bush, though it prefers to withdraw itself from us and our society into the fastnesses of the swamps.

He sees it growing freely in cypress-brake near Perry ... for now.

However, our drainage canal is nearing completion, the brake will soon be dry land, and what will poor button bush do then?

I like his description of the sweet-smelling plant and how "in its season" this bush was covered with "closely packed hosts of white florets, hundreds in number." Their long styles and headed stigmas resembled pincushions stuck full of pins and needles.

On and on he goes, cataloging flowers, laughing about four-footed butterflies and finally looking up at the stars.

Serviss considers how modes of travel change his perspective. He's looking down from his writing room window on the "eyebaffling" and cacophonous traffic of a dangerous intersection. But as he reflects on his first experience of traveling in an auto, he doesn't moan about danger. He thinks about relativity.

Einstein was already famous in popular science 100 years ago, but relativity was not yet well enough understood to freak out preachers or politicians, although many were freaked out about cars. As he watches loads of people shooting by in their "devil wagons," skimming the ground like frightened birds, Serviss notes that "the world is not the same to an eye that is traveling 40 or 50 miles an hour as to one that saunters at 5 or 6."

The faster you travel, the more you see things "in the large," by which I think he means panoramas.

When you walk, you see the earth with a microscope; when you ride behind a jogging horse, you look at it through an opera glass, but from a speeding auto your view becomes telescopic, i.e., only things at telescopic distance remain in sight long enough to be inspected.

He says that American Indians understood time and space are a blend. Journeys were measured by how many pipes one smoked while traveling, or how many suns or moons rose and set. Something similar is happening to the human mind in the age of the automobile, Serviss says, but the scale is huge.

Autos magnify the time unit "by making it cover an enormously greater space," so the rider only sees things in masses, massed together.

When you are going 200 or 300 miles in eight hours, you view the country the way an artist sees a landscape.

The ground speeds away under you, you perceive fields as sheets of green, brown or yellow flitting past. Insects in the air become bullets, crushed by impact against your windshield.

I love this next part:

Trees run. Even dignified oaks and elms take to their heels and become blurred fugitives.

Planked bridges are packages of firecrackers going off below you. Houses are colored shapes that hurtle past. Glens and knolls are troughs and the crests of waves. People might as well be fence posts.

But when you shoot out upon a commanding hilltop your soul expands with the view. Things are now far off enough to be seen.

In the rest of the essay, he plays with a future in which air travel could become routine, and automobiles would look like caterpillars creeping. Then he thinks about the speed of light and how, in theory, a mass traveling at that speed could expand infinitely.

Can anybody guess what it would mean to become infinitely massive? he asks.

An infinitely massive automobile might smash the whole world.

That's the thing about 1920: A person could imagine all that and yet still travel while looking at the backside of a horse. 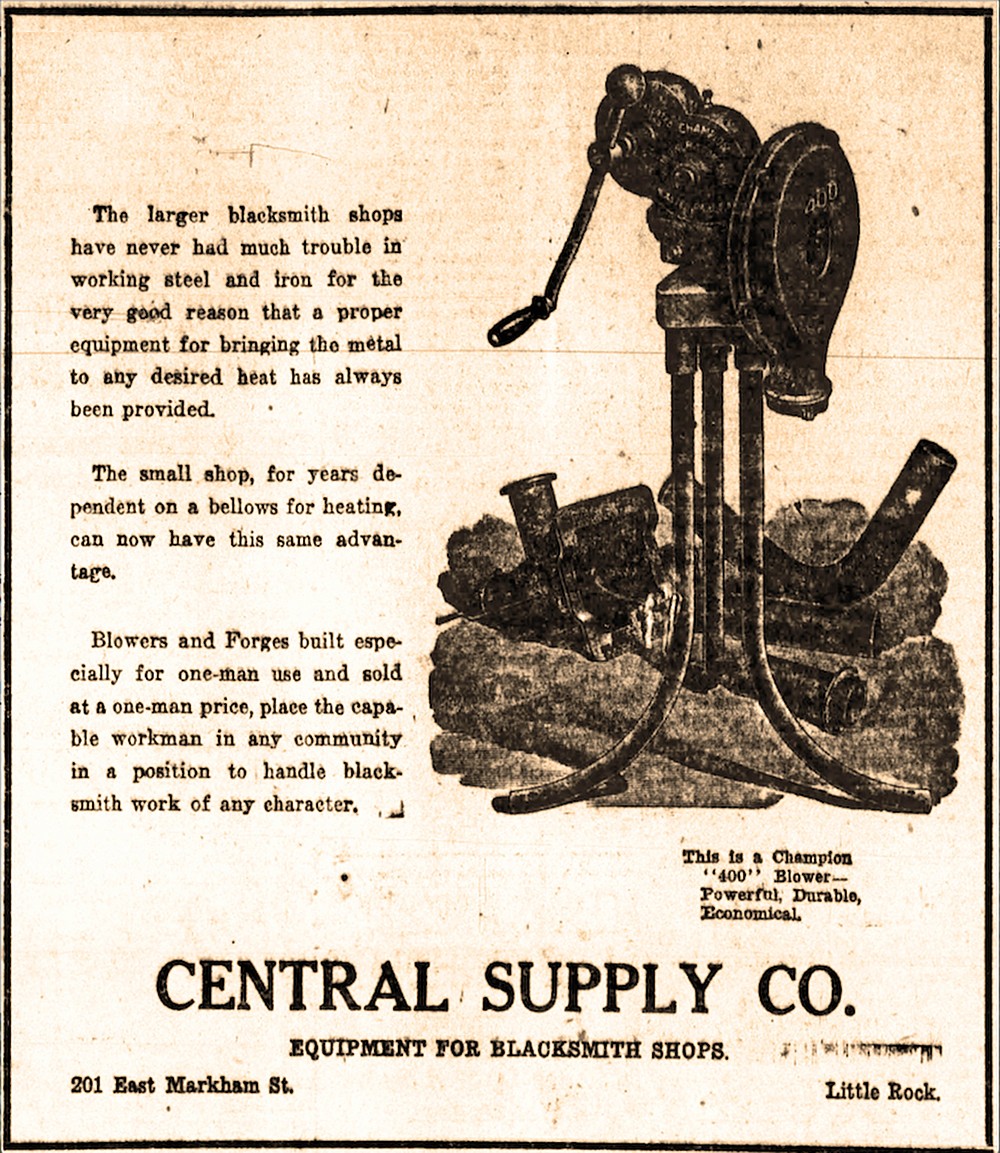