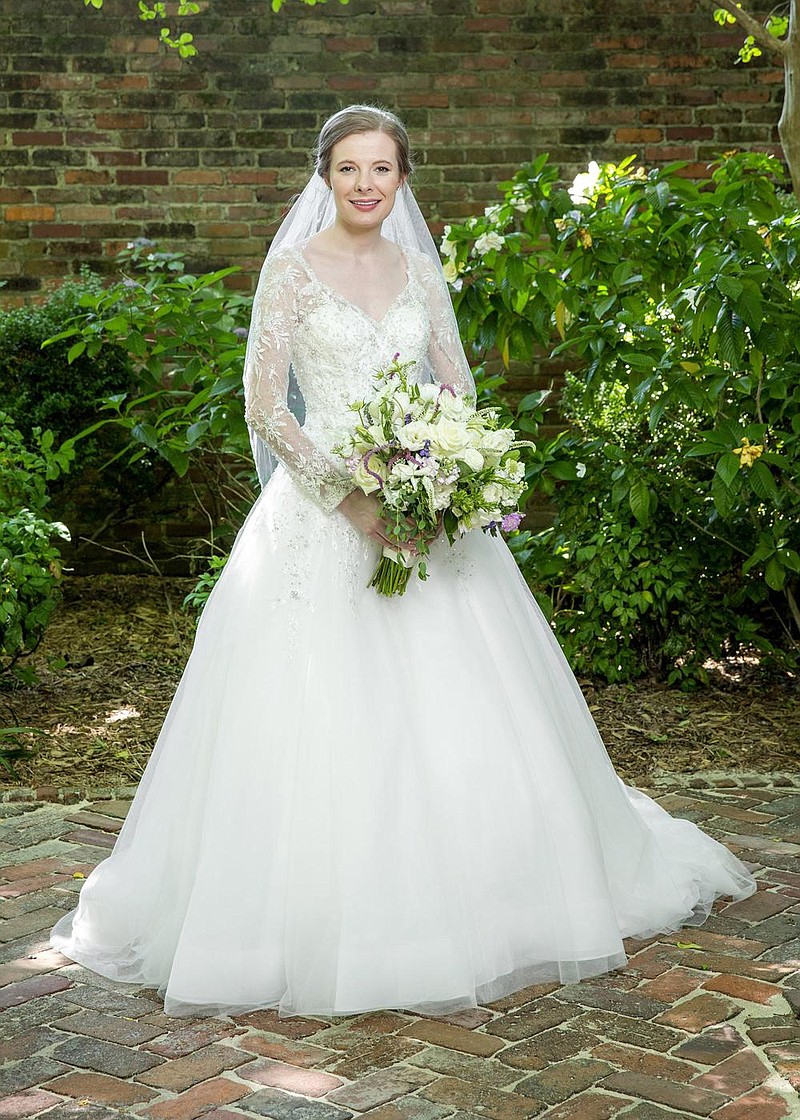 Wedding vows were exchanged by Olivia Louise Rooker and Cole Allen Welhoff at 6 p.m. Saturday, July 18, at Covenant Presbyterian Church. Officiating was the Rev. Tim Reed, who also officiated at the wedding of the bride's parents. Assisting was the Rev. Derek Coyle.

Parents of the bride are Janet Louise and Jeffery Bruce Rooker of Little Rock. She is the granddaughter of Peggy and Howard Rooker of McLoud, Okla., and Barbara and the late Charles Smith of Malvern.

The bride, escorted by her father, wore a long-sleeve tulle ball gown with an off-the-shoulder bodice embellished with crystal beaded lace embroidery. She carried a hand-tied bouquet of roses, hydrangeas, ranunculas, freesia, and delphinium in soft pastel shades of white, green, periwinkle and lavender.

Best man was Zachary Freistedt of Oklahoma City. Serving as groomsmen were Ronald Baker and Matthew Welhoff, cousin of the groom, both of Harrisonville; Justin Moore and Kelly Howell, both of Tulsa; and Douglas Croy of Kansas City, Mo. Guests were seated Gregory Lambeth and Matthew Lambeth, both of Lebanon and cousins of the bride; John Kusmec of Harrisonville and Mitchell Wilkins of Madison, Wis.

A reception at Chenal Country Club was held after the wedding. Round guest tables were centered with candles in silver and mercury glass holders and arrangements of roses, freesia, tuberoses and hydrangeas in clear and crystal cylinders.

The groom has a bachelor's degree in environmental policy from the university and is an investment representative with American Century Investments in Kansas City.

The couple will live in Overland Park, Kan., after a honeymoon in Seaside, Fla.