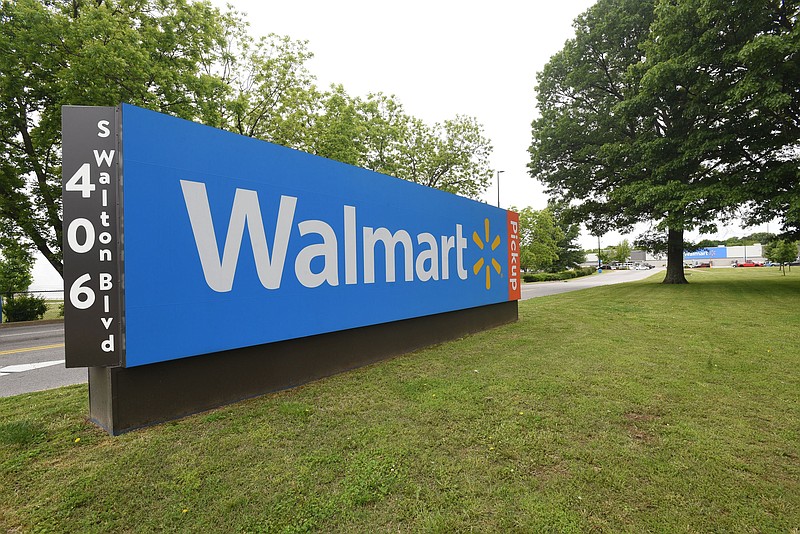 FILE -- The entrance to the Bentonville Walmart is seen on Tuesday May 19, 2020 along South Walton Boulevard. (NWA Democrat-Gazette/Flip Putthoff)

Walmart Inc.’s hourly employees will get extra cash with their paychecks on Aug. 20 for working through the covid-19 pandemic, the company said Tuesday. The bonuses will total about $428 million, bringing Walmart’s total expenditure on the incentives this year to $1.1 billion.

John Furner, president and chief executive officer of Walmart U.S., said in a news release that the bonuses show the company’s appreciation for its employees’ hard work during the public health crisis.

The Bentonville-based retailer also said it will close its stores and Sam’s Club locations on Thanksgiving Day, which this year falls on Nov. 26. Store and club hours for Black Friday, traditionally considered the official start of the Christmas-shopping season, will be released at a later date, Walmart said.