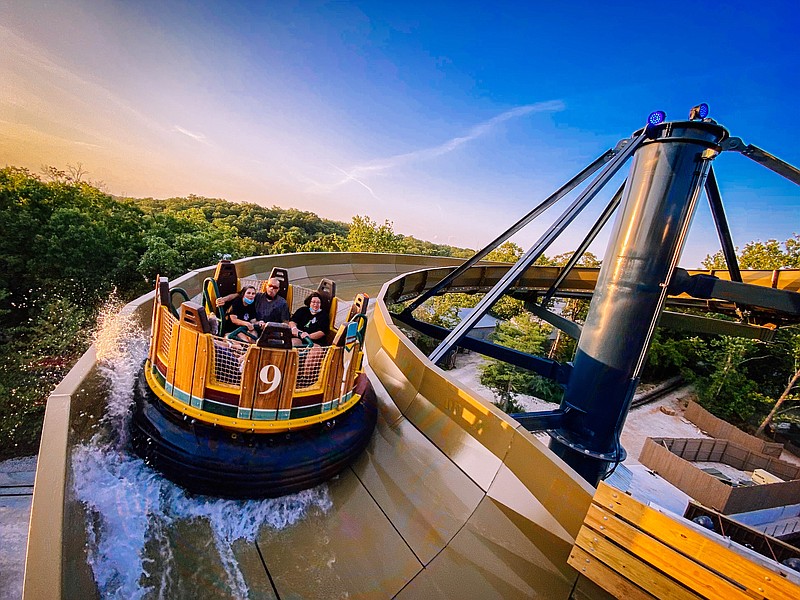 The backstory of Mystic River Falls revolves around Silver Dollar City's Marvel Cave, which does in fact have a Mystic River in its depths. (Courtesy Photo)

It happened without a lot of fanfare -- because, let's face it, it's been a strange season at Silver Dollar City. But the much-anticipated new water ride, Mystic River Falls, officially opened for passengers on Tuesday.

The $23 million addition to the Branson, Mo., theme park was announced in August 2019. Designed by the park in partnership with Swiss firm RES -- or Ride Engineers Switzerland -- and Barr Engineering, the ride's claims to fame include "tallest drop on a water raft ride in the Western Hemisphere" and a "one-of-a-kind rotating, four-platform, eight-story lift."

Passengers in round boats will ascend an eight-story tower, travel along 180 feet of waterway elevated six stories and splash down a 45-foot waterfall. Brad Thomas, president of Silver Dollar City Attractions, said when the ride was announced that passengers might "laugh so hard you snort -- and you will certainly get wet!"

The ride isn't the only thing new in that section of the theme park. The adjacent Rivertown area, just behind the Riverfront Playhouse, includes a new barbecue restaurant, Rivertown Smokehouse, adding another $4 million to the construction tab. Thomas said an SDC team traveled to the best barbecue restaurants in the country to choose the menu for the 400-seat facility -- the largest restaurant ever constructed in the park's history -- creating a menu of smoked-on-site brisket, turkey, pork, sausage and chicken, along with signature scratch-made sides and desserts.

Also, just across the way is an all-new bakery, Clara Belle's Cinnamon Bread, specializing in Silver Dollar City's famous cinnamon bread -- only now each loaf bakes in an individual pan designed to capture all the gooey icing, butter and cinnamon. The bakery offers peach, apple and original versions along with a variety of other items.

Coming up July 25 is Moonlight Madness with nighttime hours until 10 p.m. -- with some evenings open until midnight -- and upcoming concerts feature Newsboys on Aug. 1 and Diamond Rio on Aug. 6. Traditional festivals are on the schedule too, including Southern Gospel Picnic (Aug. 27-Sept. 7); Harvest Festival featuring Crafts and Pumpkins In The City (Sept. 23-Oct. 31); and An Old Time Christmas (Nov. 7-Dec. 30). 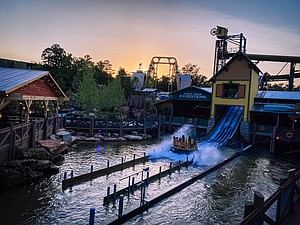 A $23-million investment, Mystic River Falls is said to be an engineering marvel in the global attractions industry with its one-of-a-kind rotating, four-platform, eight-story lift. (Courtesy Photo) 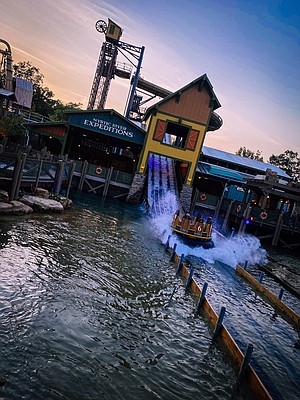 With the Mystic River headwaters unknown, the adventurers of today seek to find a fabled waterfall that could mark the end of the raging river. They follow the path of Pearl, a young adventuress, along the challenging, winding waterways in pursuit of the legendary headwaters. (Courtesy Photo)
More News

Find out more about Mystic River Falls at www.silverdollarcity.com.