NHL could learn from 2016 World Cup 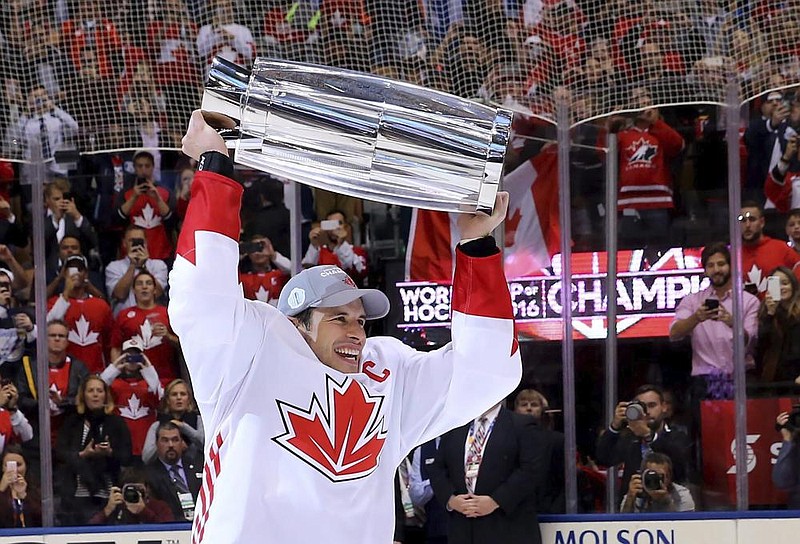 Sidney Crosby carries the World Cup trophy after Canada’s victory over Europe in the 2016 finals. Crosby was two months removed from winning the Stanley Cup with the Pittsburgh Penguins before he began training for the World Cup. (AP file photo)

Sidney Crosby was two months removed from lifting the Stanley Cup when he turned his attention to winning another championship.

It was early September 2016, and the Pittsburgh Penguins captain stepped on the ice in Ottawa for Canada's training camp ahead of the World Cup of Hockey. Players had gone four months since any game action when NHL camps opened July 13, and they started preparing to jump right into the Stanley Cup playoffs.

A lengthy, unscheduled break because of a pandemic is something new for all involved, but the World Cup experience of transitioning from time off directly into meaningful competition is something the more than 100 players left from that tournament can draw on during the NHL's restart. The lessons learned -- good and bad -- could determine who packs up early and who battles for hockey's storied trophy.

"It's very similar to that," Crosby said. "You kind of have a short, abbreviated training camp and then you're right into it. You've got to be ready, but you also have to understand that you've just got to get better with every game. It's just about getting momentum and getting better every day. Whether it's training camp or Game 1, you just have to have that mentality. I think everyone's had different experiences that can help them in this case, but it's definitely got that feeling of the sprint."

Teams get only two weeks of camp at home, then travel to Toronto or Edmonton for one exhibition game before competition gets going for real. Before that, players had a month of voluntary workout time, similar to a typical summer offseason.

Only this time, it's not a prelude to an 82-game season. Except for the top four teams in each conference that get round-robin tune-up play, the remaining 16 go directly into a five-game elimination round right away. No pressure, right?

"It didn't matter what you did all summer," said Winnipeg Jets captain Blake Wheeler, who played for the U.S. in 2016. "It was tough. And it's going to be tough in Edmonton. We go in there knowing that it's not going to be easy."

U.S. teammate Ryan McDonagh figures this training camp is a little easier because of the built-in familiarity. His Tampa Bay Lightning and the other 23 teams coming back had played roughly 70 games together before the season was halted in mid-March.

"It's not like you're really trying to jell with new teammates out of the blue," McDonagh said. "Guys know what their roles are on this team. It's not like they have to kind of figure out where they're supposed to be and what kind of player we're being asked to be, so we can really just focus on getting our skills where they want to be, getting our pace and letting everything take its course."

That winding course is something hockey's best players and coaches can recall from 2016. New York Islanders Coach Barry Trotz, who was an assistant when Canada won the World Cup, considers that tournament the closest comparison because he anticipates the same frantic shifts of momentum.

"You can recover real quick too: You can have an off game there, and your game can get right back on track the next game," Trotz said. "It's a short window. We've got to (be ready) right from the drop of the puck from the opening faceoff."

When the U.S. wasn't ready, it went 0-3 and out. The same result for any team this time around would mean a qualifying round sweep and no hockey again until December, at the earliest.

"The experience I really take out of it is to crank the intensity up earlier and try to get into it as much as you can," said Dallas Stars forward Joe Pavelski, who served as U.S captain in 2016. "You have to stay committed to playing playoff-type hockey in 2-1, 3-2 games and (avoid) turnovers. It'll be important to get in that mindset early." 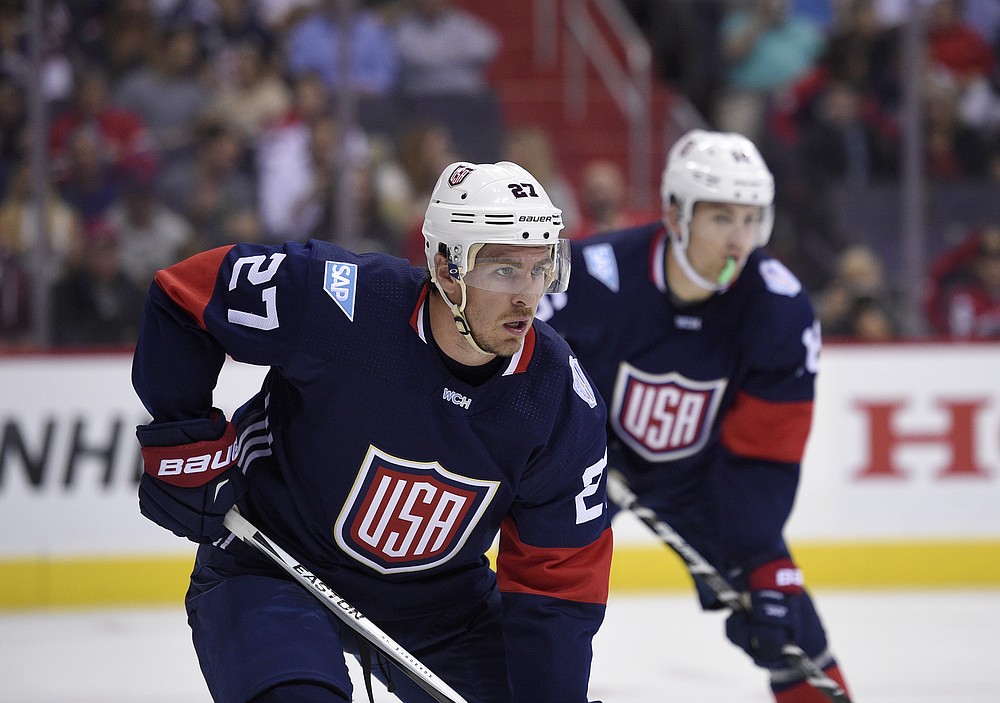 FILE - In this Sept. 13, 2016 file photo, United States defenseman Ryan McDonagh (27) looks on against Finland during the second period of an exhibition hockey game, part of the World Cup of Hockey, in Washington. The closest comparison to the NHL's summer restart is the 2016 World Cup of Hockey. Following a lengthy, unscheduled break because of a pandemic, teams have just two weeks of camp at home before traveling to Toronto or Edmonton for one exhibition game ahead of real competition. McDonagh figures this training camp is a little easier because of the built-in familiarity. His Tampa Bay Lightning and the other 23 teams coming back had played roughly 70 games together before the season was halted in mid-March. (AP Photo/Nick Wass, File) 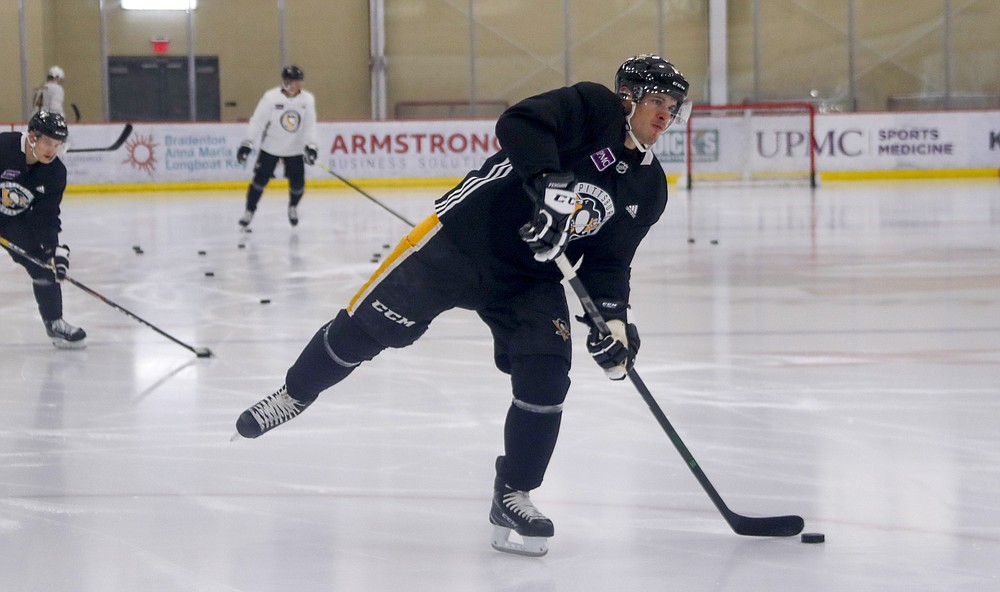 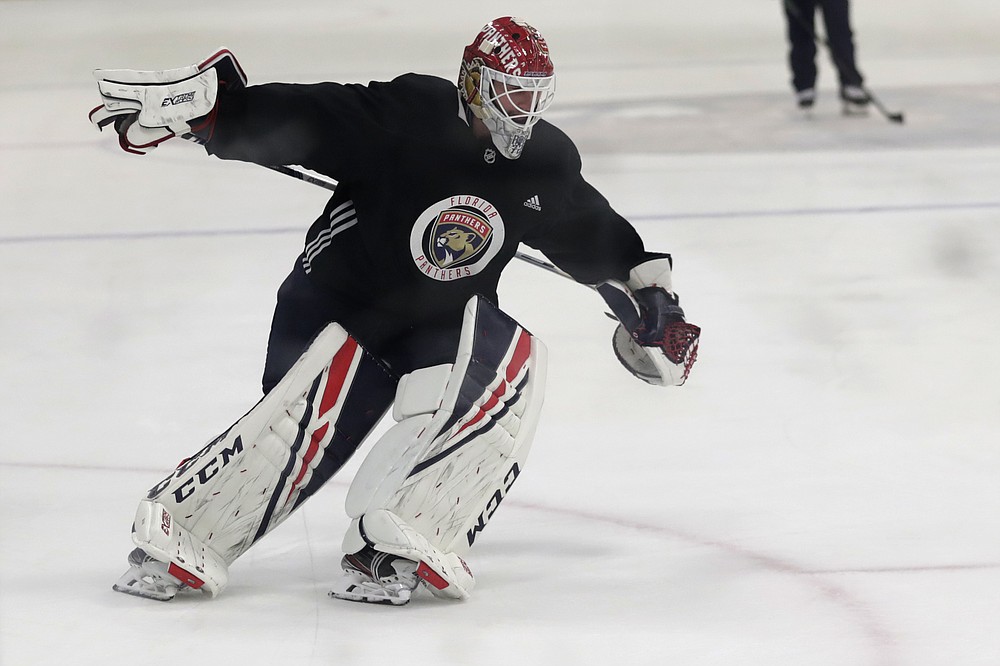