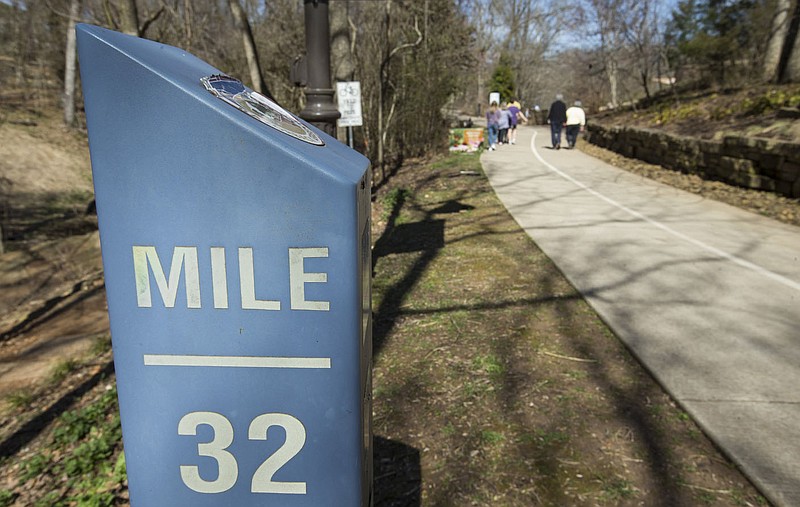 Cities and counties in Northwest Arkansas applied for a share of about $8.5 million in federal money the region typically receives each year for local projects. The money, based on the area's population, is administered by Regional Planning.

Tim Conklin, assistant director at the commission, cautioned the money hasn't yet been allocated by the federal government.

"This is all subject to Congress acting and funding levels," Conklin said. "There's a significant reduction in vehicle miles traveled and fuel taxes, I have no idea what amount of money will be coming to our region. We're basing it on past years."

An additional $3.1 million from a federal highway infrastructure program fund is available to the region and was added to the recommendations, bringing the anticipated total amount of money available to $11.6 million.

There were more than $18 million in requests for money to be distributed in 2021, and the list was pared by a Technical Advisory Committee subcommittee.

Should more money become available, it would be applied to projects either passed over for money or were given only a portion of the money requested.

The recommendations, approved by the full Technical Advisory Committee on Thursday, will be forwarded to the Policy Committee of the Northwest Arkansas Regional Planning Commission for final approval.

Among the project recommendations:

• Bentonville/Centerton: Greenhouse Road improvements between Arkansas 12 and Arkansas 102, $850,000 for design and environmental study. The request was for $1.1 million.

• Springdale: Gene George Boulevard, Phase II, $1 million for right of way and utility moving. The request was for $3.2 million.

Part of Greenway expected to close

A portion of the Razorback Greenway where it passes through the new Interstate 49 interchange being constructed in north Bentonville is expected to close in the next couple of weeks for a significant period of time due to the ongoing work. A temporary, alternative connection is being sought. Highway officials said the greenway, which is being moved out of a flood way in that area, could be closed until the interchange project is finished, which could be up to a year.