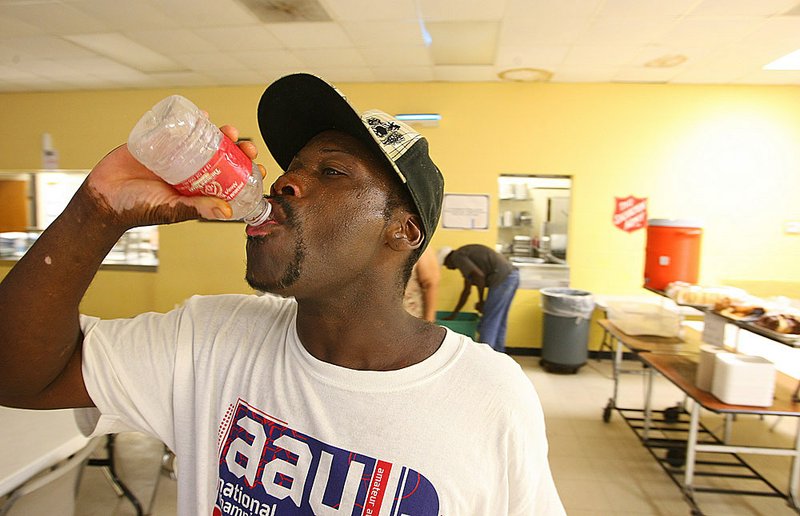 Little Rock will not open cooling stations in the city's community centers this summer because of covid-19 concerns, according to city spokesman Lamor Williams.

Risk factors involved with the pandemic and rising infection rates have led the city to close the community centers, meaning they are unavailable to help residents whose homes lack air conditioning. But, Williams said, the cooling centers weren't used anyway.

In an article published in the Arkansas Democrat-Gazette last July, Parks and Recreation Director John Eckart said "occasionally we have one or two that utilize it, but it's usually very little."

Without cooling centers, people dealing with the heat will have limited options to find relief, since access to a lot of public buildings is limited because of the pandemic, and there may not be any city options, Williams said.

"At this time, it is unclear what alternatives would be available considering the need to maintain social distancing to slow the spread of coronavirus," Williams said. "However, the city stays in close contact with partners that serve the most vulnerable residents among us and stands ready to provide assistance as needed."

For the rest of the summer, the National Weather Service expects temperatures to exceed 89.7 degrees, Arkansas' average over the past century, according to senior forecaster Brian Smith at the weather service office in North Little Rock. Thursday's high temperature was 94.

Many city leaders, including Ward 2 Director Ken Richardson, are concerned about the rising temperatures coinciding with coronavirus restrictions.

"In the past, when there's been a problem with the heat ... when I run into people that ask about those cooling centers, I tell them about the ones we have open and available," Richardson said.

His ward has a disproportionate number of rental homes and apartments, with some having insufficient cooling equipment, Richardson said. He thinks more complaints will come in now that there are fewer places to go to escape the heat.

"I expect those complaints will pick up because I'm out in the community a lot, and I run into people that are unfortunately disadvantaged with respect to some of the basic elements of fair and adequate housing," Richardson said.

Richardson said he would like to find a way to make sure housing in his ward has adequate cooling. The cooling stations, even if open, have limited hours of operation, he said.

"I understand covid and its impact on everything we're doing in our community, but I think we need to figure out ways to help meet the basic needs of our constituents," Richardson said. "I think that's important for a city government to do, and I think we should be creative enough or strategic enough to allocate resources to help people adjust during times like these."

The homeless communities in Little Rock are also taking a hit from the heat. Gala Tallent, founder of Street Ministry, said the communities she works with are feeling the hot weather.

"There's definitely a problem in the camps," Tallent said Thursday. "It's just terribly hot. We were out there all day yesterday, and it was terrible."

Tallent said that last year she pushed the people she worked with to go to the underutilized cooling stations, but this year she's sending them to other ministries.

"We are encouraging our campers to go to facilities like Jericho Way, and we are encouraging them to go to From His Throne and The Shack and different providers who can give them relief with some air conditioning at times," Tallent said.

Mandy Davis, Jericho Way director, said they can't seek relief from the heat at her facility. With staffing short, her workers has been providing crisis services but can't let anyone into the building.

"People still aren't allowed inside the building because the [covid-19] numbers are rising," Davis said. "If I allow 10 people in the building, I don't have the staffing right now to monitor those 10 people and to time them to make them leave and let 10 more in."

An employee of Jericho Way recently tested positive for covid-19, and the facility had to close for two days. Those two days down have affected the homeless community, Davis said.

"I think its been pretty devastating for the people we serve, and so, personally as the director, balancing safety and service is at the top of my list," Davis said. "And we recalibrate that almost daily."

With all of those factors complicating efforts to get homeless people out of the heat, Davis thinks the best way to help them is to get them jobs and put them in homes.

"That's the reason I've been pushing our case management team," Davis said. "Honestly one of the best solutions that we have internally is housing."

For Davis, one of the responsibilities of Jericho Way is providing a safe haven from the heat or cold, but finding ways to accomplish that, at least right now, are hard to come by.

"One of the best things that a day center provides is respite from the elements, and we can't do that right now, not safely," Davis said. "I haven't figured out a way to do that. We normally have more than 150 people in our building at a time."

But, with the pandemic that's become impossible. "I haven't been able to do it successfully, and I feel terrible about it." 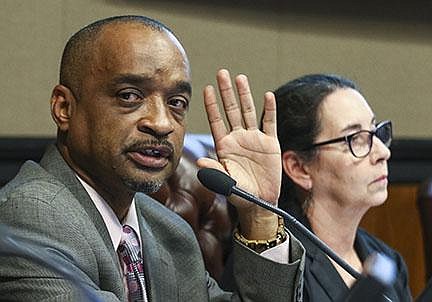