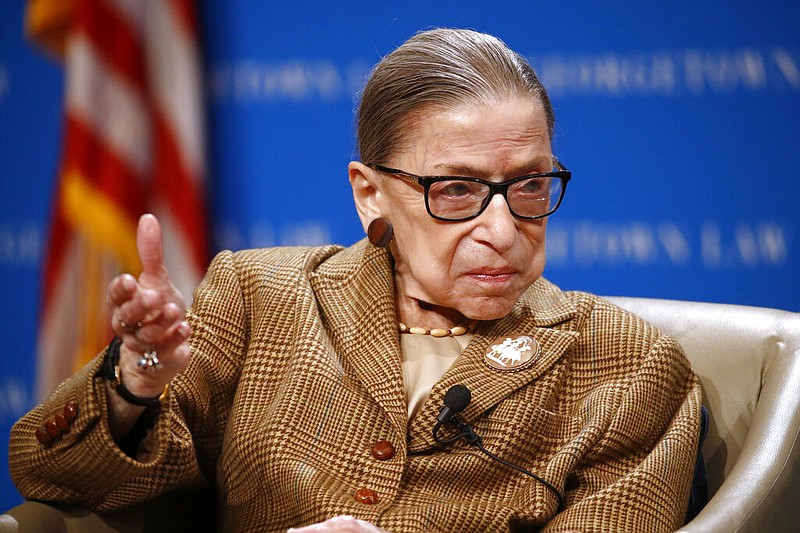 FILE - In this Feb. 10, 2020, file photo U.S. Supreme Court Associate Justice Ruth Bader Ginsburg speaks during a discussion on the 100th anniversary of the ratification of the 19th Amendment at Georgetown University Law Center in Washington. (AP Photo/Patrick Semansky, File)

WASHINGTON — Justice Ruth Bader Ginsburg said Friday she is receiving chemotherapy for a recurrence of cancer, but has no plans to retire from the Supreme Court.

The 87-year-old Ginsburg, who spent time in the hospital this week for a possible infection, said her treatment so far has succeeded in reducing lesions on her liver and that she will continue chemotherapy sessions every two weeks.

"I have often said I would remain a member of the Court as long as I can do the job full steam. I remain fully able to do that," Ginsburg said in a statement issued by the court.

She said her recent hospitalizations, including one in May, were unrelated to the cancer.

A medical scan in February revealed growths on her liver, she said, and she began chemotherapy in May.

"My most recent scan on July 7 indicated significant reduction of the liver lesions and no new disease," she said. "I am tolerating chemotherapy well and am encouraged by the success of my current treatment."