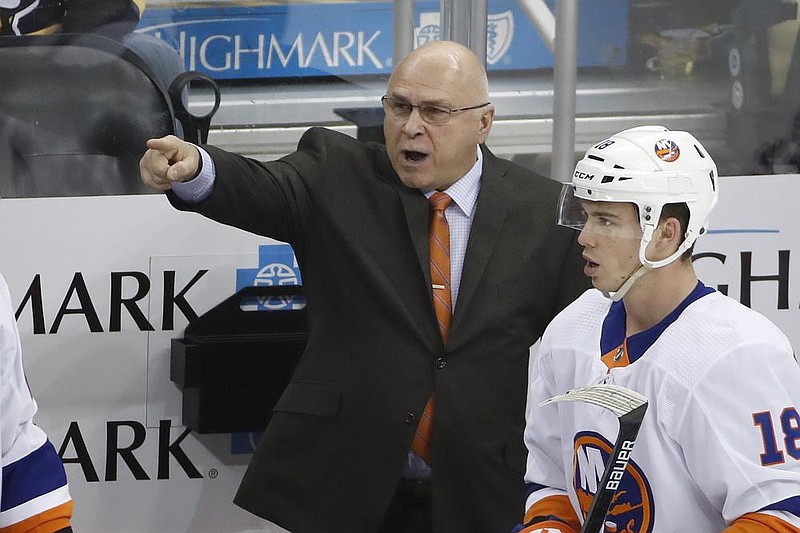 New York Islanders Coach Barry Trotz said he will know what type of shape his players are in after they start training camp for the Stanley Cup playoffs. (AP/Gene J. Puskar)

Andrew Copp got a chance to skate in Michigan, but he isn't sure how many of his Winnipeg teammates have been on the ice.

Voluntary player workouts have been going on for more than a month, but full NHL teams will be together today for the first time since March. Mixed with the excitement of hockey being back is the uncertainty of which and how many players might opt out, and how the long layoff could contribute to injuries.

"[It's about] trying to make sure that when you come back, your hips and groins are all right," Copp said. "For some guys, it's going to be ease in and make sure you make it through the first four or five games healthy and making sure you don't hurt yourself. At the same time, we are getting ready for the playoffs."

It's a training camp unlike any in history, with expanded rosters on 24 teams coming back from a four-month absence to compete for the Stanley Cup. It's a two-week sprint from home cities to Toronto for Eastern teams and Edmonton, Alberta, for their Western counterparts.

Already, a handful of players have opted out of participating, and more could make the same decision before a deadline this afternoon. More than half the eligible players already have been skating at team facilities while trying to get their legs under them. Preparing for the resumption of the season takes another step with the start of organized workouts.

"It will be different for everybody," Pittsburgh General Manager Jim Rutherford said. "It's a camp in the middle of the summer after guys have had time off. It will be interesting to see how certain guys have prepared."

Islanders Coach Barry Trotz figures this will be a chance to gauge how mentally and physically prepared players are for this grind. There was no mandatory ice time or workout regimen before this point, though some players skated overseas when rinks were closed in North America for the coronavirus pandemic, and others have since made sure to lace up their skates.

"Now that it's real, we'll find out exactly where everybody is," Trotz said. "The discipline and structure are paramount to having success."

Some of that discipline is players and their loved ones staying home as much as possible before teams fly to the quarantined "hub cities" of Toronto and Edmonton.

Carolina forward Justin Williams said his teammates have been told to tighten up the circles of people they're around for the next couple of weeks to keep the Hurricanes from having an outbreak.

Players and staff will be tested every other day during camp, similar to Major League Baseball's policy that has come under fire for delays on results. Testing will be daily once games start.

The injury question could linger. The NHL is prohibiting teams from revealing injury or illness information as a way to protect player privacy. The league reported 35 players testing positive since June 8.

"It was a high priority for guys, no question," NHLPA special assistant to the executive director Mathieu Schneider said. "Early on, guys were very sensitive to it. Obviously, they're contacting everyone that they know that they've been in touch with and the ID tracing. But [privacy] was very important to the players."

Already, Tampa Bay captain Steven Stamkos won't be 100% for the start of camp because of a new lower-body injury, and Minnesota defenseman Greg Pateryn is out indefinitely with an upper-body injury. It'll be a mystery from this point forward if a player is injured, ill or otherwise.

But players are ready for a brave new world of summer camp.

"It's a little bizarre," Copp said. "Even when you are at the rink, the protocols definitely make it a different feel. But I think everyone is just kind of amped and ready to go." 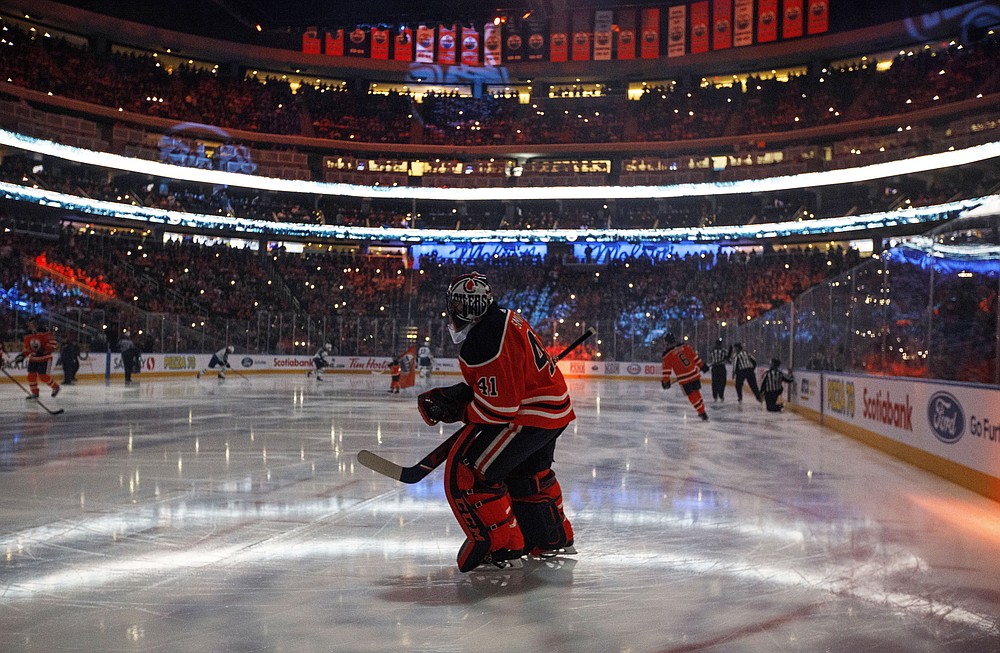 FILE - In this Feb. 20, 2020, file photo, Edmonton Oilers goalie Mike Smith warms up for the team's NHL hockey game against the Winnipeg Jets in Edmonton, Alberta. Deputy Commissioner Bill Daly told The Associated Press on Sunday, July 5, that the NHL and NHL Players’ Association have agreed on protocols to resume the season. Daly said the sides are still negotiating a collective bargaining agreement extension. A CBA extension is still crucial to the process. (Jason Franson/The Canadian Press via AP, File) 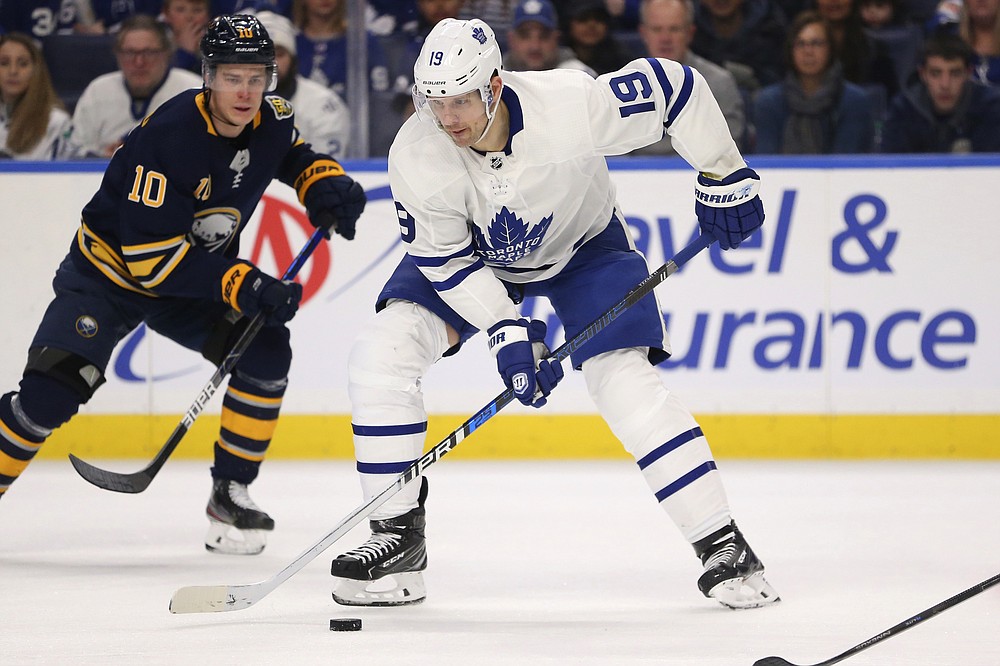 FILE - In this Sunday, Feb. 16, 2020 file photo, Toronto Maple Leafs forward Jason Spezza (19) controls the puck during the second period of the team's NHL hockey game against the Buffalo Sabres in Buffalo, N.Y. Jason Spezza's confidence in the NHL returning wasn't shaken by word of 11 players testing positive for the coronavirus. Given his involvement in Players' Association talks, the veteran Toronto forward knew from doctors' input that there would be positive test results in hockey just as there have been in other sports as group workouts ramp up across North America.(AP Photo/Jeffrey T. Barnes, File)
ADVERTISEMENT