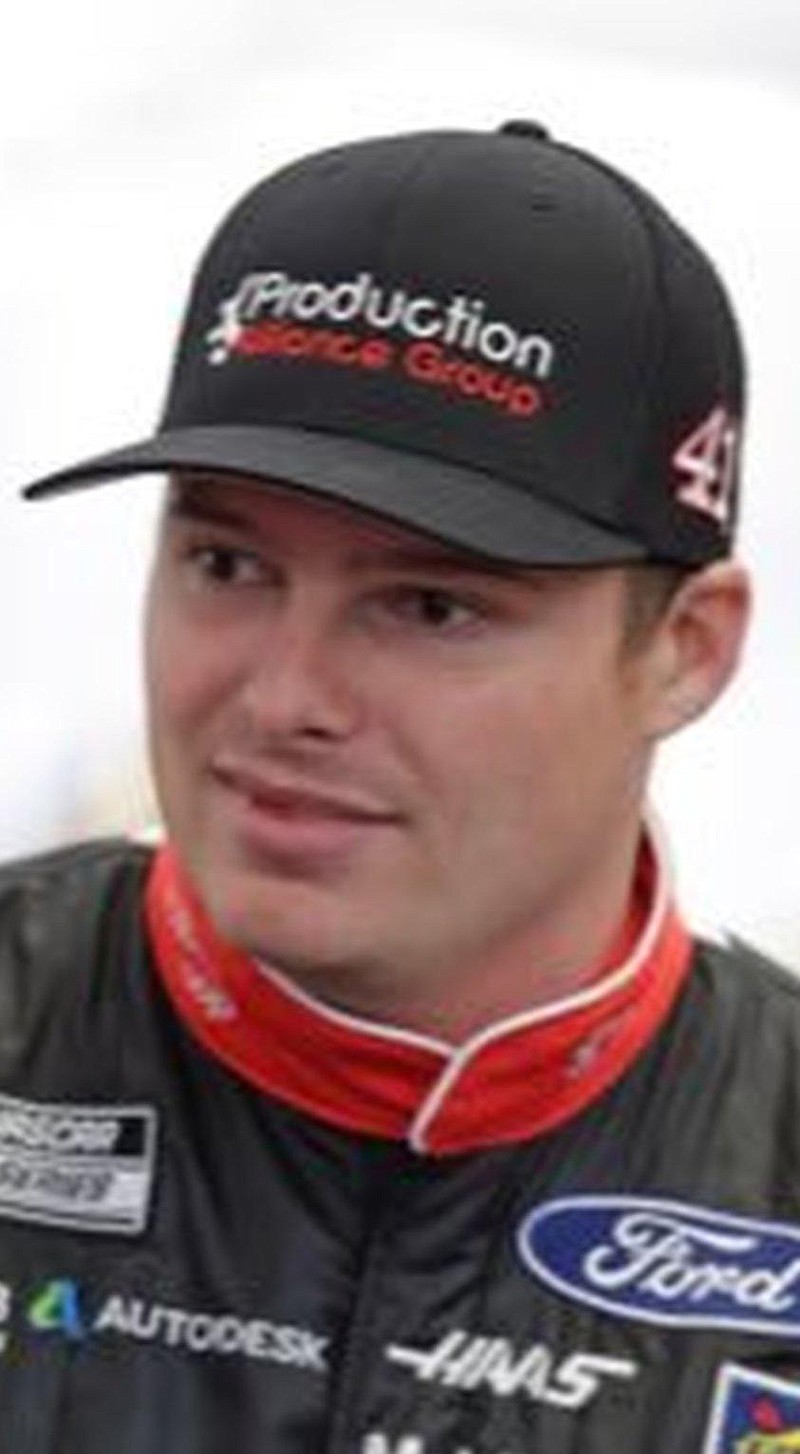 SPARTA, Ky. -- Cole Custer saw an opening and, with help from a friend, squeezed through for the most fulfilling moment of his young racing career.

Custer became the first rookie regular to win in the NASCAR Cup Series in nearly four years, surging to the lead in a four-wide, final-lap scramble Sunday at Kentucky Speedway.

Kevin Harvick and Martin Truex Jr. were dueling side by side for the lead on the Lap 266 final restart when Custer -- with a push from Matt DiBenedetto on the outside -- made his move from sixth in the No. 41 Stewart-Haas Racing Ford. As the leaders bunched in Turn 1, Custer slid ahead and outlasted Truex's Toyota.

"I knew I just had to get to the top," said Custer, who led twice for five laps. "The top rolled pretty good and once I got past and I was ... in third, I was like, 'I've just got to take a shot and do whatever I can here.'

"And it ended up the 4 [Harvick] and the 19 [Truex] got together a little bit, and I was able to take advantage of it."

Making his 20th series start, the 22-year-old Custer celebrated with a front stretch burnout as his crew happily ran to greet him.

He's the first rookie to win a non-rain-shortened race since Juan Pablo Montoya in 2007. Brad Keselowski won a race in 2009, Trevor Bayne in 2011 and Justin Haley in 2019 while not racing full seasons. All three would have been classified as rookies had they been competing a full year. Chris Buescher won a rain-shortened race in August 2016 while competing for rookie of the year.

DiBenedetto was third, and Harvick fourth -- both in Fords. Kurt Busch, the winner last year, was fifth.

"I got a good restart and was curious what he was going to do," DiBenedetto said about helping Custer. "When he pulled to the top, I was like, 'Yeah, that was a good move right there.' And I just decided to shove him since I couldn't go around to the outside.

The final hundred laps created plenty of lead changes but nothing like the final 20 where Harvick, Truex and Ryan Blaney all had their shots.

Even seven-time Cup champion Jimmie Johnson -- back behind the wheel after missing last week's race in Indianapolis after a positive coronavirus test -- was running in the top three late with a chance to win. A spin into the front stretch grass on a lap 255 restart ended his quest and left his No. 48 Chevy 18th in his final Kentucky start.

Johnson's day wasn't a complete bust. The track named one of its entrances Jimmie Johnson Boulevard, and a banner over the infield tunnel entrance read, "Thank You, 48."

Aric Almirola made his case at the start, pushing pole-sitter Kyle Busch forward from the outside and chasing in the early laps before taking over nine laps later and threatening to run away from it. Almirola led 128 of the first 137 laps -- nearly 40 more than he has led all season.

Blaney and DiBenedetto took their turns in front before Keselowski inherited it on pit road during green-flag pit cycles. That didn't last long as Truex quickly stalked him on the last-stage restart and took over on 181 in hopes of his third Kentucky win in four years.

Truex gave it a good run against Harvick but settled for watching Custer take the win.

"The 41 [Custer] just came with a big head of steam, and there was no way I was going to be able to block that," Truex said. "He was just in the right place at the right time, I guess." 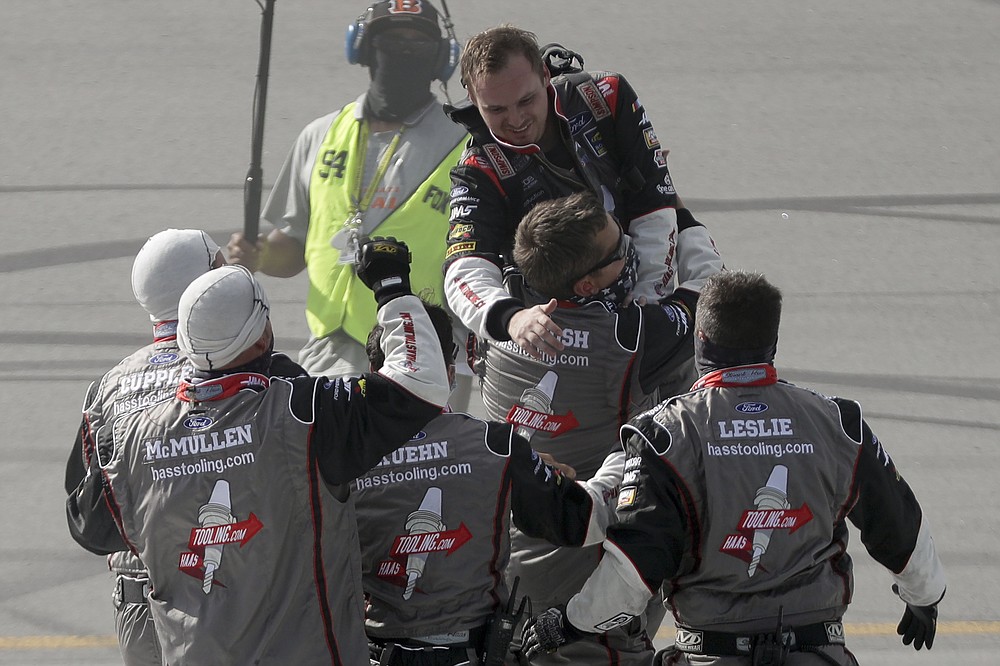 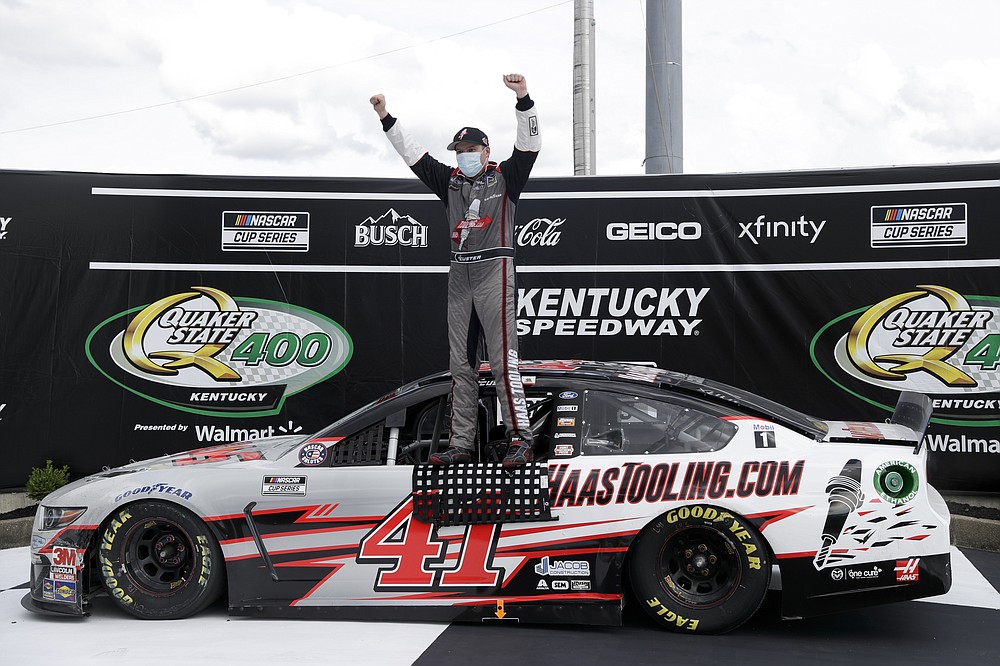 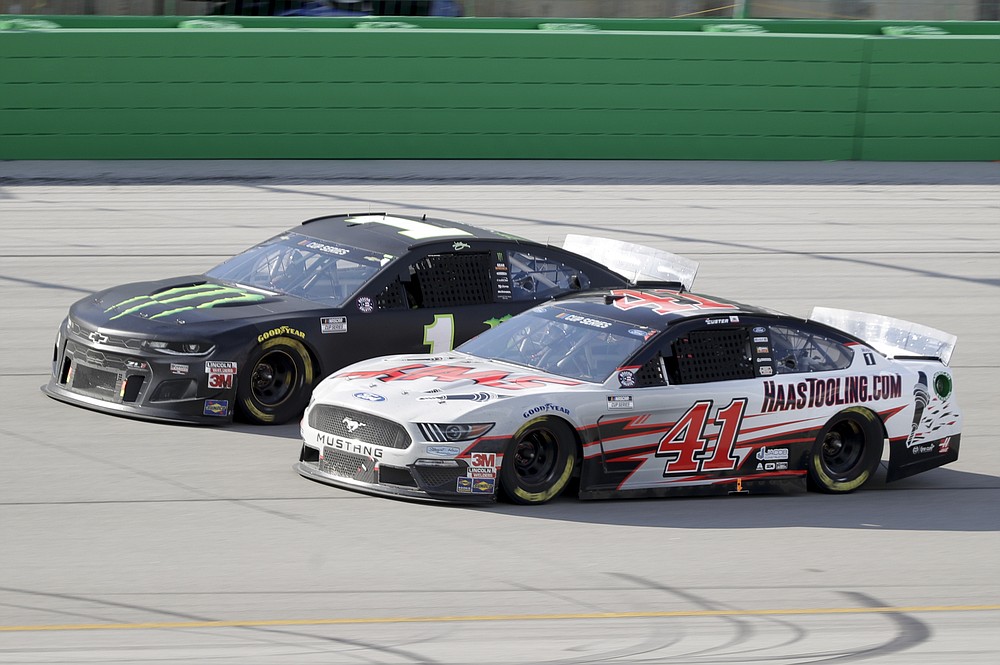 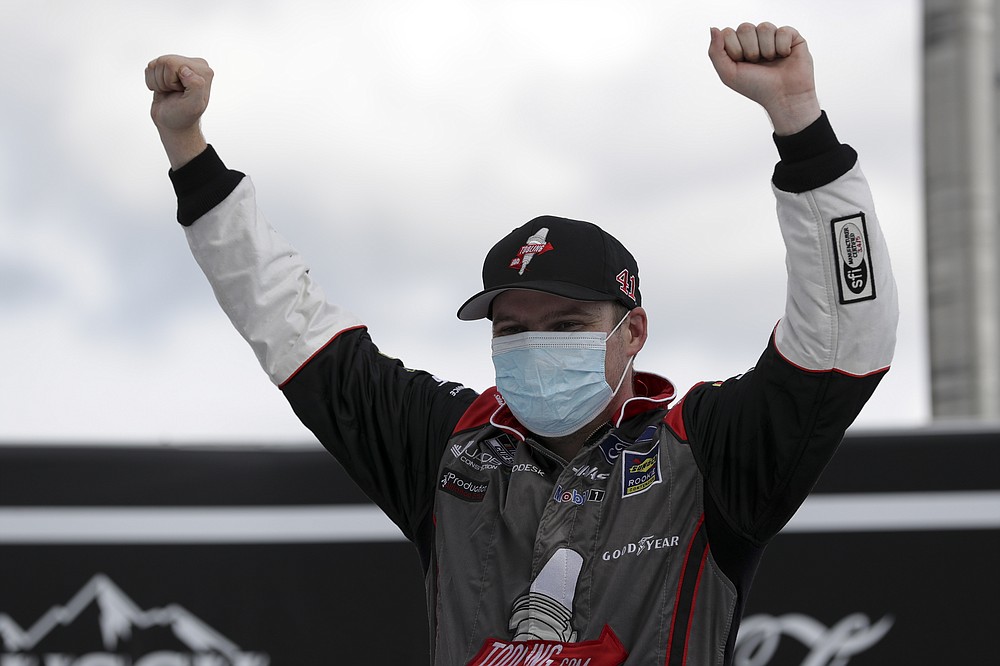 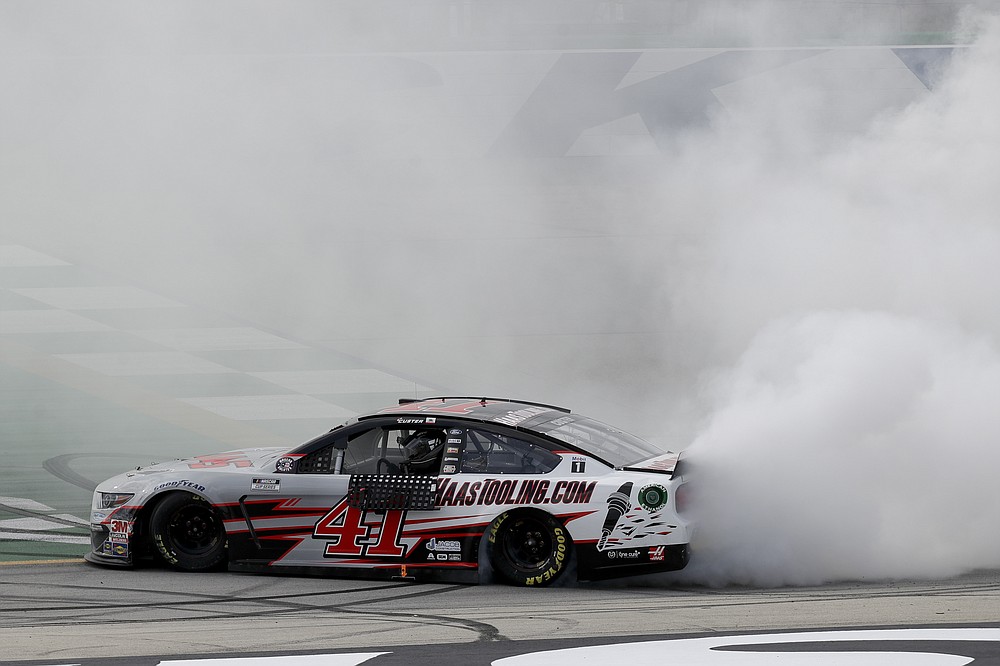 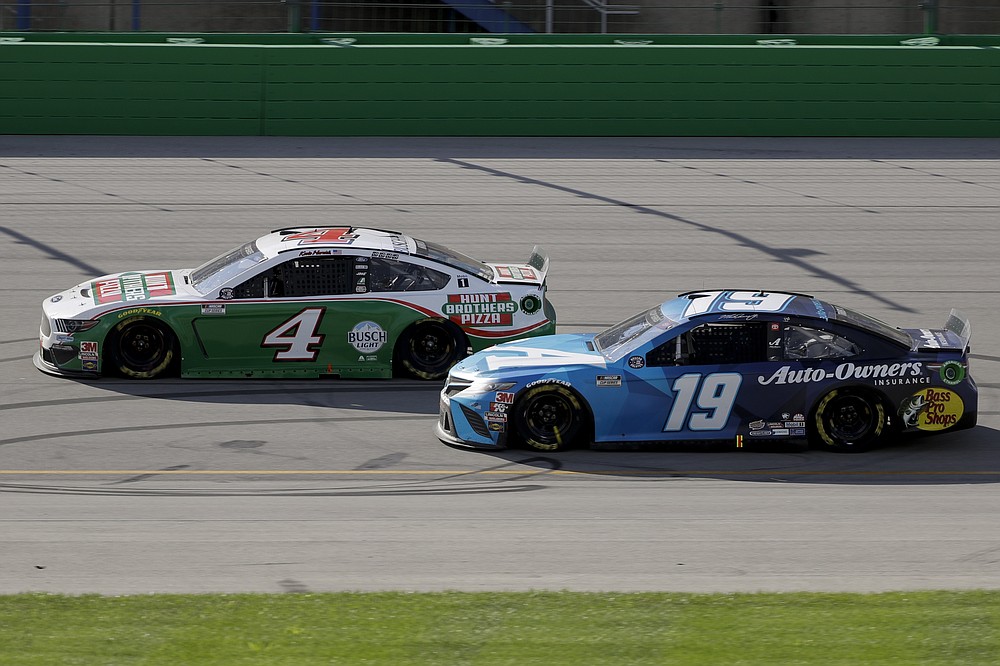