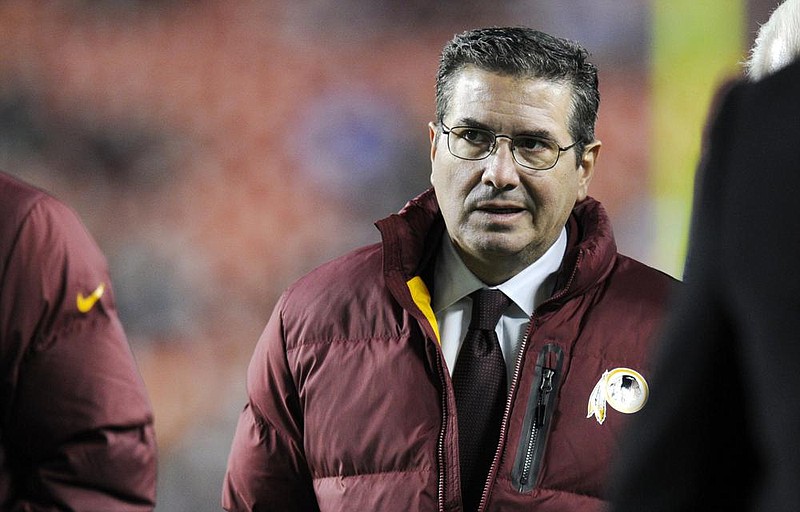 ASHBURN, Va. -- Washington's NFL team will get rid of the name "Redskins" on Monday, according to multiple reports.

It's unclear when a new name will be revealed for one of the league's oldest franchises.

The team launched a "thorough review" of the name July 3. That came in the aftermath of prominent sponsors FedEx, Nike, PepsiCo and Bank of America asking the team to change the name.

FedEx is the title sponsor of the team's stadium in Landover, Md., and CEO Frederick Smith is a minority owner.

Nike and other companies pulled team gear from their online stores.

Over a dozen Native American leaders and organizations wrote to NFL Commissioner Roger Goodell last week demanding an immediate end to Washington's use of the name.

Snyder had steadfastly refused to change the nickname since purchasing the team in 1999. 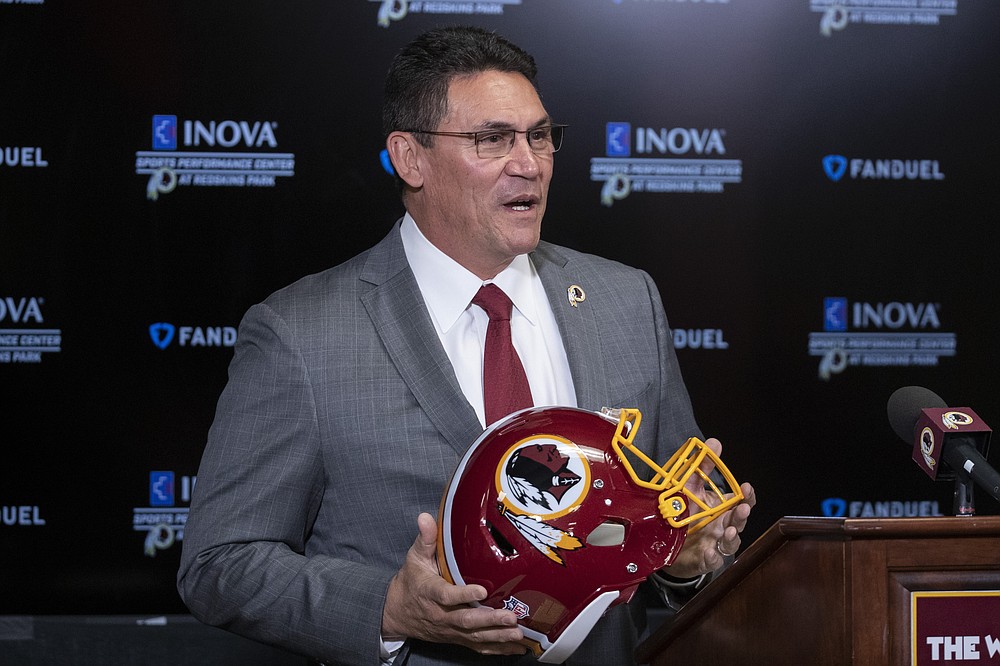 FILE - In this Jan. 2, 2020, file photo, Washington Redskins head coach Ron Rivera holds up a helmet during a news conference at the team's NFL football training facility in Ashburn, Va. The Washington Redskins are undergoing what the team calls a “thorough review” of the nickname. In a statement released Friday, July 3, 2020, the team says it has been talking to the NFL for weeks about the subject. Owner Dan Snyder says the process will include input from alumni, sponsors, the league, community and members of the organization. FedEx on Thursday called for the team to change its name, and Nike appeared to remove all Redskins gear from its online store. (AP Photo/Alex Brandon, File)