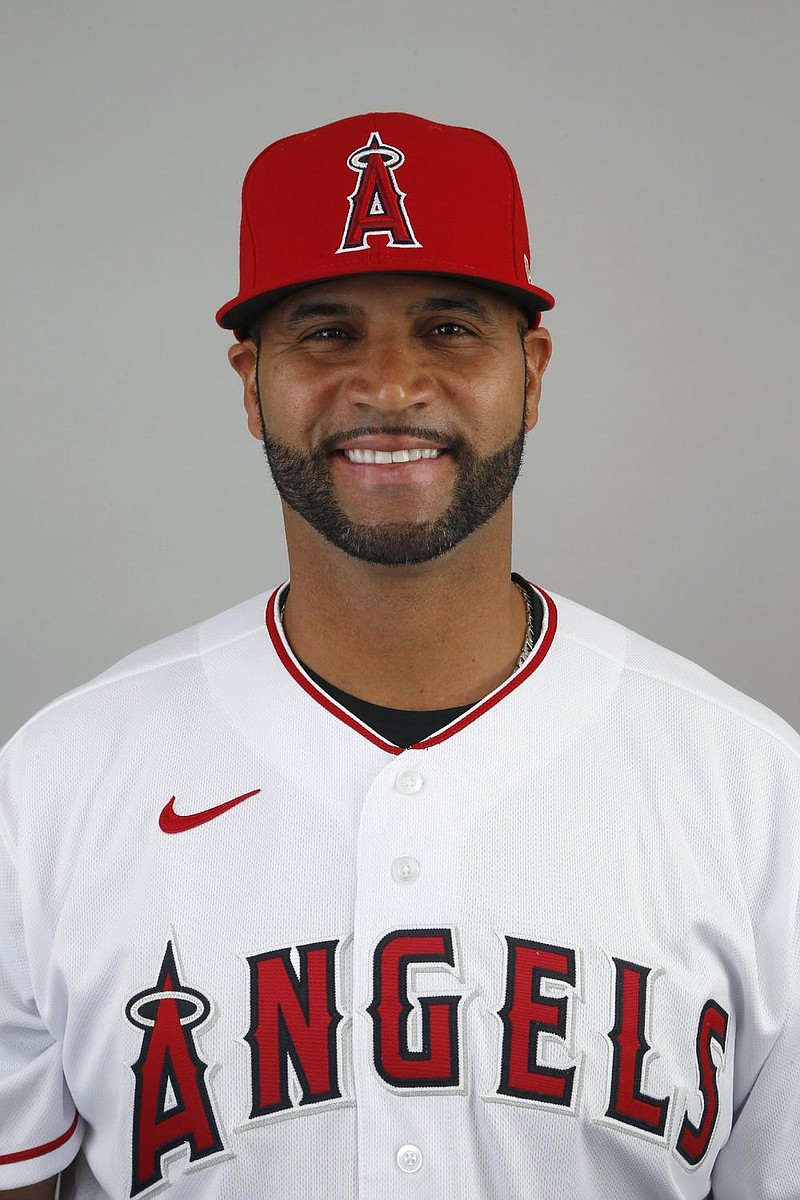 This is a 2020 photo of Albert Pujols of the Los Angeles Angels baseball team. This image reflects the Angels active roster as of Tuesday, Feb. 18, 2020. (AP Photo/Ross D. Franklin)

Not shopworn and withered. More calm and enlightened.

Consider his thoughts on the 100-plus games that were wiped out by the coronavirus pandemic. The three-time MVP is 40 and in the penultimate season of his 10-year, $240 million contract with the Angels. Instead of bemoaning the loss of precious time that remains in his storied career, Pujols presented a level-headed viewpoint.

"I don't think it's disappointing at all," Pujols said in a video conference hosted by the team. "I won't use that word because it's something that was worldwide. So everybody [was affected]. I think to say 'disappointed' is being selfish, and that's the last thing I want to be."

The perspective could be a touchstone for the Angels as they embark on a season unlike any other.

When the unpredictable strikes, his poise should be a source of stability. When the 60-game season unfolds at an unfamiliar rhythm, his expertise should provide guidance.

With his production declining and annual salary approaching $30 million, the most commonly asked question regarding Pujols pertains to whether he should still be on the roster. Under these circumstances, the better question might be, how can he not?

"I think he will be an anchor to a lot of guys out there," Angels Manager Joe Maddon said.

Pujols already bailed out owner Arte Moreno last month when he committed to paying the salaries of the organization's furloughed staff members in the Dominican Republic.

What Pujols has to do for the Angels on the field should also be manageable for him. The team's success won't depend on him hitting like the Pujols of old, as their lineup features not only Mike Trout and Anthony Rendon, but also Shohei Ohtani, Justin Upton and Andrelton Simmons.

Pujols batted a modest .244 last year, but nonetheless managed to whack 23 home runs and drive in 93 runs. His know-how in the batter's box remains particularly valuable with runners in scoring position, situations in which he hit .294 last season.

As for how much he makes, blame baseball's quirky salary system. Production and compensation are rarely aligned. They certainly weren't at the start of his career. Pujols earned a combined $1.7 million over his first three seasons, when he hit .334 while averaging 38 home runs and 128 RBI. Consider this back pay.

Maddon will be counting on Pujols to contribute to the clubhouse culture as well. The manager started getting to know Pujols on a personal basis in December when he attended a charity function hosted by the first baseman's foundation in St. Louis. Maddon was seated at the same table as Pujols and Tony La Russa, Pujols' longtime manager with the St. Louis Cardinals and current Angels adviser.

"Guys like Albert, he has one agenda," Maddon said. "He is definitely a level-five, all-I-want-to-do-is-win guy."

Pujols will start the season fourth in career RBI with 2,075. He is sixth all-time with 656 home runs. With this season shortened, if he doesn't play after his contract expires next year, some statistical benchmarks figure to be out of reach -- such as 700 home runs or Hank Aaron's RBI record of 2,297.

"People asked me the same thing, oh, because numbers this and that," Pujols said. "But guys, when are you going to learn? This is not about Albert Pujols. This is about the Angels organization and what I'm supposed to do to help my team win."

Pujols said the game has become more enjoyable because of improved health. This was the second consecutive offseason in which he didn't have any surgeries.

"I think I enjoyed it last year and I'm going to enjoy this season again," he said. "And hopefully, we get into the postseason and I can enjoy it more."

Pujols has already started to advise his teammates on how to make that happen.

"Every game is like a playoff game," he said. "You don't have 162 games. Right out of the gate, you have to be ready to go. The team that has the advantage is the team that is ready to play mentally, physically."

If the Angels can be that team, the public itself could gain a new perspective, transforming Pujols from financial burden to triumphant leader.