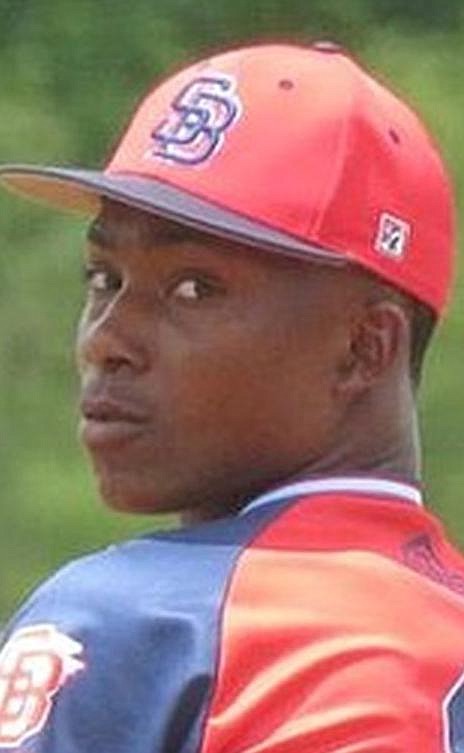 Markevian "Tink" Hence has some experience with signing autographs for fans, but it's a whole different ballgame nowadays.

"I'd actually signed about five or six autographs in the past," he said. "It's nothing like what I've been doing lately, though. It's just one of the things I'll have to get used to now."

Putting ink to paper more often isn't the only new experience Hence will have to get used to as a member of one of the most decorated franchises in Major League Baseball.

Responsibilities will come in bunches for the 17-year-old pitcher from Watson Chapel who's about to embark on a journey he had envisioned long before the Cardinals selected him with the 63rd pick in last month's Major League Baseball Draft.

But Hence doesn't come off as a starry-eyed kid who is nervous about what lies ahead. He said he is determined to meet whatever comes head on.

"Literally in just one signing, my whole life changed," Hence said. "It's been amazing, though. Just being able to experience some of the things that I have so far. It's just crazy.

Hence, who signed for a bonus of more than $1.1 million, recently got a chance to take some time off to watch his little brother, Blaise, play in a tournament in Lake Charles, La. But the 6-1, 175-pound right-hander is eager to get back to work.

"I just wanted to get away from things for a little bit," Hence said. "Kind of wanted to relax some. I know the minor-league season has been canceled, but that's not going to keep me from doing workouts and getting myself ready. But I can't wait to get things started back up."

He said he fell in love with the Cardinals organization almost as soon as he set foot on Missouri soil during his trip to the state last month. It was further solidified when he walked through Busch Stadium.

"They have an area that's close to the field where a lot of the fans are," said Hence, who traveled to St. Louis on June 25 to sign his deal. "On that day, there were like 10 people there with me and one of my friends, Masyn Winn, who also signed with the team. We were down there, playing around and things, and people were asking if I was Tink Hence.

"You could tell they knew about every move the Cardinals made. Just to go up there and people already know who you are is an amazing feeling."

Winn and Hence have known each for quite some time, striking up a friendship when they played summer baseball for the Arkansas Sticks. The two previously had signed to play for Dave Van Horn at the University of Arkansas, but both were widely expected to be taken early in the draft. The Cardinals nabbed the duo nine picks apart (Wynn was selected 54th), allowing both to have a familiar face around as they work through the minors.

Just the thought of playing in the major leagues is enough to excite Hence.

"Signing that contract was a relief, to be honest," he said. "Just to get all of that out of the way and not have to worry about it.

"Now I can just really work out and focus on the things I need to do. We have an app where [the Cardinals] send workouts to us that they have planned for every day. They send all of those in order for us to have a head start for whenever we play.

"With the minor leagues shut down, we're not sure what's next, but we want to be ready just in case."