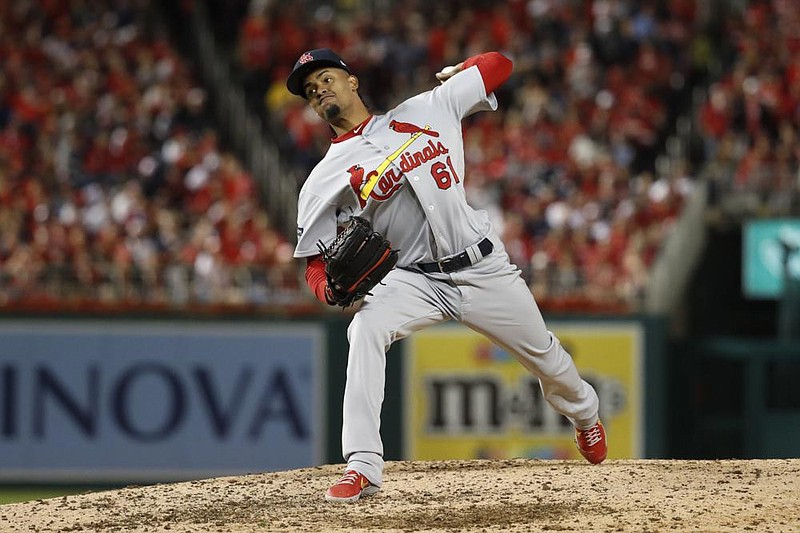 Another day without relievers Giovanny Gallegos, Alex Reyes and Genesis Cabrera on Sunday, and Cardinals Manager Mike Shildt barely can count on them being ready for the start of the season later this month as summer camp has reached the halfway point.

Cabrera, as well as infielder Elehuris Montero and left-hander Ricardo Sanchez, tested positive for a second time for covid-19, but he still is asymptomatic and in St. Louis, Shildt said.

"They're chomping at the bit to get back, but they still have to be cleared from a medical perspective," Shildt said. "The other guys are doing what they can to get back into camp."

There is no official word linking the virus to Gallegos, who remains in Mexico, and Reyes, who is here. Both Reyes and his representative have declined to comment on his status.

Thus, on a potential 17-man staff there would seem to be at least those three openings.

"It's going to be a challenge, clearly [for Cabrera, Gallegos and Reyes]," said Shildt. "Every day that goes by and they're not here is more of a challenge.

"The biggest two factors will be when they get here and how they look, and how they can get ready without us feeling like we're rushing them."

With the bullpen in flux, Jake Woodford -- normally a starter who relieved some this spring -- worked two innings out of the bullpen Sunday, then another inning after the five-inning intrasquad game ended in a 3-3 tie.

"He's had a couple of saves the last couple of years in spring training. He's being built up as a starter, but the fact of the matter is that if he comes and helps us, it may be in that relief situation," Shildt said.

Woodford, who hasn't pitched yet in the majors, was 9-8 at Memphis last year and started the Class AAA All-Sar Game.

One of the relievers Shildt knows he will be depending on is left-hander Andrew Miller, who struck out left-handed batters Kolten Wong and Matt Carpenter with the winning run at second base.

"That was vintage Miller," Shildt said. "I didn't really have a ball leave the infield," said Mikolas. "So I'm pretty happy with that."