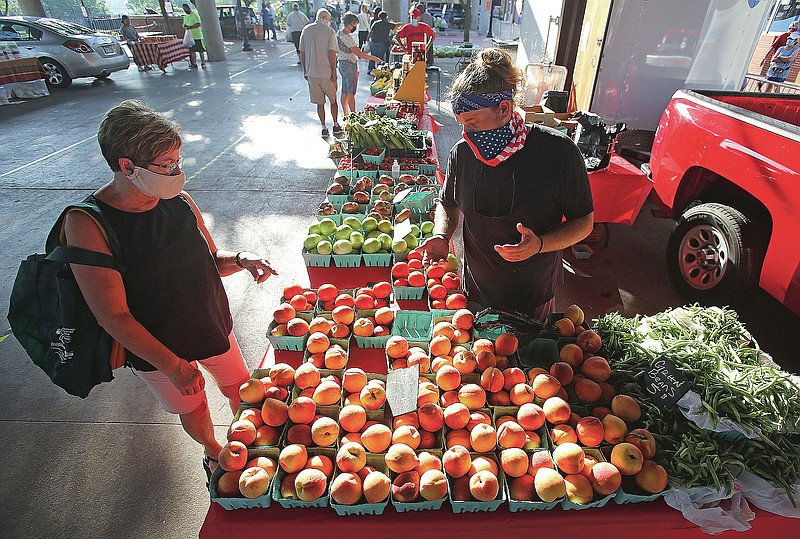 In a more normal year, it would be open on Saturdays beginning in May. But this year, its organizers waited to first see how other large farmers markets would handle the coronavirus challenges, according to Diana Long, director of operations for the Little Rock Convention and Visitors Bureau.

"We studied other farmers markets that had opened in Memphis and Hot Springs, and went down there and checked it out, and said 'OK, I think we can do this,'" Long said. "We wanted to see how it was going for other markets. Is it worth it or not?"

Long spoke earlier this year when farmers markets were divided on whether they would or could open this year. At the time, the biggest concerns preventing them from opening was the ability to find enough hand sanitizer and being able to follow U.S. Centers for Disease Control and Prevention guidelines on such things as distancing and masks.

Now the market is open with hand sanitizers at every vendor's stand and a maximum of 95 people allowed into the shopping area at any one time, Long said.

"There was a lot of demand to open up the farmers market, and it took us a while," she said. "It takes quite a bit of planning to come up with a whole new standard of operation for something this big with the social distancing and the spacing it out, and confirming the vendors who felt comfortable enough to come."

The process is going to "evolve," Long said, with area infection numbers closely monitored, and vendors and customers judging whether going to the market is worth the risk and the trouble.

"If the vendors do well today and they want to come back, and they're willing to wear a mask and be out here in 100-degree heat and all that, then we'll keep doing it," Long said. "If at any point if they say 'we don't want to come back. It's just not worth it,' then we would end it."

On Saturday, the market attracted about half the customers it normally would, Long said. She hopes that if customers had good experiences Saturday more will show up going forward.

People are cautious about congregating, she said. She hopes those at the farmers market Saturday will see how vendors were spaced out and the number of shoppers was limited, and feel comfortable about spreading the word for next weekend.

The vendors have faced challenges, with many having to set up in different areas than they're used to and having to sell differently.

Kimberly Bratton of BatchLife Bakery had hoped that with money made this season at the farmers market she could start a food truck business offering baked sweets. That's still her plan, but she said she'll have to get a loan now in order to open the truck.

"Seeing as how I'm working for a food truck, this season the money was all going to go toward getting that done," Bratton said. "I thought that it just wasn't going to happen at all" this year. "But since it is going to happen, I'm able to make some money to put toward that goal."

Many of the vendors have found success selling online or promoting their individual vending locations. George Bond, for example, has sold his goods at hospitals in Central Arkansas this year.

"I started with St. Vincent's hospital, and they liked it so much, I called UAMS, and I said 'Do you want a farmers market,'" Bond said. "It took me about a year, but this year I opened it up."

Bond said sales at the two hospitals have made up for what he would normally make at the River Market.

"It's been above even," Bond said. "But it's been different. You can't just sit there and wait. You've got to get out there and get it, and anyone willing to work hard can still make money during the pandemic," he said. 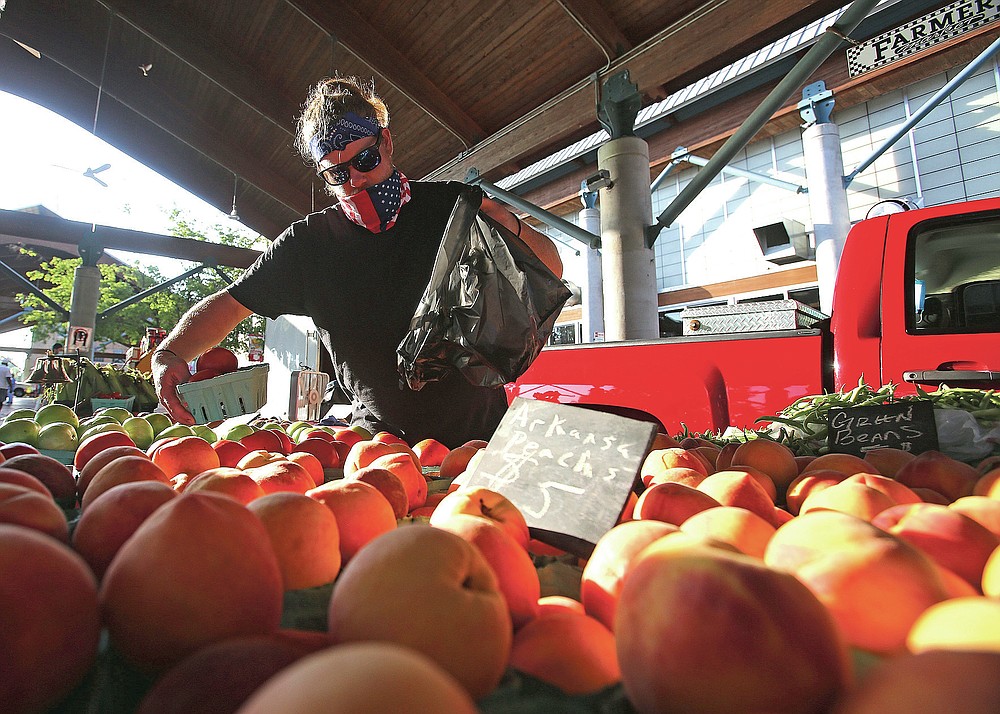 Dillon Bond bags up peaches for a customer during the first day of the Little Rock Farmer's Market on Saturday, July 11, 2020, at the Little Rock River Market. See more photos at www.arkansasonline.com/712farmers/ (Arkansas Democrat-Gazette/Thomas Metthe) 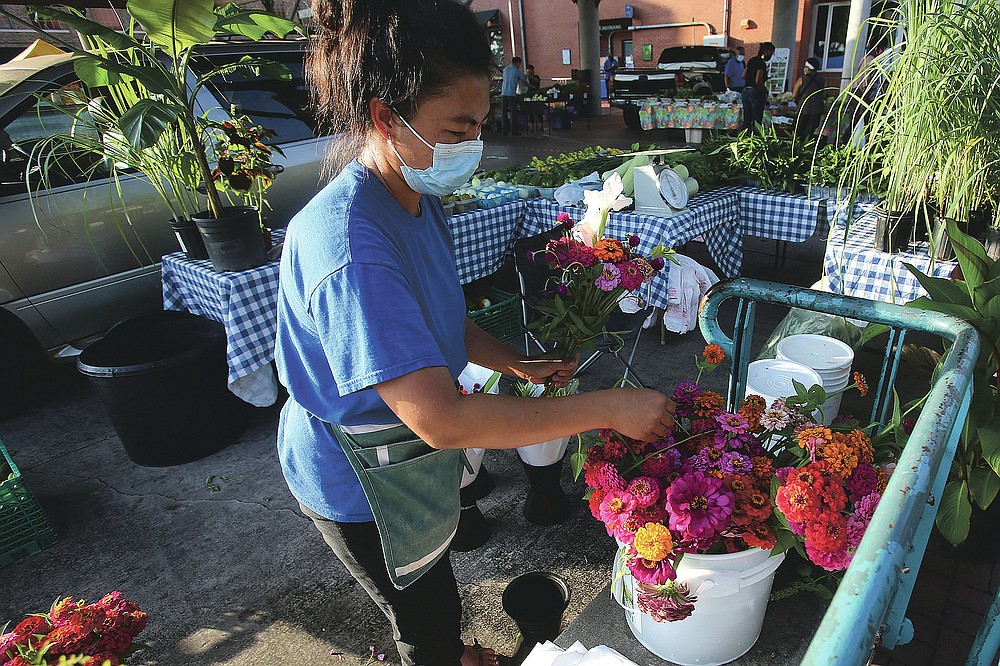 Saduly Vang puts together flower bouquets at her stand during the first day of the Little Rock Farmer's Market on Saturday, July 11, 2020, at the Little Rock River Market. See more photos at www.arkansasonline.com/712farmers/ (Arkansas Democrat-Gazette/Thomas Metthe)