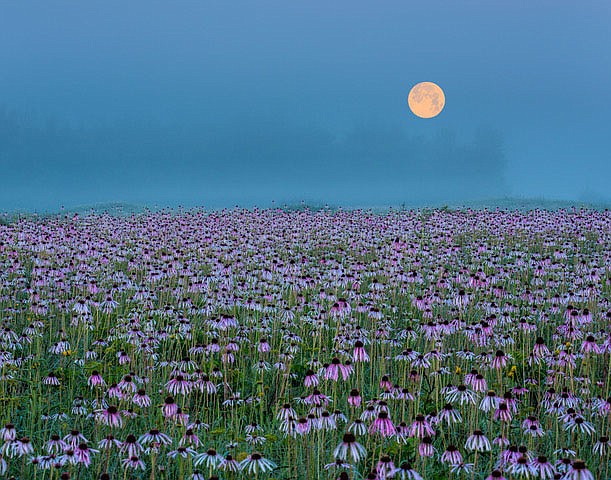 Tim Ernst has been a professional nature photographer for 45 years. Yet he says he still enters the Arkansas wilderness "a wide-eyed little kid with camera and tripod."

"I still kind of 'feel' my way around until I am drawn into a scene," he elaborates. "I still set up and take hundreds of pictures like I always have, never knowing if anything will turn out well until later on. Digital has made some of that process a little cheaper! I typically shoot 40,000 to 50,000 pictures a year or more, which was very expensive when shooting and processing film 40 years ago."

Surprisingly, Ernst says the actual photography -- although he clearly loves doing it -- is not the best part of the process for him.

"What I enjoy the most is when a satisfied customer walks away with a big smile on their face because one of my images has made their heart sing," he says. "Icing on the cake is when they are carrying a new picture book, print or calendar. This is, after all a job for me; I don't get paid to take pictures, only when someone buys something."

Conversely, he adds, his least favorite part of the job is "having to sell my work. I'm a terrible and reluctant salesman -- most artists are the same -- but that's about 90% of the job. Taking pictures is maybe 5%."

Ernst's work is currently on show at the Fort Smith Regional Art Museum, and he's delighted by the opportunity.

"It's the largest collection of my canvas photographs that have ever been assembled in one place for public display -- other than at our own gallery near Ponca/Jasper," he says. "Since our gallery is only open a few days a year -- or by appointment -- and we are so far out in the country that our gatherings are rather small, the FSRAM exhibition gives a lot of folks the opportunity to view these big prints up close and see the fine detail."

He hopes his work will inspire "some sense of appreciation for the great natural beauty that we have here in Arkansas, and that our wild areas are worth protecting -- now and forever."

"I think my inspiration to become a nature photographer came from being drawn to the outdoors and away from people since I was a little kid," Ernst muses. "The lure of wilderness solitude and great natural beauty kept me going back. When I got my first camera while in college, it seemed like a perfect match -- taking pictures of the wilderness where I felt most at home."

That doesn't mean it's all been magical. Ernst says he can't name a favorite photo -- "I've taken more than 3 million photos; when I close my eyes there are quite a few that race across the screen" -- but he doesn't hesitate to tell a story about one that's in the FSRAM exhibit, even though it requires him to laugh at himself.

"It was late in the day when I arrived at Cedar Falls at Petit Jean State Park," he begins. "The sun was setting, and I was scrambling to find a scene of the great waterfall with fall color to photograph -- and wasn't having any luck. In fact I gave up, packed up my camera gear, and started to hike back out; this was after sunset, and so it was getting dusky-dark already.

"After hiking 100 yards away from the falls, I realized the sky above was turning colors from the sunset, which was then reflecting down onto the waterfall and trees around it. The only view of the falls that I could find quickly before the light went away was from out in the middle of the creek. There was literally only a minute or two -- or less -- to act in time to take a picture, and since I didn't want to wade into the water with all my clothes on, I shucked off my boots and jeans and splashed on in.

"In my underwear now -- and hoping there weren't any tourists lingering around -- I set up my tripod in the middle of the creek and made two 30-second exposures, which was the length of time required to get the scene exposed properly in the dim light. I got my picture! As I picked up my tripod and camera to wade back to the shore, the sky opened up and it began to rain. I looked over at my jeans and boots getting soaked and just had to laugh. Turns out that I have spent a great deal of time in the middle of creeks these past 45 years trying to get good pictures -- only most of the time I keep my pants on!"

Ernst says the effects of the pandemic have cut deeply on the financial side of things, as they have for most artists of any kind.

"Our three new picture publications will still be for sale direct from us online, or at many local outlets around Arkansas, but it's just not the same as attending one of our slide programs and seeing all the pictures up on the big screen," he says. "That's perhaps the biggest loss for me personally, is not being able to experience the joy and excitement that folks experience in person.

"As for the photo part -- the great Arkansas wilderness was not impacted by this and has been as beautiful as ever!" 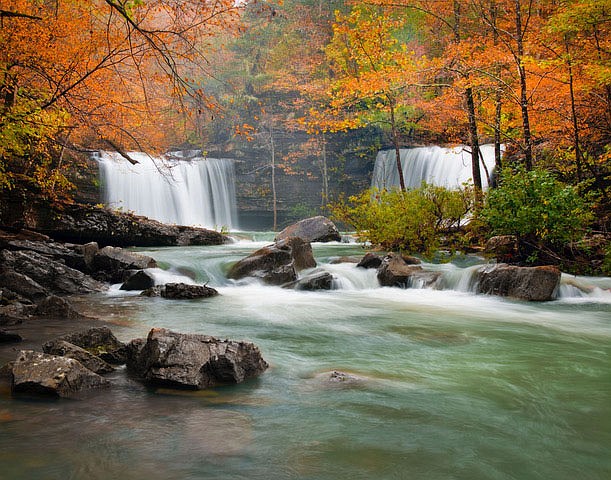 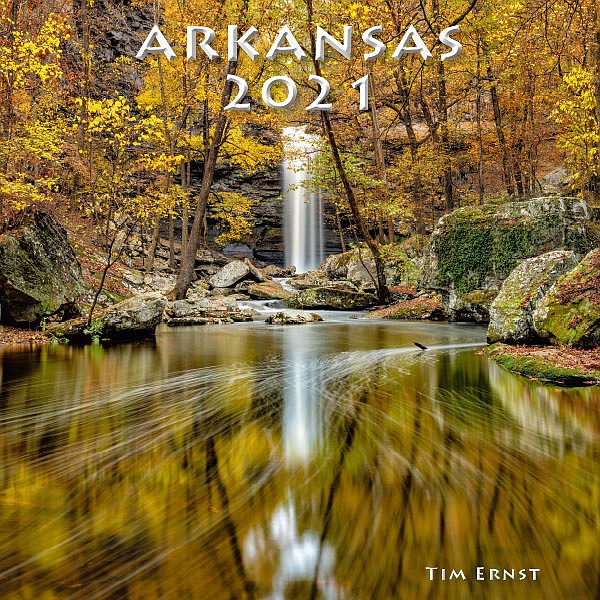 Tim Ernst's fans always look forward to the annual calendar featuring his photographs. This year, they'll be available from his website instead of the usual slideshows at libraries and museums. (Courtesy Photo/Tim Ernst) 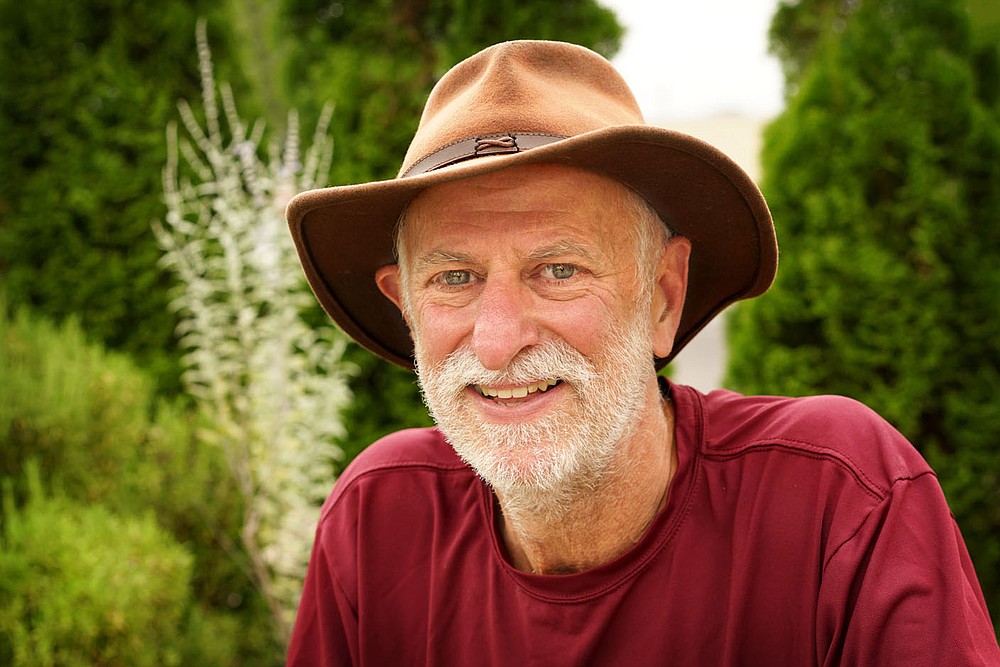 Tim Ernst says he's "spent a great deal of time in the middle of creeks these past 45 years trying to get good pictures," then he launches into a funny story about the lengths he's willing to go to. (Courtesy Photo/Tim Ernst)
More News